The Sree Sankaracharya University of Sanskrit (SSUS) is a Sanskrit university in India established in 1993 in Kalady, Kerala. It provides education in Sanskrit, other Indian and Foreign languages, Social science and fine arts. It is accredited A+ by National Assessment and Accreditation Council (NAAC). The university has eight regional campuses across Kerala.

The university functions through nine regional centres, namely Kalady (main campus), Thiruvananthapuram, Thrissur, Panmana, Thuravoor, Ettumanoor, Tirur, Koyilandy and Payyannur.[ citation needed ] Most of these campuses are located in rural areas of the State, intending to serve people from disadvantaged backgrounds. More than ninety percent of the students and research scholars in the University are from economically and socially backward communities and families and more than seventy percent are women.[ citation needed ]

The university consists of the following departments. [1]

Unni is used as a first name in Kerala, India. In the Malayalam language, it is also used as an adjective meaning an infant boy. Thus, Unnikrishnan or Unnikannan means Lord Krishna in the infant form and Unniyesu means Yesu in the infant form. The word is also the name of a caste among Hindus in the Southern India State of Kerala.

Kalady or Kaladi is a town located between Angamaly and Perumbavoor, east of the Periyar river, near to Malayattoor in Ernakulam district of Kerala, India, not far from Cochin International Airport. It is notable as the birthplace of 9th century Indian philosopher Adi Shankara. 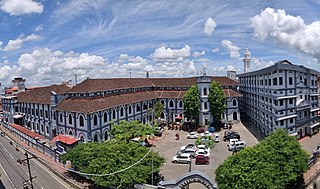 St. Thomas' College (Autonomous), Thrissur is a government aided college located in Thrissur, Kerala, India. It is founded by Mar Adolph Medlycott in 1889. It is the oldest college in the Erstwhile Princely State of Cochin and present day Thrissur district. It is the second private college to be recognised as a first grade college under the University of Madras. It is the first Catholic college in Kerala and is conducted by the Syro-Malabar Catholic Archdiocese of Thrissur.
The college is affiliated with the University of Calicut. The College attained Autonomous status in 2014 and was recognised as College with Potential for Excellence by University Grants Commission in 2016. The College was accredited with A++ grade in its fourth cycle of National Assessment and Accreditation Council (NAAC) accreditation, scoring CGPA of 3.70 on four point scale in October 2022.

The Maharaja's College is a government college of higher education located in Kochi, Kerala. Established in 1875, it is one of the oldest colleges in India. Located in the heart of the city, the college is spread over a campus of 100,000 square metres on the banks of Vembanad Lake. Blanketed by tall and rare species of trees, its campus features is a mix of old and modern architecture and covers a total area of 19,525 m2 (210,170 sq ft), providing infrastructural facilities for the 22 departments of the college. 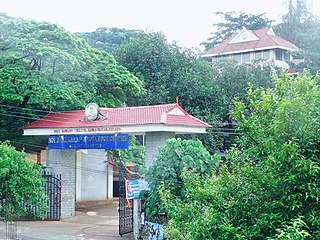 Sree Sankara College was founded in the year 1954 by Swami Agamananda, a social reformer and a foresighted scholar of Sri Ramakrishna Advaita Ashram. The institution was established with a view to perpetuating the memory and doctrines of the great saint and philosopher, Adi Sankaracharya and to nurture his birthplace as a cultural citadel. The foundation stone was laid on 28 August 1953 by the Maharaja of Travancore in the presence of the Maharaja of Cochin and several other distinguished personalities. The Sree Sankara College Association was formed in July 1954.

Nambrathkara is situated 4 km away from Koyilandy in the Indian state of Kerala.

Sree Narayana College, Nattika is a Government aided college in Nattika, Thrissur District of Kerala, India. It was founded in the name of Sree Narayana Guru in 1967. It is affiliated to the University of Calicut.

V. R. Prabodhachandran Nayar, popularly known as VRP Nayar, is a Phonetics expert of Kerala. He is the pioneer in the study of the phonology of the Malayalam language. Apart from phonology, he is also interested in syntax and stylistics.

The Sree Sankara Vidyapeetom (SSV) college is a college in Kerala, India, located at Valayanchirangara, a village on the outskirts of Perumbavoor town.

Sree Neelakanta Government Sanskrit College Pattambi (SNGS) is a NAAC A+ graded government college located in Pattambi of Palakkad district in Kerala, India. It is recognized as the ‘Centre of Excellence’ in the field of higher education by Government of Kerala.

Surabhi C. M., also known as Surabhi Lakshmi is an Indian film, television, and stage actress who appears in Malayalam films and television. She won the National Film Award for Best Actress in 2016 for portraying the role of a struggling middle-aged mother in the Malayalam film Minnaminungu.

Rajith Kumar R. is an Indian lecturer, actor and Bigg Boss participant from Kerala who has won numerous awards for television programs and also social activist.

Sree Narayana College is an educational institution situated in Varkala, municipality of Trivandrum, in the state of Kerala, India. The college is located on a small hilltop with a campus encompassing hundreds of acres in Sreenivasapuram area of Varkala municipality. The college is affiliated with Kerala University. 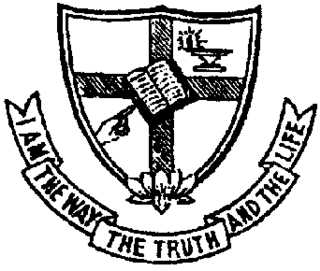 Mar Thoma College is an institution of higher education located in Tiruvalla in the south Indian state of Kerala. The college is affiliated with Mahatma Gandhi University and offers 12 undergraduate, 10 post-graduate, and 7 doctoral programmes. The college is accredited by the National Assessment and Accreditation Council (NAAC). The college ranked 92 in All India Ranking by National Institutional Ranking Framework (NIRF) in 2019, 84th rank in 2020 and 80th rank in 2021.

Sneha Sreekumar is an Indian actress and dancer who appears in Malayalam films, television serials and theatre dramas. She is best known for playing the character of Mandodari in the TV sitcom Marimayam. She is also a professionally trained dancer with 15 years of experience in dance forms like Mohiniyattam, Kuchipudi, Kathakali, Ottan Thullal, and Bharathanatyam

Vijilesh Karayad is an Indian actor works in malayalam cinema, known for his performances in Maheshinte Prathikaaram, Varathan, kothth and Krishnankutty Pani Thudangi.

Noonhil Vadakkemadathil Padmanabhan Unithiri is a multilingual scholar, author, researcher, poet, progressive thinker, translator and teacher from Kerala, India. He has authored around 200 books in Sanskrit, Malayalam and English languages including translated works.

Vijayakumar Menon was an Indian art critic, writer, translator and art teacher from Kerala. He was a winner of several awards including the Kerala Lalithakala Akademi Award for best book on art, Kerala Sahitya Akademi’s endowment for scholarly literature, Kesari Puraskaram, and Gurudarsanam Award.

Wikimedia Commons has media related to Sree Sankaracharya University of Sanskrit .
This page is based on this Wikipedia article
Text is available under the CC BY-SA 4.0 license; additional terms may apply.
Images, videos and audio are available under their respective licenses.