The early congregation was mainly Foreign Protestants, including Lutheran Germans. The first missionary was sent by the Society for the Propagation of the Gospel was the Rev. Jean-Baptiste Moreau (clergyman) (who is buried in the crypt below the church). [1] Dettlieb Christopher Jessen donated a church bell that is displayed on the church grounds. (Jessen had the bell made by the Whitechapel Bell Foundry in London, the same company that made Big Ben and the Liberty Bell.) Jessen also donated a silver Paten and Chalice to the church (1814). Bells in the tower were given by Lt. Col. Charles Edwin Kaulbach (1902). Rev. Roger Aitken completed the rectory for the church on Townsend Street (c.1816). [2] The stone monument to John Creighton Sr. in the church was created by John Bacon (1777–1859), a nineteenth century sculptor. He created six monuments in St. Paul's Cathedral and many in Westminster Abbey.

The church remains a vibrant spiritual centre within the community and beyond. It is part of the Diocese of Nova Scotia and Prince Edward Island in the Anglican Church of Canada. The parish welcomed their first female rector, the Rev. Dr. Laura Marie Piotrowicz, in January 2019.

St. John's Church was built during the French and Indian War, using the wood salvaged from an older disassembled church building. When King's Chapel in Boston, Massachusetts, was expanded, its new stone structure was built around its original wooden church, which continued to be used. Then, when that new stone building was completed in 1754, King's Chapel's old wooden frame was disassembled from inside, removed through the new building's windows, and shipped to Lunenburg. [3] Early on 1 November 2001, St. John's church suffered significant damage by fire. It was restored and re-dedicated June 12, 2005. [4] During reconstruction a mystery emerged concerning numerous stars painted within the Church, and which subsequently garnered the interest of international media and astronomers, as the remarkable star scene over the apse may convey the night-sky on the first Christmas (some 2 millennia ago) as seen from Lunenburg. [5] [6]

In 2005, the church contributed wood from a salvaged pew to the Six String Nation project. Parts of that material serve multiple functions within Voyageur, the guitar at the heart of the project, [7] including a back brace, a reinforcing strip and kerfing, all on the interior of the instrument.

There are 18 people buried in the crypt. 7 people are under age 17. The notable interments include:

Lunenburg is a port town on the South Shore of Nova Scotia, Canada. Founded in 1753, the town was one of the first British attempts to settle Protestants in Nova Scotia. 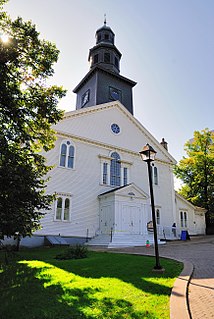 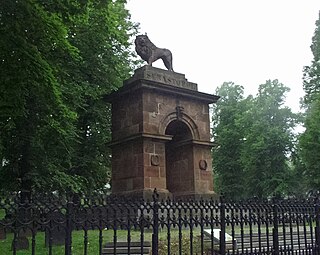 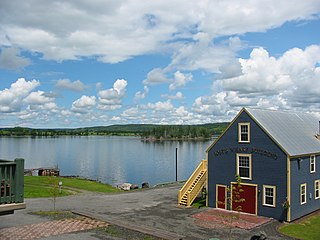 Dettlieb Christopher Jessen was one of the founding fathers of Lunenburg, Nova Scotia, and helped the village through Father Le Loutre's War, the French and Indian War and the American Revolution. He was German born. After his emigration to Canada, he became a militia leader, judge, and politician in Nova Scotia. His first name also appears as "Detleff". He represented Lunenburg County in the Nova Scotia House of Assembly from 1785 to 1793.

Sebastian Zouberbuhler was one of the founding fathers of Lunenburg, Nova Scotia.

John Creighton was one of the founding fathers of Lunenburg, Nova Scotia. He led the settlement through the turbulent times of Father Le Loutre's War, the French and Indian War and the American Revolution. He represented Lunenburg County in the Nova Scotia House of Assembly from 1770 to 1775. After establishing the town, he lived the rest of his life in the village until he died fifty-four years later. 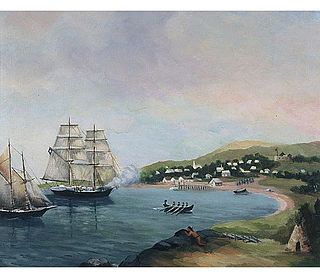 The Foreign Protestants were a group of French Lutheran and German Protestant immigrants to Nova Scotia. They largely settled in Halifax at Gottingen Street and Dutch Village Road as well as Lunenburg. 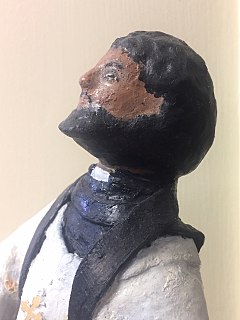 The Lunenburg campaign was executed by the Mi'kmaq militia and Acadian militia against the Foreign Protestants who the British had settled on the Lunenburg Peninsula during the French and Indian War. The British deployed Joseph Gorham and his Rangers along with Captain Rudolf Faesch and regular troops of the 60th Regiment of Foot to defend Lunenburg. The campaign was so successful, by November 1758, the members of the House of Assembly for Lunenburg stated "they received no benefit from His Majesty's Troops or Rangers" and required more protection. 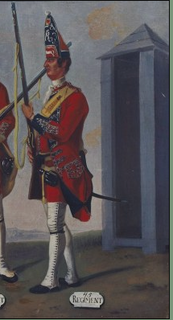 Major Patrick Sutherland served as commander at Fort Edward and then became one of the founding fathers of Lunenburg, Nova Scotia. He remained in command at Lunenburg until his death 15 years after establishing the town. He helped the village survive Father Le Loutre's War and the French and Indian War. During this time he quelled the Lunenburg Rebellion and built blockhouses to protect the village after the Raid on Lunenburg (1756). He participated in the Siege of Louisbourg (1758) and in protecting the village Lunenburg from the subsequent Lunenburg Campaign (1758). Sutherland became a justice of the peace (1759), custos rotulorum (1760) and a justice of the Inferior Court of Common Pleas for Lunenburg County (1760). 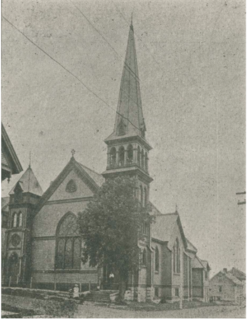 The Zion Evangelical Lutheran Church is a church in Lunenburg, Nova Scotia. The church is the home of the oldest active Lutheran congregation in Canada. German Lutheran settlers arrived in 1753 and held services in the open air and later at St. John's Anglican Church (Lunenburg). The first church on this site was built in 1772 in preparation for the arrival of its first pastor, the Rev. Mr. Friederich Schultz at Lunenburg. He stayed for 8 years.

James Cuppaidge Cochran (1798–1880) was an Anglican priest and editor in Lunenburg and Halifax, Nova Scotia. He was a minister at St. John's Anglican Church (Lunenburg) (1825-1852). He also published both the Colonial Churchman (1835-1840) in Lunenburg and later the Church Times in Halifax. While in Halifax, he supported the establishment of the Halifax School for the Deaf. He is the son of Rev. William Cochran (clergyman), the founder of King's College, Nova Scotia. 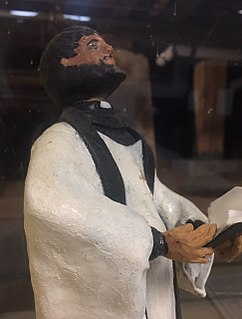 Jean-Baptiste Moreau was first minister at St. John's Anglican Church (Lunenburg) (1753-1770) and one of the founding fathers of the community. He was one of two missionaries who first arrived in Halifax with Edward Cornwallis (1749) and served at St. Paul's Church (Halifax). His wife had the first child born in Halifax and was named Cornwallis after the Governor. Then in 1753 he was sent to help establish Lunenburg, Nova Scotia. Rev Moreau served the community throughout the French and Indian War. He reported to Society for Propagation of the Gospel (SPG) in London, "…the number massacred by Indians in Lunenburg District during the War was 32." He learned the Mi'kmaw language and is reported to have baptised a number of Mi'kmaq children. He is buried in the crypt of St. John's Anglican Church

St. Andrew's Presbyterian Church is a church in Lunenburg, Nova Scotia. The congregation is the longest history of any Presbyterian congregation in Canada. After meeting at a private house, the congregation worshipped in St. John's Anglican Church (Lunenburg) (1759-1770). The first church was built in 1770 and the first minister was Reverend Bruin Romkes Comingo, who served the community for 50 years until he died at age 95 (1820). The current church was built in the neo-gothic style and dates from 1828. 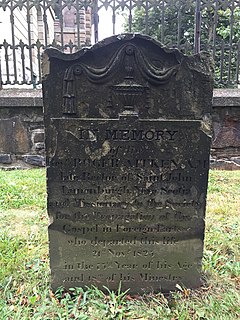 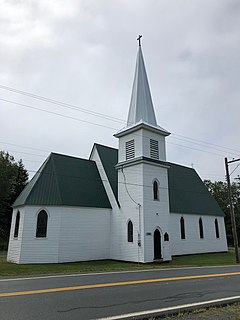