The Devil's Disciple is an 1897 play written by Irish dramatist George Bernard Shaw. The play is Shaw's eighth, and after Richard Mansfield's original 1897 American production it was his first financial success, which helped to affirm his career as a playwright. It was published in Shaw's 1901 collection Three Plays for Puritans together with Captain Brassbound's Conversion and Caesar and Cleopatra . Set in Colonial America during the Revolutionary era, the play tells the story of Richard Dudgeon, a local outcast and self-proclaimed "Devil's disciple". In a twist characteristic of Shaw's love of paradox, Dudgeon sacrifices himself in a Christ-like gesture despite his professed Infernal allegiance.

The setting is in the Fall of 1777, during the Saratoga Campaign.

Dick Dudgeon is an outcast from his family in colonial Websterbridge, New Hampshire. He returns their hatred with scorn. After the death of his father, Dick returns to his childhood home to hear the reading of his father's will, much to his family's dismay. Anthony Anderson, the local minister, treats him with courtesy despite Dick's self-proclaimed apostasy, but Dick's "wickedness" appalls Anderson's wife Judith. To everyone's surprise, it is revealed that Dick's father secretly changed his will just before he died, leaving the bulk of his estate to Dick. Dick promptly evicts his mother from her home, but also invites his cousin Essie (the illegitimate daughter of Dick's never-do-well uncle Peter), orphaned by the hanging of her father as a rebel by the British, to stay as long as she wants. At the end of the Act, Dick proclaims himself also a rebel against the British and scorns his family as cowards when they flee his home. He warns Anderson that the approaching army hanged his uncle in error, believing him to be a man of highest respect, unaware of his ill repute, [ clarification needed ] and that Anderson will be the example set in Websterbridge.

While visiting Anderson's home at the Reverend's invitation, Dick is left alone with Judith while Anderson is called out to Mrs. Dudgeon's deathbed. Perceiving Judith's distaste for him, Dick attempts to leave, but Judith insists he stay until Anderson returns. While they are waiting, British soldiers enter Anderson's home and arrest Dick, mistaking him for Anderson. Dick allows them to take him away without revealing his actual identity. He swears Judith to secrecy lest her husband give the secret away and expose himself to arrest. Anderson returns and finds his wife in a state of great agitation. He demands to know if Dick has harmed her. Breaking her promise to Dick, Judith reveals that soldiers came to arrest Anderson but Dick went in his place. Anderson is stunned. He grabs all his money and a gun and quickly rides away, ignoring Judith's appeals. Judith believes her husband to be a coward, while Dick, whom she despised, is a hero.

Dick is being held for court martial at the local British Army headquarters. Judith visits Dick and asks to be present at his trial. He allows it as long as she promises not to speak up. The proceedings are run by the charming British General Burgoyne. After some back and forth, where, among other things, Dick makes treasonous statements, it is decided the prisoner will be hanged at noon. Judith can no longer hold her tongue and tells the court Dick is not her husband, but this makes no difference—the sentence will still be carried out. The action moves to the gallows at the Websterbridge market place, where Dick is soon to be hanged. He is saved at the last second, however, by Anderson, now the commander of a militia that has won the day.

On 17 May 1987, BBC's Theatre Night broadcast a production of The Devil's Disciple with Patrick Stewart as Anthony Anderson, Mike Gwilym as Dick Dudgeon, Susan Wooldridge as Judith Anderson and Ian Richardson as General Burgoyne. [3]

General John Burgoyne was a British army officer, dramatist and politician who sat in the House of Commons from 1761 to 1792. He first saw action during the Seven Years' War when he participated in several battles, most notably during the Portugal Campaign of 1762.

Dick Barton – Special Agent is a radio thriller serial that was broadcast in the BBC Light Programme between 7 October 1946 and 30 March 1951. Produced and directed by Raymond Raikes, Neil Tuson, and Charles Lefaux, it was aired in 15-minute episodes at 6.45 each weekday evening. From 11 January 1947 an additional "omnibus" edition repeated all of the week's programmes each Saturday morning between 11.00 and 12.00. In all, 711 episodes were produced and the serial achieved a peak audience of 15 million. Its end was marked by a leading article in The Times. 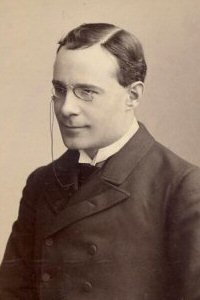 Richard Mansfield was an English actor-manager best known for his performances in Shakespeare plays, Gilbert and Sullivan operas, and the play Dr. Jekyll and Mr. Hyde.

Desmond Herbert Carrington was a British broadcaster and actor whose career spanned 75 years. He was best known for his weekly show on BBC Radio 2 which aired for 35 years, from 4 October 1981 until his final broadcast on 28 October 2016. He appeared in such films as Calamity the Cow (1967) and also acted on TV, where he became known for his role as Dr. Anderson in Emergency Ward 10. He was born in Bromley, Kent, England and lived in Perth, Scotland from 1995 until his death.

Sherlock Holmes and the Case of the Silk Stocking is a British television film originally broadcast on BBC One in the UK on 26 December 2004. Produced by Tiger Aspect Productions, it was written by Allan Cubitt and was a sequel to the same company's adaptation of The Hound of the Baskervilles, made for the BBC two years previously. Although Silk Stocking retained the same Dr. Watson, Ian Hart, this time the character of Sherlock Holmes was played by Rupert Everett. 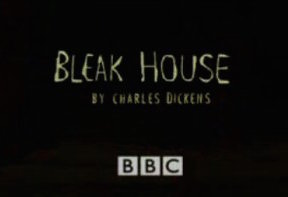 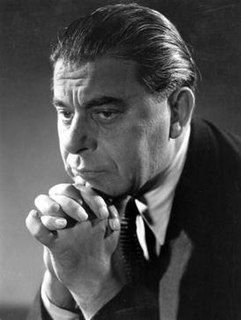 Tim Shaw is a British radio host, TV presenter and engineer. He is currently hosting a selection of factual engineering and science TV series on the National Geographic TV channel in both the US and International territories. He previously hosted TV series in the UK for Channel 4, Channel 5, More4, Virgin1, Discovery and Current TV. 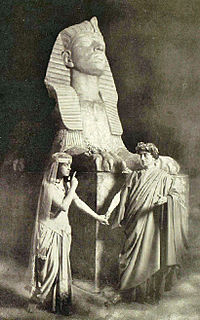 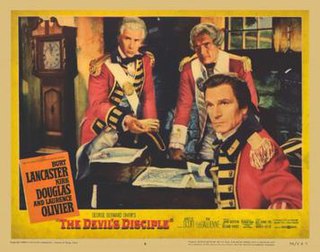 Elizabeth I of England has inspired artistic and cultural works for over four centuries. The following lists cover various media, enduring works of high art, and recent representations in popular culture, film and fiction. The entries represent portrayals that a reader has a reasonable chance of encountering rather than a complete catalogue. 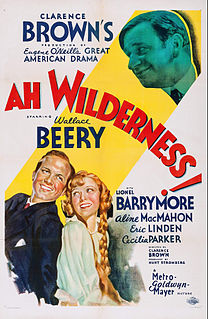 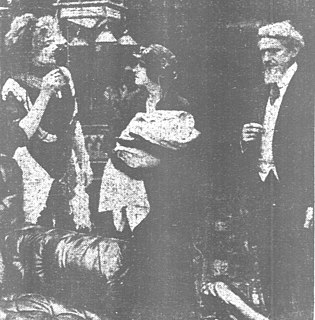 A Small Town Girl was a 1914 American silent drama film directed by Allan Dwan and featuring Lon Chaney, Pauline Bush and Rupert Julian. The film is now considered to be lost. 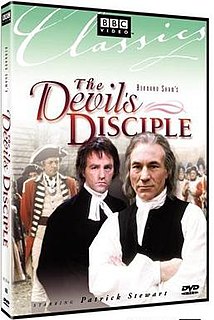 The Devil's Disciple is a 1987 television film adaptation of the George Bernard Shaw play of the same title.

Lucky Devils is a 1941 film from director Lew Landers. Maria Montez has a small role.

Estelle "Essie" Harrison is a fictional character from the BBC medical drama Holby City, played by actress Kaye Wragg. She first appeared in the series sixteen episode "My Name Is Joe", broadcast on 6 May 2014. Essie arrives at Holby City employed as an agency nurse working on the hospital's AAU and Keller wards. She is characterised as an opinionated nurse who is not afraid to challenge the healthcare system. She is also played as a warm person who makes a good friend for fellow characters and strives to provide excellent patient care. Her introduction to the show was controversial and featured the discovery that her grandfather Joe Goodridge was an escaped Nazi war criminal.

The twentieth series of the British medical drama television series Holby City began airing on BBC One in the United Kingdom on 2 January 2018, and concluded on 27 December 2018. The series consists of 52 episodes; a decrease from the previous series. Kate Hall serves as the series producer, while Simon Harper continued his role as the executive producer. Fifteen cast members reprised their roles from the previous series. Four actors departed during the series, including long-standing cast member James Anderson. Catherine Russell reprised her role as Serena Campbell from episode six. Throughout the series, multiple characters returned for guest stints, including Zosia March, Bernie Wolfe and Mo Effanga.

The twenty-second series of the British medical drama television series Holby City began on BBC One on 7 January 2020 in the United Kingdom. The series consists of 44 episodes. Jane Wallbank is the series producer, and Simon Harper is the executive producer. The series features an episode dedicated to Holocaust Memorial Day, a topical last-minute insert about the COVID-19 pandemic and a COVID-19-themed episode. Production for the drama was suspended between March and July 2020 due to the pandemic, which led to two transmission hiatuses during the series. Fifteen regular cast members reprised their roles from the previous series, four of which depart during the series, including long-serving cast members Hugh Quarshie and Rosie Marcel. Guy Self returns for a short stint and Raf di Lucca appears in a single episode, having been previously killed-off. The series also features the introduction of the show's first regular transgender character, Louis McGerry, and a guest appearance for actor and television personality John Barrowman as Drew Nicholson-Heath.

Ben Sherwood is a fictional character from the BBC medical drama Holby City, played by actor Charlie Condou. He first appears in the series twenty-one episode "Be True, Be Brave, Be Kind", originally broadcast on 19 December 2019. Ben is a locum consultant general surgeon. Condou's casting was announced on 3 September 2019 and he began filming at the show's studios that same month. Condou had been in contact with the show's casting team about a part on the drama for years prior to securing the role and he was offered the part without an audition.