Last updated May 27, 2021
This article is about the Spanish airline. For its sister companies, see Thomas Cook Group Airlines.

Thomas Cook Airlines Balearics S.L. was [1] a Spanish leisure airline that launched in 2017 and was previously owned by the Thomas Cook Group. After the collapse of its parent company on 23 September 2019, the airline itself was eventually declared insolvent on 26 December 2019, though it still operated some flights on behalf of Condor until it finally ceased all operations in January 2021.

The airline was established in October 2017 to help support the other airlines of the Thomas Cook Group. [2] [3] The airline filed for insolvency on 26 December 2019. [4] Despite filing for insolvency, the airline continued to operate some flights on behalf of Condor. [5] As per the portal Aviacion Digital, PANAF Holdings wants to buy the Spanish airline and continue operating it in a smaller form. [6] The takeover was successful however on 31 January 2021 it was decided that Thomas Cook Airlines Balearics would be shut down after a bleak outlook in the aviation sector. [1]

As of March 2020, the Thomas Cook Airlines Balearics fleet consisted of the following aircraft: [7]

Condor, legally incorporated as Condor Flugdienst GmbH, is a German charter airline based in Frankfurt. It operates scheduled flights to leisure destinations in Africa, the Caribbean, Europe, South Asia and North America. Its main base is at Frankfurt Airport with further smaller bases at other German airports.

TUI fly Netherlands, legally incorporated as TUI Airlines Netherlands, is a Dutch charter airline headquartered in Schiphol-Rijk on the grounds of Amsterdam Airport Schiphol in Haarlemmermeer, Netherlands. It is the charter carrier of the Dutch arm of the German travel conglomerate TUI Group and its main base is Schiphol Airport. 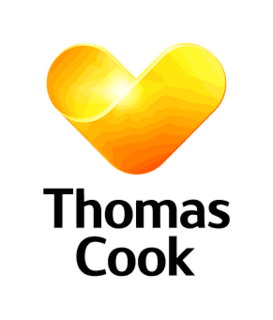 Thomas Cook Group plc was a British global travel group which was listed on the London Stock Exchange from its formation on 19 June 2007 by the merger of Thomas Cook AG and MyTravel Group until 23 September 2019 when it went into compulsory liquidation. The group operated as a tour operator and airline, in addition it also operated travel agencies in Europe. At the time of the group's collapse, approximately 21,000 worldwide employees were left without jobs and 600,000 customers were left abroad, triggering the UK's largest peacetime repatriation.

Privilege Style is a Spanish charter airline headquartered in Palma de Mallorca and based at Adolfo Suárez Madrid–Barajas Airport.

Lufthansa operates a mainline fleet consisting of Airbus narrow and widebody and Boeing widebody aircraft. The mainline fleet is composed of seven different aircraft families: the Airbus A320ceo Family, Airbus A320neo Family, Airbus A330, Airbus A340, Airbus A350 and Boeing 747 Series, as well as A340-600 & A380 which are currently out of service due to COVID-19. Additionally, Lufthansa currently has orders placed for their A320neo family to replace their ageing A320-200 fleet. There are also orders for new Airbus A350s, as well as two new Boeing widebody aircraft types: the Boeing 777X and Boeing 787-9. The 777X will replace the Boeing 747-400. The Boeing 787, together with the Airbus A350, will replace all remaining Airbus A340 aircraft.

flyEgypt is an Egyptian low-cost and charter airline headquartered in Cairo.

Norwegian Air UK Ltd was a British airline and a fully integrated subsidiary of low-cost airline Norwegian Air Shuttle, using its corporate identity. The airline operated Boeing 787-9 aircraft on scheduled services between Europe, Asia, and the Americas from its base at Gatwick Airport, south of London. In January 2021, Norwegian Air Shuttle announced it would cease all long-haul operations, which included those of Norwegian Air UK.

Lauda, legally Laudamotion GmbH, was an Austrian low-cost airline based in Concorde Business Park in Schwechat, near Vienna, Austria. It has been a subsidiary of Ryanair Holdings since 2018, as are Ryanair DAC, Ryanair UK, Malta Air and Buzz. Former Formula 1 World Champion Niki Lauda had a minority stake in Amira Air before buying it outright in 2016.

Thomas Cook Aviation GmbH was a German leisure airline launched in 2017 and a technical subsidiary of Condor. It operated scheduled flights exclusively on behalf of Condor to destinations throughout Europe, from its bases in Düsseldorf and Leipzig. In April 2020, the airline filed for insolvency.

Sunclass Airlines A/S is a Danish charter airline that operate charter services from Norway, Sweden, Denmark and Finland. The company is affiliated with Ving Group, a Nordic tour operator. It and Ving Group were a part of Thomas Cook Group until 23 December 2019 when Norwegian investor Petter Stordalen and Strawberry Group rebranded the company as Sunclass Airlines.