Top Fly was founded in 1998. The company also operated a pilot training schools, one based in Sabadell Airport and another in Monflorite, Huesca Airport. [1]

Top Fly operated both charter and air taxi services, as well as air medical services on demand to all European and Africa airports. Top Fly ceased commercial operations in November 2009. CanaryFly, a new airline, was founded by former Top Fly employees, inheriting some of the former Top Fly fleet. The company continued to trade as a Pilot Training school but in June 2012 went bankrupt. [2] 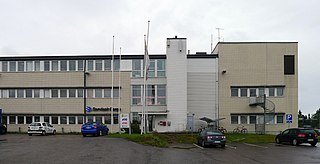 Hyannis Air Service, Inc., operating as Cape Air, is an airline headquartered at Barnstable Municipal Airport in Hyannis, Massachusetts, United States. It operates scheduled passenger services in the Northeast, the Caribbean, Midwest, and Eastern Montana. Flights between Hyannis and Nantucket, Massachusetts, are operated under the Nantucket Airlines brand, also operated by Hyannis Air Service, Inc. The company slogan is We're your wings.

Air North Charter and Training Ltd., operating as Air North, Yukon's Airline, is a Canadian airline based in Whitehorse, Yukon. It operates scheduled passenger and cargo flights throughout Yukon, as well as between Yukon and the Northwest Territories, British Columbia, Alberta, and Ontario. The airline also operates charter flights throughout Canada and Alaska. The airline also provides ground handling services and fuel services to other airlines throughout Yukon, and it also provides ground handling services at Vancouver International Airport and Edmonton International Airport. Its main base is Erik Nielsen Whitehorse International Airport. Air North is also a sponsor of many festivals in Yukon, and BC, a notable example would be the Atlin Arts & Music Festival, in which Air North donates $10,000 each year. 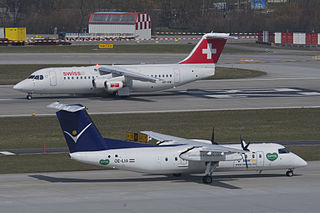 A regional airliner or a feederliner is a small airliner that is designed to fly up to 100 passengers on short-haul flights, usually feeding larger carriers' airline hubs from small markets. This class of airliners is typically flown by the regional airlines that are either contracted by or subsidiaries of the larger airlines. Regional airliners are used for short trips between smaller towns or from a larger city to a smaller city. Feederliner, commuter, and local service are all alternative terms for the same class of flight operations.

Empire Airlines is a passenger and cargo airline based in Hayden, Idaho, near Coeur d'Alene. It operates over 120 scheduled cargo flights a day in 18 US states and Canada. Recently Empire also started passenger service within Hawaii, under the name "Ohana by Hawaiian". Its main base is Coeur d'Alene Airport with a hub at Spokane International Airport. The company slogan is We Can Do That. 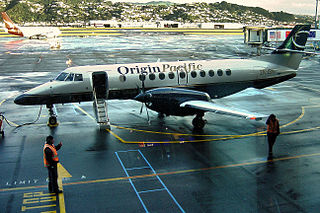 Origin Pacific Airways was an airline based in Nelson in New Zealand. Its main base was at Nelson Airport (NSN). It ceased passenger operations on 10 August 2006, and its residual freight operations on 15 September 2006. 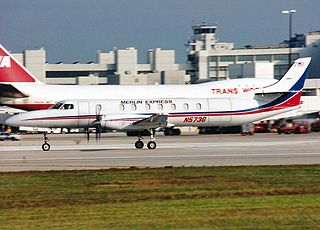 Merlin Express was a Part 135/121 cargo and passenger airline operating at its peak throughout the United States, North and South Caribbean, South America, Alaska, and Mexico. The airline began operations in 1983 as Sat-Air, a subsidiary of Fairchild Aircraft. UPS purchased 14 Merlin IV-C dedicated cargo aircraft from Fairchild and as part of the agreement, Fairchild agreed to provide crew and maintenance services for the aircraft. Similar contracts were signed with the United States Air Force for C-26 sales, though only maintenance add on services were included. Initially, all Merlin Express aircraft provided feeder service to United Parcel Service and were painted in UPS livery. In the ensuing years, the airline began to acquire additional aircraft from its parent Fairchild, and from the open market, incorporating freight service contracts for Federal Express, DHL, and Airborne Express. By 1998, Merlin Express was operating a fleet of approximately 30 Metro III, Merlin IV-C, and Metro II aircraft. In 1996, Merlin successfully gained certification as a passenger Part 121 carrier and operated passenger service routes in Alaska under contract for Yute Air. In 1997, Fairchild Aircraft acquired Dornier Aircraft of Germany and Merlin began preparations for the addition of D-328 aircraft to its fleet. As the airline's parent company began to confront cash problems, Merlin Express, Gen-Aero FBO Services, and other subsidiary companies of Fairchild Dornier Aerospace were sold-off in order to generate needed cash. Merlin Express was purchased by Corporate Air of Billings, Montana in 2000 and renamed "Merlin Airways". Fairchild Dornier Aerospace declared bankruptcy in 2002. Under new owners, Merlin Express' original route network was shrunk and was eventually centered on the airline's remaining hubs in Miami and San Juan, Puerto Rico. Currently based at Rafael Hernández International Airport in Aguadilla, Puerto Rico. The airline still flies to some Caribbean islands, the Turks and Caicos Islands and the Dominican Republic. 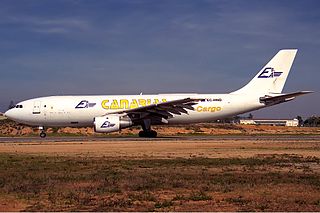