As of January 2007 LTE operated services to the following destinations in behalf of Air Asturias:[ citation needed ] 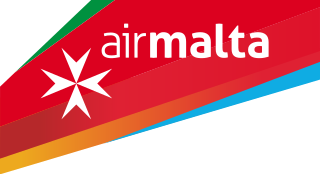 Air Malta plc is the flag carrier airline of Malta, with its headquarters in Luqa and its hub at Malta International Airport. It operates services to destinations in Europe, the Middle East and North Africa.

Swiss International Air Lines AG, commonly referred to as Swiss or Swiss Air Lines, is the flag carrier of Switzerland, operating scheduled services in Europe and to North America, South America, Africa and Asia. Zurich Airport serves as the hub, Geneva Airport as a focus city. The airline was formed following the bankruptcy in 2002 of Swissair, Switzerland's then flag carrier. The new airline was built around what had been Swissair's regional subsidiary, Crossair. Swiss retains Crossair's IATA code LX. It assumed Swissair's old ICAO code of SWR, to maintain international traffic rights. It is a member of Star Alliance and a subsidiary of the Lufthansa Group. Its headquarters are at EuroAirport Basel Mulhouse Freiburg near Basel, Switzerland, and an office at Zurich Airport in Kloten, Switzerland. The company's registered office is in Basel.

Freedom Air was Air New Zealand Group's low-cost airline which operated from December 1995 to March 2008. It ran scheduled passenger services from New Zealand to Australia and Fiji and charter services within New Zealand. Its main base was Auckland Airport.

Adria Airways d.o.o. was the flag carrier of Slovenia, operating scheduled and charter services to European destinations. The company's head office was at Ljubljana Jože Pučnik Airport in Zgornji Brnik, Cerklje na Gorenjskem, near Ljubljana. On 30 September 2019, the airline declared bankruptcy and ceased all operations.

Wizz Air, legally incorporated as Wizz Air Hungary Ltd. and stylised as W!zz Air, is a Hungarian low-cost airline with its head office in Budapest. The airline serves many cities across Europe, as well as some destinations in North Africa and the Middle East. It has the largest fleet of any Hungarian airline, although it is not a flag carrier, and currently serves 44 countries. Its Jersey-based parent company, Wizz Air Holdings plc, is listed on the London Stock Exchange and is a constituent of the FTSE 250 Index. As of 2018, the airline has its largest base at Budapest Airport with over 60 destinations. In 2019 the airline transported 39.8 million passengers.

Armenian Airlines was the state-owned flag carrier of Armenia.

Hellas Jet was a charter airline based in Athens, Greece, operating services to Greece from destinations in Europe. Its main base was Athens International Airport. Hellas Jet was a licensed scheduled and charter carrier, holding a JAA AOC and a Line Maintenance Certificate under JAA/EASA Part 145, both approved by the Hellenic Civil Aviation Authority. It ceased operations in 2010 due to economic difficulties. The repossession of two of their Airbus A320 aircraft, 87 and 88, was documented on Discovery channel TV programme Airplane Repo.

My Way Airlines S.r.l., operated as MyAir.com, was a low-cost airline based in Torri di Quartesolo, Vicenza, Italy. It operated scheduled services linking a dozen Italian cities and international flights to France, Romania, Bulgaria, Turkey, Morocco, Spain, Belgium, and the Netherlands. Its main base was Orio al Serio Airport, Bergamo, near Milan, until the Italian Civil Aviation Authority (ENAC) suspended their flights to and from Orio al Serio Airport. On 22 July 2009, ENAC announced a suspension of MyAir's licence, effective 00:01 CEST on 24 July.

Air Sénégal International was an airline with its head office in Dakar, Senegal. It was a regional carrier operating a scheduled domestic network and regional flights to neighbouring countries. It also operated charter and air taxi flights. Its main base was Dakar-Yoff-Léopold Sédar Senghor International Airport.

Eirjet was a charter airline with its head office on the grounds of Shannon International Airport in Shannon, County Clare, Ireland. It operated charter services to sun and ski destinations throughout Europe. Its main base was Shannon Airport.

Trans Mediterranean Airways SAL, styled as TMA Cargo, was a cargo airline based in Beirut, Lebanon. The airline restarted operations in 2010, following a six-year hiatus. It suspended operations once again in September 2014.

Brussels Airlines is the flag carrier and largest airline of Belgium, based and headquartered at Brussels Airport. It operates to over 100 destinations in Europe, North America, Africa and Asia and also offers charter services, maintenance and crew training. It is a member of the Star Alliance as well as the International Air Transport Association. The airline's IATA code SN is inherited from its predecessors, Sabena and SN Brussels Airlines. Brussels Airlines is part of the Lufthansa Group. 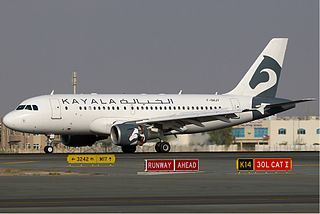 PAL Express, legally Air Philippines Corporation and formerly branded as Air Philippines and Airphil Express, is an airline under the ownership of Philippine Airlines. It acts as PAL's domestic division, with services from Manila, Cebu, Davao and Zamboanga.