Viva Air, whose complete name in Spanish was Vuelos Internacionales de Vacaciones (International Vacation Flights,) was founded on 24 February 1988 by Iberia and Lufthansa.

Deutsche Lufthansa AG , commonly known as Lufthansa, is the largest German airline and, when combined with its subsidiaries, also the largest airline in Europe in terms of passengers carried. The name of the company is derived from the German word Luft "air" and Hansa, the Hanseatic League. Lufthansa is one of the five founding members of Star Alliance, the world's largest airline alliance, formed in 1997.

Operations began with a320 aircraft. At the beginning flights were mostly from Germany to Spain, in particular to Palma de Mallorca. By 1992, the partnership between Lufthansa and Iberia dissolved and Iberia took over the operations of Viva Air. Shortly thereafter, Viva Air entered the Spanish domestic scheduled market using Douglas DC-9 aircraft but those were quickly replaced by the Boeing 737-300. [1]

The airline's aircraft stood out with their simple and colourful Joan Miró-style livery created by Spanish school children. It was intended to symbolise the Spanish sunshine which most of its passengers sought during their holidays. After the first few years of operation, the airline was one of the first subsidiary airlines of a major carrier (in this case IBERIA) to gain a foothold into London's Heathrow Airport from where Viva operated several scheduled services on behalf of its parent company using Viva callsigns and Viva flight numbers. 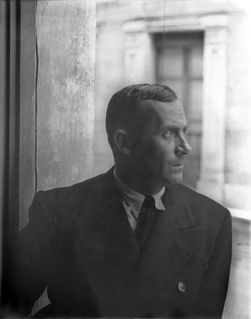 Since the scheduled flights were losing money, Iberia took over those routes and Viva Air was relegated to charter flights using Boeing 737-300 aircraft of which it had 10 in service by 1995.

Owing to heavy competition from other Spanish and European charter companies, Viva Air began to lose money and, by 1999, operations ceased and the airline was liquidated. Iberia took over all staff, aircraft and route licenses.

British Midland Airways Limited was an airline with its head office in Donington Hall in Castle Donington, close to East Midlands Airport, in the United Kingdom. The airline flew to destinations in Europe, the Middle East, Africa, North America and Central Asia from its operational base at London Heathrow Airport, where at its peak it held about 13% of all takeoff and landing slots and operated over 2,000 flights a week. bmi was a member of Star Alliance from 1 July 2000 until 20 April 2012.

Air California, later renamed AirCal, was founded by William E. Myers and Bill Perrera, a partnership of Orange County businessmen. It began as an intrastate airline operating solely within California.

Cayman Airways is the flag carrier airline of the British Overseas Territory of the Cayman Islands. With its head office in Grand Cayman, it operates mainly as an international and domestic scheduled passenger carrier, with cargo services available on most routes. Its operations are based at Owen Roberts International Airport in George Town, Grand Cayman. 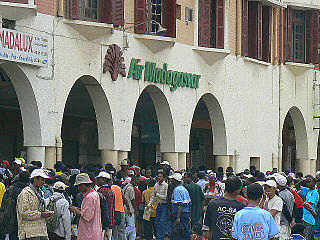 Société Nationale Malgache de Transports Aériens, Société Anonyme, operating as Air Madagascar, is an airline based in Antananarivo, Madagascar. It is the national airline of Madagascar operating services to Europe, Asia and neighbouring African and Indian Ocean island destinations, from its main base, Ivato International Airport in Antananarivo. It also operates an extensive domestic network.

Privatair SA was a Swiss airline headquartered in Meyrin, which operated business jets as well as scheduled services on behalf of major airlines. In addition the company operated crew and pilot training facilities. PrivatAir SA was a registered air carrier with two air operator's certificates in Switzerland and through its subsidiary PrivatAir GmbH in Germany. On 5 December 2018, PrivatAir filed for insolvency and ceased operations.

TAESA was a low cost airline with its headquarters in No. 27 of Hangar Zone C on the grounds of Mexico City International Airport in Mexico City, Mexico.

Combi aircraft in commercial aviation are aircraft that can be used to carry either passengers, as an airliner, or cargo as a freighter, and may have a partition in the aircraft cabin to allow both uses at the same time in a mixed passenger/freight combination. 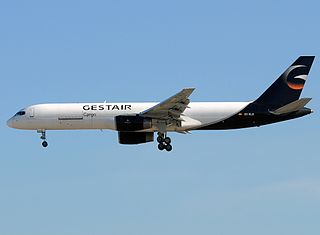 Quebecair was a Canadian airline that operated from 1947 until 1986. Quebecair was headquartered in Saint-Laurent, Quebec, now a part of Montreal.

Austrian Airlines AG, sometimes shortened to Austrian, is the flag carrier of Austria and a subsidiary of the Lufthansa Group. The airline is headquartered on the grounds of Vienna International Airport in Schwechat where it also maintains its hub. It flies to six domestic and more than 120 international year-round and seasonal destinations in 55 countries as of July 2016, and is a member of the Star Alliance. 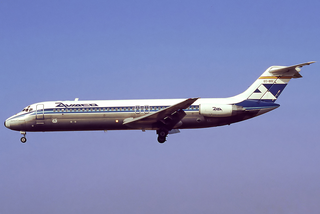 German Cargo Services GmbH, operating as German Cargo, was an airline from (West-)Germany that operated cargo flights on behalf of Lufthansa, of which it was a wholly owned subsidiary. 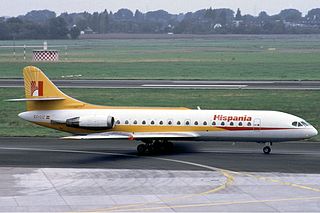 Odyssey International was a charter airline based in Toronto, Ontario, Canada.