Volar Airlines was an airline based in Palma de Mallorca, Spain. It was a successor organization to LTE International Airways and was rebranded as LTE again in 2005.

The Volar Airlines fleet consisted of the following aircraft in May 2005:

Kenya Airways Ltd., more commonly known as Kenya Airways, is the flag carrier airline of Kenya. The company was founded in 1977, after the dissolution of East African Airways. Its head office is located in Embakasi, Nairobi, with its hub at Jomo Kenyatta International Airport.

Adria Airways d.o.o. was the flag carrier of Slovenia, operating scheduled and charter services to European destinations. The company's head office was at Ljubljana Jože Pučnik Airport in Zgornji Brnik, Cerklje na Gorenjskem, near Ljubljana. On 30 September 2019, the airline declared bankruptcy and ceased all operations.

Kuwait Airways is the national carrier of Kuwait, with its head office on the grounds of Kuwait International Airport, Al Farwaniyah Governorate. It operates scheduled international services throughout the Middle East, to the Indian subcontinent, Europe, Southeast Asia and North America, from its main base at Kuwait International.

Meridiana Fly S.p.A., operating as Meridiana, was a privately owned Italian airline headquartered in Olbia with its main base at Olbia Costa Smeralda Airport. It operated scheduled and charter flights to domestic, European and intercontinental destinations from several Italian bases. Some of its operations were carried out by the old Air Italy under the Meridiana brand. It was owned by Qatar Airways through AQA Holding (49%) and Alisarda S.p.A. (51%), who rebranded the airline as the new Air Italy effective 1 March 2018.

Afriqiyah Airways is a state-owned airline based in Tripoli, Libya. Before the 17 February 2011 revolution, it operated domestic services between Tripoli and Benghazi, and international scheduled services to over 25 countries in Europe, Africa, Asia and the Middle East; since the end of the war, it has been seeking to rebuild its business. Afriqiyah Airways' main base is technically Tripoli International Airport, although this was reported as closed in 2014 and flights are operating as best they can from other airports.

TransAsia Airways was a Taiwanese airline based in Neihu District in Taipei. Though the company started its operations focusing mainly on the Taiwanese domestic market, it operated on many scheduled international routes and focused mainly on Southeast- and Northeast Asia and cross-strait flights at the time of closure.

IndiGo is an Indian low-cost airline headquartered in Gurugram, Haryana, India. It is the largest airline in India by passengers carried and fleet size, with a 59.24% domestic market share as of August 2020. It is also the largest individual Asian low-cost carrier in terms of jet fleet size and passengers carried, and the sixth largest carrier in Asia with over 6.4 crore passengers carried in financial year 2018–19. The airline operates 1,500 flights everyday to 87 destinations – 63 domestic and 24 international. It has its primary hub at IGI Airport, Delhi. 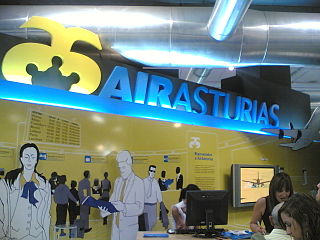 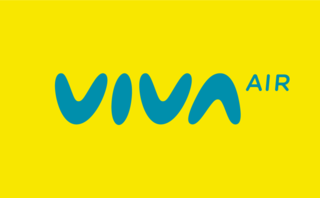 Fast Colombia S.A.S., trading as Viva Air Colombia and formerly VivaColombia, is a Colombian low-cost airline based in Rionegro, Antioquia, Colombia. It is a subsidiary of Irelandia Aviation and third largest airline in the country. It is not legally affiliated with Mexico's VivaAerobús, a fellow low-cost carrier co-founded by Irelandia and uses the "Viva" brand.