Three Chopt is a neighborhood in western Richmond, Virginia that is located at the southern terminus of the famous Three Notch'd Road, which in itself serves as a main artery for the community. Located in the West End of the city, the neighborhood is directly to the east of the University of Richmond campus and the suburbs of Westham and Tuckahoe.

Three Notch'd Road was a colonial-era major east-west route across central Virginia. It is believed to have taken its name from a distinctive marking of three notches cut into trees to blaze the trail. By the 1730s, the trail extended from the vicinity of the fall line of the James River at the future site of Richmond westerly to the Shenandoah Valley, crossing the Blue Ridge Mountains at Jarmans Gap. In modern times, a large portion of U.S. Route 250 in Virginia follows the historic path of the Three Notch'd Road, as does nearby Interstate 64.

The West End is a part of Richmond, Virginia. Definitions of the bounds of the West End vary, it may include only the western part of the city of Richmond or extend as far as western Henrico County. As there is no one municipal organization that represents this specific region, the boundaries are loosely defined as being north of the James River, west of I-195, and south of Broad Street. Historically, the Richmond neighborhoods of the Fan and the Museum District were a part of the West End. A primary conduit through the West End is Interstate 64. 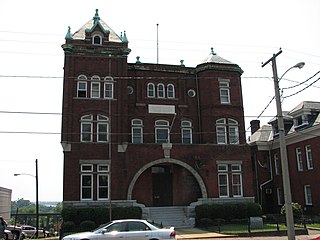 Henrico County, officially the County of Henrico, is a county in the Commonwealth of Virginia in the United States. As of the 2010 census, the population was 306,935. In 2015, the population was estimated to be 320,717, making it the fifth-most populous county in Virginia and the sixth-most populous county-equivalent in Virginia. Henrico County is included in the Greater Richmond Region. There is no incorporated community within Henrico County, therefore, there is no incorporated county seat either. Laurel, an unincorporated CDP, serves this function. 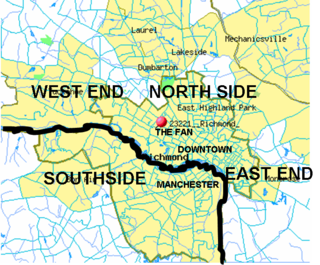 Short Pump is a census-designated place (CDP) in Henrico County, Virginia, United States. It is an affluent suburb of Richmond, Virginia. The population was 24,729 at the 2010 census. 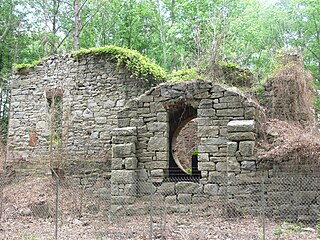 Midlothian, Virginia is an unincorporated area in Chesterfield County, Virginia, U.S. Settled as a coal town, Midlothian village experienced suburbanization effects and is now part of the western suburbs of Richmond, Virginia south of the James River in the Greater Richmond Region. Because of its unincorporated status, Midlothian has no formal government, and the name is used to represent either the original small Village of Midlothian, located near US-60 and Woolridge Road, or a vast expanse of Chesterfield County in the northwest portion of Southside Richmond covered by three zip codes served by the Midlothian post office. These zip codes are not coterminous with the Midlothian Magesterial District associated with the Chesterfield County government.

State Route 147 is a primary state highway in the U.S. state of Virginia. The state highway runs 13.13 miles (21.13 km) from U.S. Route 60 in Midlothian east to US 60 in Richmond. In various places, it is known as Huguenot Road, River Road, Cary Street Road and Main Street. SR 147 connects Midlothian with the West End of Richmond via the Huguenot Memorial Bridge across the James River. Within Richmond, the state highway follows Cary Street, a major thoroughfare that connects the city's two major universities, the University of Richmond and Virginia Commonwealth University, with Downtown Richmond. 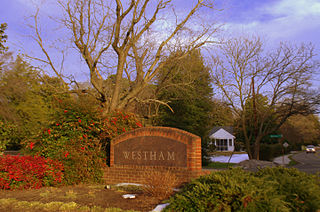 Westham was an unincorporated town in Henrico County, Virginia. It is located in the present day area of Tuckahoe, Virginia. Westham was built at a transportation point on the James River. The James River flows free for several hundred miles from the west and Westham is located at the point where the Fall Line rocks prevented further river passage. Richmond, Virginia was built on the other side of the fall line where the river is navigable to the ocean. This made Westham the first destination for iron used in Revolutionary War. In later years, Canals and then Rail transport connected Westham to Richmond along the James River trade route. Westham was eventually absorbed into Richmond. 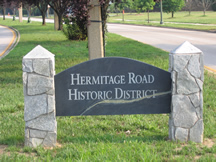 Hermitage Road Historic District (HRHD) is a Northside neighborhood in the independent city of Richmond, Virginia. The district is a Richmond Old and Historic District, as well as being listed on the Virginia Landmarks Register and the National Register of Historic Places. 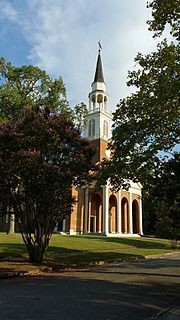 The Corner is a seven-block collection of bars, restaurants, bookstores, and night spots on University Avenue in Charlottesville, Virginia, extending from 12​1⁄2 Street Southwest to Chancellor Street. located across the street from the University of Virginia. It is bounded by Graduate Charlottesville on the east and Bank of America on the west. 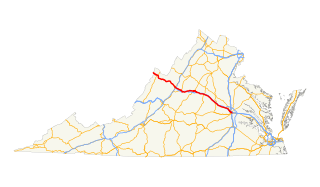 Milton is an unincorporated community in Albemarle County, Virginia. In the batteaux era Milton was the head of navigation along the river, but by the mid-nineteenth century horse-drawn canal boats were traveling all the way upstream to Charlottesville, where the head of navigation was located at the very point where the Fredericksburg Road and Three Chopt Road 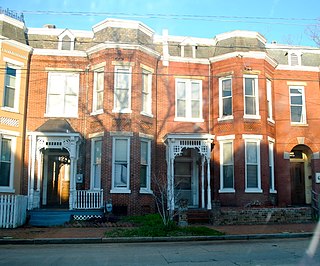 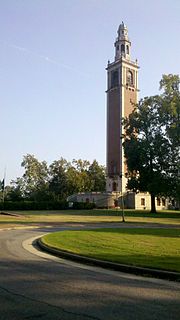 Carillon is a neighborhood in the West End of Richmond that is situated in between Virginia State Routes 146 and 161. Adjacent to Maymont and Byrd Park, the middle-class neighborhood is home to the Dogwood Dell Amphitheater. Pump House Drive and Rugby Road are the arteries of the southern tier of the community, while Douglasdale Avenue and South Belmont Drive form the spin of the northern portions of Carillon.

Stadium neighborhood or sometimes just known as Stadium is a neighborhood in the West End quadrant of Richmond, Virginia. The neighborhood encompasses City Stadium, which used to host the Richmond Spiders football program, and currently serves as the main venue for the Richmond Kickers pro soccer club.

The Three Chopt Road Historic District is a national historic district located at Richmond, Virginia. The district encompasses 90 contributing buildings, 4 contributing sites, and 4 contributing structures located west of downtown Richmond. The primarily residential area developed starting in the early-20th century as one of the city's early "streetcar suburbs." The buildings are in a variety of popular late-19th and early-20th century architectural styles including frame bungalows, Colonial Revival, Tudor Revival, and Mission Revival. There are a remarkable group of unusually large, architect-designed houses and churches. Notable non-residential buildings include St. Bridget's Catholic Church (1950) and St. Stephen's Episcopal Church. Located in the district is the separately listed Green's Farm (Huntley).

Parham Road is a circumferential highway in Henrico County in the U.S. state of Virginia. The highway runs 12.08 miles (19.44 km) from Virginia State Route 150 near Tuckahoe east to U.S. Route 301 and SR 2 in Chamberlayne. Parham Road serves the northwestern suburbs of Richmond, including Tuckahoe, Laurel, and Chamberlayne. The four-lane divided highway intersects all of the major highways that extend northwest and north from the city, including Interstate 64 (I-64) and I-95. Parham Road is county maintained except for the portion that is State Route 73, a connector between US 1 and I-95. The Parham Road name was applied to a small portion of the current route by the early 20th century. SR 73 was constructed in the early 1960s. Most of Parham Road from SR 6 to US 1 was constructed as new four-lane divided highway by Henrico County in the late 1960s; the existing sections were upgraded at the same time. The highway was extended east to its present terminus in the late 1970s. Parham Road was completed south to its present western terminus in 1990 concurrent with the extension of SR 150 across the James River from the Southside of Richmond to Henrico County.