Its natural habitat is subtropical or tropical moist lowland forest.

The Accipitriformes are an order of birds that includes most of the diurnal birds of prey – including hawks, eagles, vultures, and kites, but not falcons.

Grallariidae is a family of smallish passerine birds of subtropical and tropical Central and South America known as antpittas. They are between 10 and 20 cm (4–8 in) in length, and are related to the antbirds, Thamnophilidae, and gnateaters, Conopophagidae. They were also formerly placed in the Formicariidae, but studies by Rice (2005) indicated a distinct family was supported. Both the North American and South American committees of the AOU recognized the family soon after. This family contains probably some 50 species in 1 large and four fairly small genera. 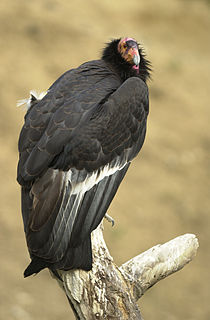 The red-legged tinamou or red-footed tinamou, is a ground-dwelling bird found in the tropics and lower subtropics of northern South America. 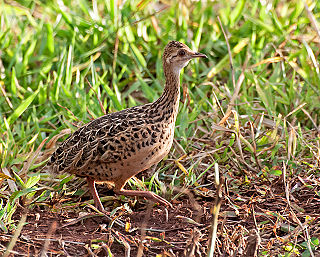 The spotted nothura is a species of tinamou. This bird is native to grassy habitats in eastern and southern Brazil, Paraguay, Uruguay, and eastern and northern Argentina.

The Chaco nothura is a type of tinamou commonly found in brushland in Argentina and Paraguay.

The glaucous-blue grosbeak, also known as the indigo grosbeak, is a species of bird in the family Cardinalidae. The South American Classification Committee of the American Ornithological Society assigns three more species to Cyanoloxia. 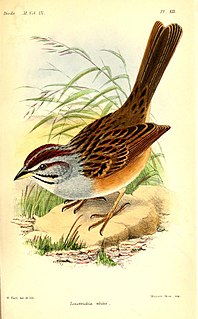 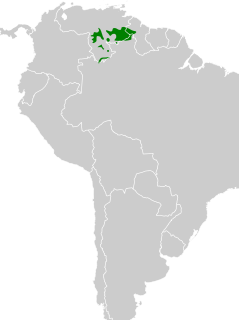 The tepui antpitta or brown-breasted antpitta is a species of bird in the family Grallariidae. 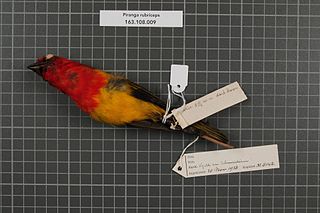 The Sucre antpitta is a species of bird placed in the family Grallariidae.

The ochre-backed woodpecker is a bird in the family Picidae that occurs over a large area of eastern Brazil. It was previously always considered as a subspecies of the blond-crested woodpecker, but the authors of a molecular phylogenetic study published in 2015 argued that it should be treated as a separate species. This recommendation was accepted by the International Ornithologists' Union, the online edition of the Handbook of the Birds of the World, and the South American Classification Committee of the American Ornithological Society.

The Tapajos antpitta is a species of bird in the family Grallariidae. 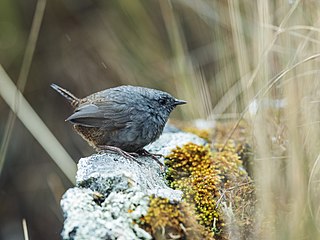 The Jalca tapaculo is a species of bird in the family Rhinocryptidae that the South American Classification Committee of the American Ornithological Society accepted as a new species in July 2020. It is endemic to Peru.

The Loja tapaculo is a species of bird in the family Rhinocryptidae that the South American Classification Committee of the American Ornithological Society accepted as a new species in July 2020. It is found in Ecuador and Peru.