Tidewater Council is a local council of the Boy Scouts of America (BSA). It serves the region of southeastern Virginia and north-eastern North Carolina. This region is often referred to as South Hampton Roads or the Tidewater or Tidewater Virginia area; hence the name of the council. Its Order of the Arrow counterpart is the Blue Heron Lodge; which was founded in 1946 when a team from Octoraro Lodge in Pennsylvania inducted the first members of Blue Heron Lodge. [1]

Pipsico Scout Reservation is located in Surry County, Virginia between Surry and Spring Grove on the banks of the James River. Pipsico is subdivided into four camps: Camp Lions, Camp Kiwanis, Camp Rotary and Camp Powhatan. [3]

Pipsico offers year-round Scouting opportunities in one of our four Scout camps as well as a summer camp and high adventure experience during the summer. Summer camp activities include: Scoutcraft, climbing and rappelling tower, shooting sports, aquatics, hiking trails, a 17th-century archaeological dig site and handicrafts. In October 2008, Pipsico celebrated its 50th anniversary and included staff members from 1958 to 2008 as part of the celebration.

Order of the Arrow

Housatonic Council is a regional organization of the Boy Scouts of America covering several towns adjoining the Housatonic River in South-Central Connecticut. The council originated from the Derby Council, voting to organize as a first class council at its annual meeting on January 25, 1923. The council had jurisdiction over Scouting in Ansonia, Shelton and Seymour in addition to Derby, with the town of Oxford incorporated into the council at a later date. It has been headquartered in Derby, Connecticut since its founding.

The Horseshoe Scout Reservation is a Boy Scouts of America camp, owned by the Chester County Council, and located on the Mason-Dixon line separating Pennsylvania and Maryland. The name of the camp derives from the Octoraro Creek, a tributary of the Susquehanna River, that makes a meandering 4-mile horseshoe through the property.

The Chester County Council is a Boy Scouts of America service council that serves members of the Cub Scouts, Scouts BSA, and Venturing programs in Chester County, Pennsylvania and Northeastern Cecil County, Maryland. It is one of the oldest councils in the nation, and is one of two single-county councils left in Pennsylvania, the other being Chief Cornplanter Council in Warren, PA.

Scouting in Maine dates back to the creation of the Katahdin Area Council in 1920 and has continued prominently to the present day. 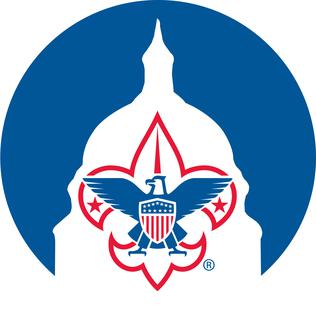 The National Capital Area Council (NCAC) is a local council of the Boy Scouts of America within the Northeast Region that serves the Washington metropolitan area, including Washington, D.C., portions of Maryland and Virginia, and the U.S. Virgin Islands. The council offers extensive training, and administrative support to units. It is rated as a "Class 100" council by the National Council, which denotes that the NCAC is among the very largest in the country. Chartered in 1911, it is also one of the oldest. The council is divided into 21 districts serving ten counties in Northern Virginia, six counties in Maryland, the District of Columbia, the US Virgin Islands, and BSA units throughout the Americas. The council has a 5 to 2 ratio of youth members to adult leaders, which is among the highest of all the councils. The youth retention rate is currently 70% which was affected by COVID-19.

The Greater New York Councils (GNYC) is a local council of the Boy Scouts of America that serves the New York City area. GNYC has a unique organization in that it is sub-divided into borough councils, each of which is led by a borough executive. The borough councils are then divided into districts. Over five million young people have experienced Scouting through GNYC, since the council's inception in the 1920s.

Daniel Webster Council is a division of the Boy Scouts of America that serves all of New Hampshire.

Guajataka Scout Reservation or Campamento Guajataka, often simply referred to as Guajataka and nicknamed Santuario de Amistad, is the Puerto Rico Council's only scout camp reservation. The camp is located at the northwest part of the island in San Sebastián and partially borders the southern portion of Guajataca Lake, from which the camp takes part of its name. Founded in 1938, the facility has a participant capacity of little more than 500. Recreational activities, summer camps, seminars, leadership trainings and Scouting-related meetings are typically held at the camp. 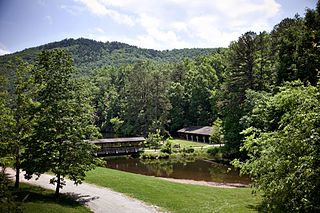 Raven Knob Scout Reservation is a 3200 acre Boy Scout camp operated by the Old Hickory Council of the Boy Scouts of America. The reservation is located in Surry County, North Carolina, United States.