Topsy Labs was a social search and analytics company based in San Francisco, California. [1] [2] The company was a certified Twitter partner and maintained a comprehensive index of tweets, numbering in hundreds of billions, dating back to Twitter's inception in 2006. [3] [4] [5] 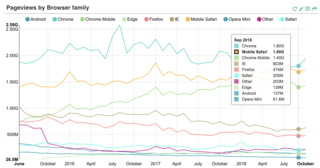 Analytics is the discovery, interpretation, and communication of meaningful patterns in data; and the process of applying those patterns towards effective decision making. In other words, analytics can be understood as the connective tissue between data and effective decision making, within an organization. Especially valuable in areas rich with recorded information, analytics relies on the simultaneous application of statistics, computer programming and operations research to quantify performance.

Twitter is an American online news and social networking service on which users post and interact with messages known as "tweets". Tweets were originally restricted to 140 characters, but on November 7, 2017, this limit was doubled to 280 for all languages except Chinese, Japanese, and Korean. Registered users can post, like, and retweet tweets, but unregistered users can only read them. Users access Twitter through its website interface, through Short Message Service (SMS) or its mobile-device application software ("app"). Twitter, Inc. is based in San Francisco, California, and has more than 25 offices around the world.

Topsy made products to search, analyze and draw insights from conversations and trends on the public social websites including Twitter and Google+. [6] [7] [8]

Google+ was an Internet-based social network owned and operated by Google Inc. The network was launched on June 28, 2011 in the attempt to challenge other social networks and for a time linked other Google products like Blogger and YouTube. The service, Google's fourth foray into social networking, experienced strong growth in its initial years, although usage statistics varied, depending on how the service was defined. Three Google executives oversaw the service, which underwent substantial changes that led to a redesign in November 2015. 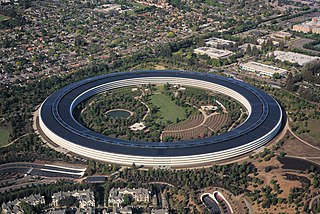 Apple Inc. is an American multinational technology company headquartered in Cupertino, California, that designs, develops, and sells consumer electronics, computer software, and online services. It is considered one of the Big Four of technology along with Amazon, Google, and Facebook.

Topsy was founded in 2007 by Vipul Ved Prakash, Rishab Aiyer Ghosh, Gary Iwatani and Justin Foutts. [9] The company had raised over USD $27 million in venture capital from BlueRun Ventures, Ignition Partners, Founders Fund, Scott Banister and other investors. [10] [11] The company had over 40 employees with offices in San Francisco and Washington DC and was operating its own data centers. [12] 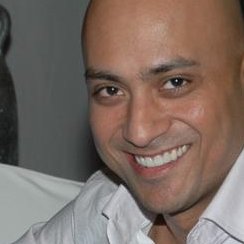 Vipul Ved Prakash is a software engineer and Internet entrepreneur. He is the co-founder of anti-spam company Cloudmark and social-media search company Topsy.

In December 2013, Topsy was acquired by Apple Inc. for a reported value of around $225 million. On December 16, 2015, the Topsy service was shut down, and its website was redirected to an Apple support page discussing the search functionality of iOS 9. [13] [14]

iOS 9 is the ninth major release of the iOS mobile operating system developed by Apple Inc., being the successor to iOS 8. It was announced at the company's Worldwide Developers Conference on June 8, 2015, and was released on September 16, 2015. It was succeeded by iOS 10 on September 13, 2016.

Topsy.com was a real-time search engine for social posts and socially shared content, primarily on Twitter and Google Plus. [15] [16] The service ranked results using a proprietary social influence algorithm that measured social media authors on how much others supported what they were saying. [17] The service also provided access to metrics for any term mentioned on Twitter via its free analytic service at analytics.topsy.com, where users could compare up to three terms for content in the past hour, day, week or month. [18] It was announced in September 2013 that Topsy would include every public tweet ever published on Twitter for search and analysis. [19]

Topsy Pro Analytics was a commercial web dashboard application that allowed users to conduct interactive analysis on keywords and authors by activity, influence, exposure, sentiment, language or geography. [20] Users could discover the most relevant tweets, links, photos and videos for any term from Topsy’s index of hundreds of billions of tweets. [2] Users were able to group terms into saved topics and setup customized alerts and daily activity digests. [21] [22]

Topsy Pro Analytics was a version of the Topsy Pro Analytics product for government agencies. The intended purpose of the product was to facilitate disaster response, quantify political issues, detect disease outbreak and monitor global anomalies. [23]

This index [24] was co-developed by Twitter and Topsy. It debuted in August 2012 and originally compared social sentiment for the two primary American presidential candidates. 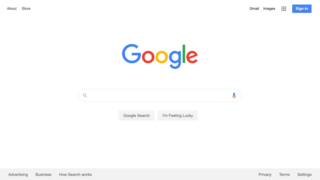 Google Search, also referred to as Google Web Search or simply Google, is a web search engine developed by Google LLC. It is the most used search engine on the World Wide Web across all platforms, with 92.74% market share as of October 2018, handling more than 3.5 billion searches each day.

Social search is a behavior of retrieving and searching on a social searching engine that mainly searches user-generated content such as news, videos and images related search queries on social media like Facebook, LinkedIn, Twitter, Instagram and Flickr. It is an enhanced version of web search that combines traditional algorithms. The idea behind social search is that instead of ranking search results purely based on semantic relevance between a query and the results, a social search system also takes into account social relationships between the results and the searcher. The social relationships could be in various forms. For example, in LinkedIn people search engine, the social relationships include social connections between searcher and each result, whether or not they are in the same industries, work for the same companies, belong the same social groups, and go the same schools, etc.

A hashtag is a type of metadata tag used on social networks such as Twitter and other microblogging services, allowing users to apply dynamic, user-generated tagging which makes it possible for others to easily find messages with a specific theme or content. Users create and use hashtags by placing the number sign or pound sign # usually in front of a word or unspaced phrase in a message. The hashtag may contain letters, digits, and underscores. Searching for that hashtag will yield each message that has been tagged with it. A hashtag archive is consequently collected into a single stream under the same hashtag. For example, on the photo-sharing service Instagram, the hashtag #bluesky allows users to find all the posts that have been tagged using that hashtag.

Aardvark was a social search service that connected users live with friends or friends-of-friends who were able to answer their questions, also known as a knowledge market. Users submitted questions via the Aardvark website, email or instant messenger and Aardvark identified and facilitated a live chat or email conversation with one or more topic experts in the 'askers' extended social network. Aardvark was used for asking subjective questions for which human judgment or recommendation was desired. It was also used extensively for technical support questions. Users could also review question and answer history and other settings on the Aardvark website. Google acquired Aardvark for $50 million on February 11, 2010. In September 2011, Google announced it would discontinue a number of its products, including Aardvark.

Twitoaster was a Twitter web application that threaded and archived users' conversations in real time. The service is often used by journalists, bloggers or companies who need to collect, organize and keep a track of their Twitter mentions.

Klout was a website and mobile app that used social media analytics to rate its users according to online social influence via the "Klout Score", which was a numerical value between 1 and 100. In determining the user score, Klout measured the size of a user's social media network and correlated the content created to measure how other users interact with that content. Klout launched in 2008.

Lanyrd was a conference directory website created by Simon Willison and Natalie Downe and launched in 2010. The site was created while the couple were on honeymoon.

Brandwatch is a social media monitoring company headquartered in Brighton, England. Brandwatch sells three different products: Analytics, Audiences, and Vizia. Brandwatch Analytics is a "self-serve application" or software as a service, which archives social media data in order to provide companies with information and the means to track specific segments to analyse their brands' online presence.

Viralheat was a subscription-based software service for social media management that helps clients monitor and analyze consumer-created content. It was first released in beta in May 2009. Viralheat raised $75,000 in seed capital in December 2009 and $4.25 million of venture capital from the Mayfield Fund in 2011.

Chartbeat is an Internet publishing content intelligence company headquartered in New York City, US. It was started in 2009. The SaaS company integrates code into the websites of publishers, media companies and news organizations to track audience engagement and loyalty metrics so they can make decisions about the content to publish and promote on their Web sites. In August 2010 the company was spun off from Betaworks as a separate entity. Chartbeat has been both praised and criticized as an alternative to Google Analytics for real-time data.

Periscope is a live video streaming app for Android and iOS developed by Kayvon Beykpour and Joe Bernstein and acquired by Twitter before launch in 2015.

Crashlytics is a Google-owned Boston, Massachusetts-based software company founded in May 2011 by entrepreneurs Wayne Chang and Jeff Seibert.