Trumpan (Scottish Gaelic : Trumpan) is a hamlet located on the Vaternish peninsula in the Isle of Skye, in the Scottish council area of the Highland. Trumpan church, which is now a ruin, was the focus of a particularly brutal incident in 1578, when the Clan MacDonald of Uist travelled to Trumpan in eight boats and, under cover of a thick mist, burnt alive all the worshipping church-goers, with only one member managing to escape. This led to instant retribution by Clan MacLeod who killed all the invaders, before they had time to flee the island. This skirmish is known as the Battle of the Spoiling Dyke. [1]

Trumpan churchyard is the burial ground of Rachel Chiesley, Lady Grange whose husband had her kidnapped and incarcerated on various Hebridean islands. [2]

The Inner Hebrides is an archipelago off the west coast of mainland Scotland, to the south east of the Outer Hebrides. Together these two island chains form the Hebrides, which experience a mild oceanic climate. The Inner Hebrides comprise 35 inhabited islands as well as 44 uninhabited islands with an area greater than 30 hectares. Skye, Mull, and Islay are the three largest, and also have the highest populations. The main commercial activities are tourism, crofting, fishing and whisky distilling. In modern times the Inner Hebrides have formed part of two separate local government jurisdictions, one to the north and the other to the south. Together, the islands have an area of about 4,130 km2 (1,594 sq mi), and had a population of 18,948 in 2011. The population density is therefore about 4.6 inhabitants per square kilometre. 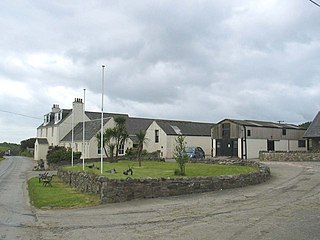 Gigha ; Scottish Gaelic: Giogha; Scots: Gigha) or the Isle of Gigha is an island off the west coast of Kintyre in Scotland. The island forms part of Argyll and Bute and has a population of 163 people. The climate is mild with higher than average sunshine hours and the soils are fertile. The main settlement is Ardminish.

Clan MacLeod is a Highland Scottish clan associated with the Isle of Skye. There are two main branches of the clan: the MacLeods of Harris and Dunvegan, whose chief is MacLeod of MacLeod, are known in Gaelic as Sìol Tormoid ; the Clan MacLeod of Lewis and Raasay, whose chief is MacLeod of The Lewes, are known in Gaelic as Sìol Torcaill. Both branches claim descent from Leòd, who lived in the 13th century.

Castlebay is the main village and a community council area on the island of Barra in the Outer Hebrides, Scotland. The village is located on the south coast of the island, and overlooks a bay in the Atlantic Ocean dominated by Kisimul Castle, as well as nearby islands such as Vatersay. Castlebay is also within the parish of Barra. The village is located on the A888, which serves as a circular road around Barra. In 1971 it had a population of 307.

Clan Donald, also known as Clan MacDonald, is a Highland Scottish clan and one of the largest Scottish clans. The Lord Lyon King of Arms, who is the Scottish official with responsibility for regulating heraldry in that country, issuing new grants of coats of arms, and serving as the judge of the Court of the Lord Lyon, recognizes under Scottish law the High Chief of Clan Donald. Historically the chiefs of the Clan Donald held the title of Lord of the Isles until 1493 and two of those chiefs also held the title of Earl of Ross until 1476. 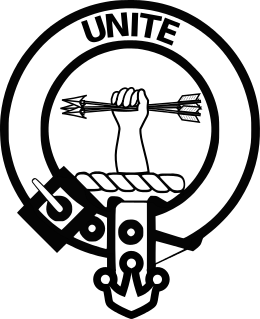 Clan Brodie is a Scottish clan whose origins are uncertain. The first known Brodie chiefs were the Thanes of Brodie and Dyke in Morayshire. The Brodies were present in several clan conflicts, and during the civil war were ardent covenanters. They resisted involvement in the Jacobite uprisings, and the chief's family later prospered under the British Empire in colonial India.

Clan Morrison is a Scottish clan. The Highland Clan Morrison is traditionally associated with the Isle of Lewis and Harris (Leòdhas) around Ness (Nis), Dun Pabbay, and Barvas (Barabhas), lands in Sutherland around Durness, and in North Uist. There are numerous Scottish clans, both Highland and Lowland, which use the surname Morison or Morrison. In 1965, the Lord Lyon King of Arms decided to recognise one man as chief of all Morrisons, whether their clans were related or not.

Clan Macdonald of Sleat, sometimes known as Clan Donald North and in Gaelic Clann Ùisdein[kʰl̪ˠan̪ˠ ˈuːʃtʲɛɲ], is a Scottish clan and a branch of Clan Donald — one of the largest Scottish clans. The founder of the Macdonalds of Sleat was Ùisdean, or Hugh, a 6th great-grandson of Somerled, a 12th-century Lord of the Isles. The clan is known in Gaelic as Clann Ùisdein, and its chief's Gaelic designation is Mac Ùisdein, in reference to the clan's founder. Both the clan and its clan chief are recognised by the Lord Lyon King of Arms, who is the heraldic authority in Scotland.

Clan MacLennan, also known as Siol Ghillinnein, is a Highland Scottish clan which historically populated lands in the north-west of Scotland. The surname MacLennan in Scottish Gaelic is Mac Gille Fhinnein, meaning the son of the follower of St Finnan.

Clan MacAulay, also spelt Macaulay or Macauley is a Scottish clan. The clan was historically centred on the lands of Ardincaple, which are today consumed by the little village of Rhu and burgh of Helensburgh in Argyll and Bute. The MacAulays of Ardincaple were located mainly in the traditional county of Dunbartonshire, which straddles the "Highland Line" between the Scottish Highlands and Lowlands. Clan MacAulay has been considered a "Highland clan" by writers and has been linked by various historians to the original Earls of Lennox and in later times to Clan Gregor. The MacAulays of Ardincaple, like Clan Gregor and several other clans, have traditionally been considered one of the seven clans which make up Siol Alpin. This group of clans were said to have claimed descent from Cináed mac Ailpín, King of the Picts, from whom later kings of Scotland traced their descent. The chiefs of Clan MacAulay were styled Laird of Ardincaple. 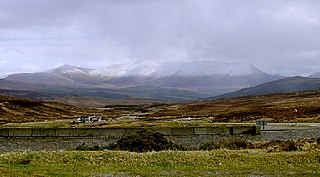 The Battle of Bealach nam Broig was a battle fought between Scottish clans from the lands of north-west Ross, against north-eastern clans of Ross who supported the Earl of Ross. The actual date of the battle is debated, it probably occurred in 1452 but the Conflicts of the Clans suggests a date as early as 1299.

Clan MacIver or Clan MacIvor, also known as Clan Iver, is Scottish clan recognised by the Lord Lyon King of Arms. The clan, however, does not have a chief recognised by the Lord Lyon King of Arms. Because of this the clan can be considered an armigerous clan. The clan name of MacIver is of Gaelic origin, derived from an Old Norse personal name. Various forms of the surname MacIver, like MacGiver, are considered sept names of several historically large Scottish clans, such as clans Campbell and Mackenzie. There exists a Clan Iver society in Fife, Scotland.

The Macaulay family of Uig in Lewis, known in Scottish Gaelic as Clann mhic Amhlaigh, were a small family located around Uig on the Isle of Lewis in the Outer Hebrides of Scotland. There is no connection between the Macaulays of Lewis and Clan MacAulay which was centred in the Loch Lomond area, bordering the Scottish Highlands and Scottish Lowlands. The Macaulays of Lewis are generally said to be of Norse origin because of the etymology of their surname and also because of the islands' Viking Age past. However, a recent analysis of the Y-DNA of men with Scottish surnames has shown that a large number of Hebridean Macaulays are of Irish origin. In the 17th century, however, tradition gave the Macaulays an Irish origin. By the end of the 16th century the dominant clan on Lewis was Clan Macleod of The Lewes. Other notable Lewis clans were the somewhat smaller Morrisons of Ness and the even less numerous Macaulays of Uig. The Macaulays were centred in the area surrounding Uig on the western coast of Lewis, and had a deadly, long-standing feud with the Morrisons, whose lands were located on the northern coast around Ness. Today the Lewis surname Macaulay is considered to be a sept name of the Macleods of Lewis. There are two other nearby clans of Macaulays who may, or may not, be connected to the Lewis clan—the Wester Ross Macaulays, and the Uist MacAulays.

Waternish or Vaternish is a peninsula approximately 12 kilometres long on the island of Skye, Scotland, situated between Loch Dunvegan and Loch Snizort in the northwest of the island, and originally inhabited and owned by Clan MacNeacail/MacNicol/Nicolsons. 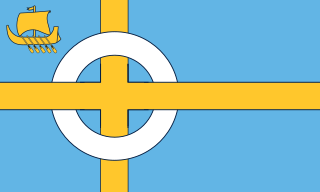 The Isle of Skye, or simply Skye, is the largest and northernmost of the major islands in the Inner Hebrides of Scotland. The island's peninsulas radiate from a mountainous hub dominated by the Cuillin, the rocky slopes of which provide some of the most dramatic mountain scenery in the country. Although it has been suggested that Sgitheanach describes a winged shape there is no definitive agreement as to the name's origins.

The Lady of St Kilda was a schooner which served from 1834 before being shipwrecked off Tahiti shortly after 1843.

Rachel Chiesley, usually known as Lady Grange, was the wife of Lord Grange, a Scottish lawyer with Jacobite sympathies. After 25 years of marriage and nine children, the Granges separated acrimoniously. When Lady Grange produced letters that she claimed were evidence of his treasonable plottings against the Hanoverian government in London, her husband had her kidnapped in 1732. She was incarcerated in various remote locations on the western seaboard of Scotland, including the Monach Isles, Skye and St Kilda.

Events from the year 1578 in the Kingdom of Scotland.