Last updated May 07, 2021
Division of the Volkswagen Group of America, Inc.

The Volkswagen Electronics Research Laboratory (VWERL) is a division of the Volkswagen Group of America, Inc., with its headquarters in Silicon Valley (Belmont, California).

The VWERL's slogan Technology to the People! indicates its mission: to leverage Silicon Valley resources for the advancement of the Volkswagen Groups' products through technical knowledge and electronics expertise.

The VWERL has recently received media attention surrounding its joint victory with Stanford University in the DARPA Grand Challenge, [2] a prize competition for driverless cars.

The Volkswagen Electronics Research Laboratory was founded in August 1998, and VWERL began operations in October 1998, with three employees. As of December 2002, the lab had outgrown its Sunnyvale, California office and moved to Palo Alto. In 2011 it moved again to Belmont. This current location provides a spacious office, workshop and prototyping areas for about 60 workers. It supports VWERL employees at Volkswagen Group of America's offices in Auburn Hills, Michigan, and the new headquarters at Herndon, Virginia.

The VWERL's headquarters are located at 500 Clipper Drive, Belmont CA.

Audi AG is a German automobile manufacturer that designs, engineers, produces, markets and distributes luxury vehicles. Audi is a wholly owned subsidiary of the Volkswagen Group and has its roots at Ingolstadt, Bavaria, Germany. Audi-branded vehicles are produced in nine production facilities worldwide.

Silicon Valley is a region in the southern part of the San Francisco Bay Area in Northern California that serves as a global center for high technology and innovation. It corresponds roughly to the geographical Santa Clara Valley. San Jose is Silicon Valley's largest city, the third-largest in California, and the tenth-largest in the United States; other major Silicon Valley cities include Sunnyvale, Santa Clara, Redwood City, Mountain View, Palo Alto, Menlo Park, and Cupertino. The San Jose Metropolitan Area has the third-highest GDP per capita in the world, according to the Brookings Institution. 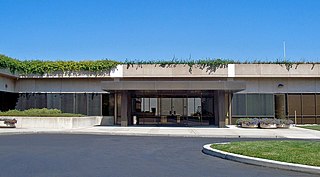 PARC is a research and development company in Palo Alto, California. Founded in 1969 by Jacob E. "Jack" Goldman, Xerox Corporation's chief scientist, the company was originally a division of Xerox, tasked with creating computer technology-related products and hardware systems.

The DARPA Grand Challenge is a prize competition for American autonomous vehicles, funded by the Defense Advanced Research Projects Agency, the most prominent research organization of the United States Department of Defense. Congress has authorized DARPA to award cash prizes to further DARPA's mission to sponsor revolutionary, high-payoff research that bridges the gap between fundamental discoveries and military use. The initial DARPA Grand Challenge was created to spur the development of technologies needed to create the first fully autonomous ground vehicles capable of completing a substantial off-road course within a limited time. The third event, the DARPA Urban Challenge extended the initial Challenge to autonomous operation in a mock urban environment. The most recent Challenge, the 2012 DARPA Robotics Challenge, focused on autonomous emergency-maintenance robots. 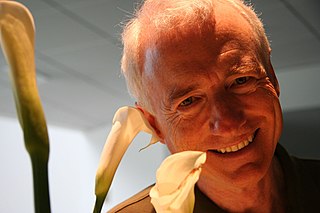 Lawrence Gordon Tesler was an American computer scientist who worked in the field of human–computer interaction. Tesler worked at Xerox PARC, Apple, Amazon, and Yahoo! 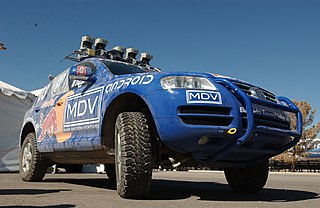 Abt Sportsline is a motor racing and auto tuning company based in Kempten im Allgäu, Germany. ABT mainly deals with Audi and the related primary Volkswagen Group brands—Volkswagen, Škoda, and SEAT—modifying them by using sports-type suspensions, engine power upgrades, lightweight wheels, aerodynamic components and more. It has been active in DTM for more than a decade. After the death of their father Johann in 2003, the company with 170 employees in their headquarters in Kempten was run by the brothers Hans-Jürgen Abt and Christian Abt. Since 2011, Hans-Jürgen Abt has run the company. 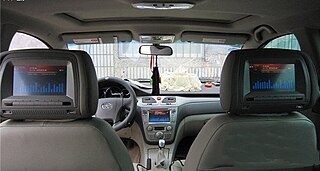 In-car entertainment (ICE), or in-vehicle infotainment (IVI), is a collection of hardware and software in automobiles that provides audio or video entertainment. In car entertainment originated with car audio systems that consisted of radios and cassette or CD players, and now includes automotive navigation systems, video players, USB and Bluetooth connectivity, Carputers, in-car internet, and WiFi. Once controlled by simple dashboards knobs and dials, ICE systems can include steering wheel audio controls and handsfree voice control. 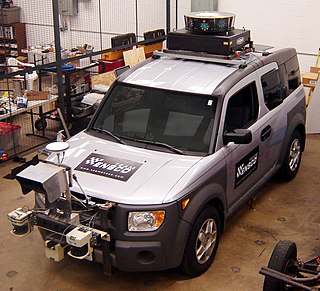 The third driverless car competition of the DARPA Grand Challenge, was commonly known as the DARPA Urban Challenge. It took place on November 3, 2007 at the site of the now-closed George Air Force Base, in Victorville, California, in the West of the United States. Discovery's Science channel followed a few of the teams and covered the Urban Challenge in its Robocars series.

The Institute for Space and Defense Electronics (ISDE) is a research facility at Vanderbilt University, a private research university in Nashville, Tennessee. ISDE is housed in the Department of Electrical Engineering and Computer Science and is the largest such academic facility in the world.

MirrorLink is a device interoperability standard that offers integration between a smartphone and a car's infotainment system.

Roger Douglas Melen is an electrical engineer recognized for his early contributions to the microcomputer industry, and for his technical innovations.

Harry T. Garland is a scientist, engineer, author, and entrepreneur who co-founded Cromemco Inc., one of the earliest and most successful microcomputer companies. He received the B.A. degree in mathematics from Kalamazoo College, and the Ph.D. degree in biophysics from Stanford University. Dr. Garland has been recognized as one of the most important innovators in the history of the development of personal computers in Silicon Valley. 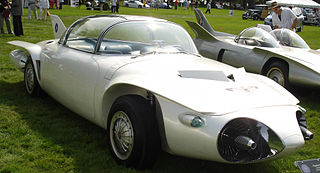 Argo AI is an autonomous driving technology company headquartered in Pittsburgh, Pennsylvania. The company was co-founded in 2016 by Bryan Salesky and Peter Rander, veterans of the Google and Uber automated driving programs. Argo AI is an independent company that builds the software, hardware, maps, and cloud-support infrastructure to power self-driving vehicles. Argo has two major investors: Ford Motor Co. (2017) and the Volkswagen Group (2020). Argo’s Self Driving System (SDS) technology will be incorporated into vehicles manufactured by the auto-makers through these partnerships.

Torc Robotics (Torc), a subsidiary of Daimler Trucks, is an American autonomous vehicle company headquartered in Blacksburg, Virginia. Torc produces unmanned and autonomous technology that retrofits to existing machinery and vehicles. Its custom products, software and automation kits have been used on vehicles in several industries, including military, mining agriculture, and automotive over the last decade.

David Stavens is an American entrepreneur, scientist and co-founder and CEO of Nines, a Silicon Valley teleradiology practice. He was co-founder and CEO of Udacity and a co-creator of Stanley, the winning car of the second driverless car competition of the DARPA Grand Challenge. Stavens has published in the fields of robotics, machine learning, and artificial intelligence.