Volkswagen do Brasil Ltda. is a subsidiary arm of Volkswagen Group, established in 1953 with local assembly of the Volkswagen Type 1 from parts imported from Germany. It produced over 20 million vehicles in Brazil, having been market leader for the majority of their more than sixty years in existence. Beginning in 1958, the Type 1 ("Fuscas") had a 24-year run as the number one in sales in Brazil. From 1987 until 2012, the Gol has been in first place in sales for 26 years straight. [1]

The Volkswagen assembly plant in Brazil was established after the Brazilian government prohibited the import of fully built-up vehicles in 1953. [2] Its first president was Friedrich Schultz-Wenk, who had emigrated to Brazil in 1950 after a brief stint as a prisoner of war followed by some time in Wolfsburg. [3] Their first plant was in Ipiranga, São Paulo and was a strict knock-down kit operation. In two years 2268 Fuscas and 552 Kombis were assembled there by hand. [3] After Juscelino Kubitschek's import substitution programs began taking effect, Volkswagen was compelled to open a proper factory in São Bernardo do Campo. Work on the factory began in mid-1957. [4] Originally only the Kombi was built locally from September 1957, but from January 1959 the 1200 cc "Fusca" also entered local production, with ever-growing local parts content. [3] In 1959, VW started production at the plant near São Paulo. [5]

Workers have been accusing Volkswagen do Brasil of spying on them starting in the 1970s, which was during Brazil's military dictatorship from 1964-1985. VW's security personnel informed the political police on eventual oppositional activities. In 1976, mass arrests occurred and some VW employees were tortured. In 1979, Brazilian VW workers traveled to Wolfsburg to inform the CEO in person. [6]

In 2014, the "truth commission" convened by Brazilian President Dilma Rousseff found documents that "dozens of companies, including Volkswagen and other foreign automakers, helped the military identify union activists", including Luiz Inacio Lula da Silva. [7] In subsequent meetings before the São Paulo state commission, VW legal counsel have denied accusations and contested there was no document proving VW had violated human rights. [8]

In 2015, activists and former VW employees in Brazil spoke out in public accusing the company's silence about the persecution of its workers. [9]

In November 2016, VW commissioned a second expert review of the situation by historian Christopher Kopper of Bielefeld University, which is due end of 2017. [9] after its "chief historian Manfred Grieger quit around the same time as Kopper was appointed." [6] Grieger had recommended to donate a memorial for those whose human rights violations. [5] In the July 2017 ARD interview, former VW CEO Carl Hahn denied ever having known of security police activities. [5] The Brazilian attorney general has been investigating. [5]

By 1961, Volkswagen had surpassed Willys-Overland to become the biggest producer of vehicles in Brazil. [4] Many models were designed especially for Brazil:

From 1971 to 1975 approximately 250 Brazil "kombi" buses were produced with Special Editions, these buses had +8 sky windows, mouldings, timer clock. These buses are called "de luxe," the German name is "Samba."

After 1997 Volkswagen has been the only manufacturer to continue manufacturing ethanol powered vehicles after others withdrew. [10]

In 2012, Volkswagen built 852,086 units (including CKD kits), making them the biggest producer in the country and second in sales. [1] Volkswagen operates four plants, in São Bernardo do Campo, Taubaté, and São Carlos. The São Carlos plant only makes engines. [1]

From 1987 to 1995, Volkswagen do Brasil's history was affected by the AutoLatina arrangement between Ford Motor Company and Volkswagen Group.

In 1986, Volkswagen entered a deal with Paccar to sell their trucks with Peterbilt or Kenworth badging in the United States. This would allow Paccar's dealers to offer Class 7 trucks without having to go the competition. [12] Volkswagen's Latin American trucks had always been built much heavier than elsewhere in the world, where this sector has mainly been the responsibility of MAN. [13] The Peterbilt-Volkswagen 200 was affectionately known as "Peter Rabbit."[ citation needed ] 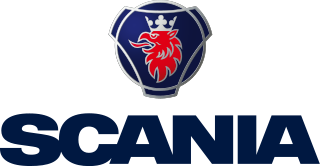 PACCAR Inc is an American Fortune 500 company and counts among the largest manufacturers of medium- and heavy-duty trucks in the world. PACCAR is engaged in the design, manufacture and customer support of light-, medium- and heavy-duty trucks under the Kenworth, Peterbilt, Leyland Trucks, and DAF nameplates. PACCAR also designs and manufactures powertrains, provides financial services and information technology, and distributes truck parts related to its principal business. 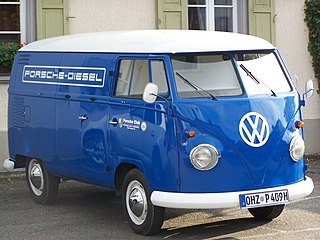 The Volkswagen Type 2, known officially as the Transporter, Kombi or Microbus, or, informally, as the Bus (US), Camper (UK) or Bulli (Germany), is a forward control light commercial vehicle introduced in 1950 by the German automaker Volkswagen as its second car model. Following – and initially deriving from – Volkswagen's first model, the Type 1 (Beetle), it was given the factory designation Type 2. 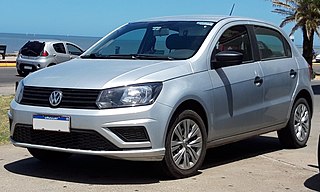 Peterbilt Motors Company is an American truck manufacturer. Producing its first truck in 1939, the company specializes in commercial heavy-duty and medium-duty vehicles. Since 1958, Peterbilt has been owned by PACCAR, operating alongside sister division Kenworth Truck Company. Introduced in 1953, a large red-oval brand emblem distinguishes its vehicles. 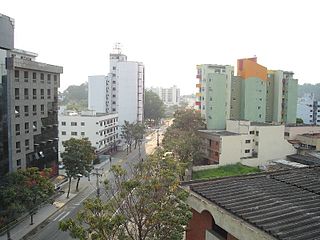 Resende is a municipality in the Brazilian state of Rio de Janeiro. The population is 132,312 in an area of 1094 km². Resendense refers to people or things that come from or inhabit Resende. It is the oldest town in this region, which has boundaries with the state of São Paulo and Minas Gerais. It is an important industrial, automotive, metallurgical, and tourist center, and headquarters of the world's second-largest military complex, the Academia Militar das Agulhas Negras (AMAN). Resende is of national importance and houses the Nuclear Fuel Factory complex of the "Indústrias Nucleares" of Brasil, the only one able to enrich uranium. Resende's automotive area holds MAN Latin America, the biggest truck and bus factory of Brazil, limited to PSA Peugeot Citroën and Michelin. 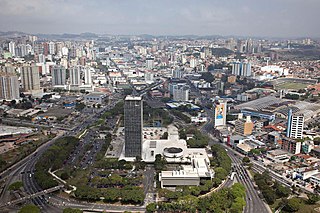 São Bernardo do Campo is a Brazilian municipality in the state of São Paulo.

International Indústria Automotiva da América do Sul Ltda. is the Brazilian subsidiary of Navistar International, specialised in the manufacturing of diesel engines for Latin American automotive applications. Until 2005, it was known as MWM Motores Diesel Ltda

AutoLatina was a joint venture between Volkswagen Group subsidiary Volkswagen do Brasil (51%) and Ford Motor Company subsidiary Ford Brasil (49%) in South America. The main reason for the joint venture was the bad economic situation at the time, which made joint survival more attractive than an individual fight for a share in a dwindling market. 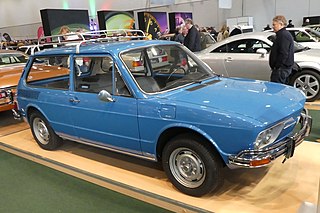 The Volkswagen Brasília is a rear-engined compact car, manufactured and marketed by Volkswagen in Brazil between 1974 and 1982; in Mexico from 1975-1982; and as knock down kits in Nigeria where it was marketed as the Igala from 1976–1980.

Ford Brasil is the Brazilian subsidiary of American automaker Ford Motor Company, founded on April 24, 1919 and ceased production on January 12, 2021, after 101 years. The operation started out importing the Ford Model T cars and the Ford Model TT trucks in kit form from the United States for assembly in Brazil. The Ford brand, however, had already been present in the country since 1904 with both vehicles being sold in Brazil.

The history of ethanol fuel in Brazil dates from the 1970s and relates to Brazil's sugarcane-based ethanol fuel program, which allowed the country to become the world's second largest producer of ethanol, and the world's largest exporter. Several important political and technological developments led Brazil to become the world leader in the sustainable use of bioethanol, and a policy model for other developing countries in the tropical zone of Latin America, the Caribbean, and Africa. Government policies and technological advances also allowed the country to achieve a landmark in ethanol consumption, when ethanol retail sales surpassed 50% market share of the gasoline-powered vehicle fleet in early 2008. This level of ethanol fuel consumption had only been reached in Brazil once before, at the peak of the Pró-Álcool Program near the end of the 1980s.

Volkswagen Argentina S.A. is the Argentine subsidiary of German Volkswagen Group and has locations in the cities of Córdoba and General Pacheco. Overall, the company employs around 7,000 people. The Volkswagen Group also owns a Scania AB plant in Tucumán, where 649 employees manufactures trucks. Volkswagen has been represented in Argentina since 1980 with production sites. In 2010, a total of 135,600 vehicles were delivered. The models are Suran and Amarok, as well as engines and transmissions.