The Volkswagen Jetta TDI Cup was a single-make racing series sanctioned by the Sports Car Club of America. The series was started in 2008 and was a sports car series that ran only in North America, the series quietly folded in 2011.

The series was open to only drivers between the ages of 16 and 26 who held a passport from the United States, Canada, or Mexico. The entry fee for drivers is $45,000. In addition to more than $50,000 in prize money at stake during the season, the series champion received Volkswagen factory career advancement support with a value up to $100,000.

The cars were 2009 Volkswagen Jettas that were modified by the factory for the series. Once completed, the cars were still about 70% stock with the other 30% made up of parts from the VW parts bin, one-off brackets and mounts, and race prepping from outside parties. The cars feature VW's DSG twin shaft, dual clutch automatic transmission and have height adjustable Sachs race suspension. Brakes were controlled by an ATE Racing ABS system and utilize Brembo 4 piston fixed calipers in front and Lucas 1 piston floating caliper disc brakes in the rear. The tires are racing slicks provided by Pirelli. The minimum race weight for the car with driver and equipment is 1,370 kg (3,020 lb). The safety equipment on each car included but was not limited to airbags, seat belts, roll cage, fire extinguishers, and an FIA rated racing seat.

The point system used was similar to other race series in that the most points are awarded to the first place finisher and points are reduced for subsequent finishing places. The Volkswagen Jetta TDI Cup is unique in that the points are halved for the first two races compared to the points for the rest of the season. 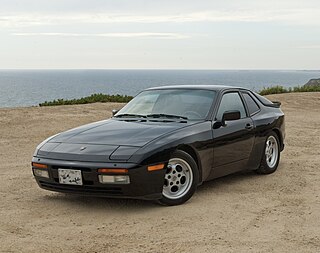 The Porsche 944 is a sports car manufactured by German automobile manufacturer Porsche from 1982 to 1991. A front-engine, rear-wheel drive mid-level model based on the 924 platform, the 944 was available in coupé or cabriolet body styles, with either naturally aspirated or turbocharged engines. 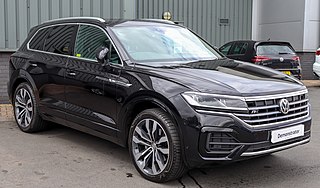 The Volkswagen Touareg is a mid-size luxury sport-utility vehicle (SUV) produced by German automaker Volkswagen since 2002 at the Volkswagen Bratislava Plant. The vehicle was named after the nomadic Tuareg people, inhabitants of the Saharan interior in North Africa.

Abt Sportsline is a motor racing and auto tuning company based in Kempten im Allgäu, Germany. ABT mainly deals with Audi and the related primary Volkswagen Group brands—Volkswagen, Škoda, and SEAT—modifying them by using sports-type suspensions, engine power upgrades, lightweight wheels, aerodynamic components and more. It has been active in DTM for more than a decade. After the death of their father Johann in 2003, the company with 170 employees in their headquarters in Kempten was run by the brothers Hans-Jürgen Abt and Christian Abt. Since 2011, Hans-Jürgen Abt has run the company.

Formula Super Vee was an open-wheel racing series that took place in Europe and the United States from 1970 to 1990. The formula was created as an extension of Formula Vee, a racing class that was introduced in 1959. Formula Super Vee in Europe was similar to F3 or Formula Renault today, a stepping stone to F1. In the United States, Formula Super Vee, often referred to as Super Vee, was a natural progression to Indy Car and Can-Am. On both sides of the Atlantic the series also was a platform for the promotion of VW products, similar to how Formula Renault promotes Renault products today. 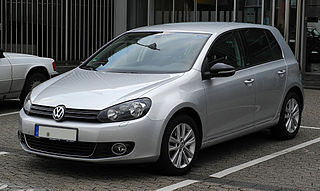 The Volkswagen Golf Mk6 is a compact car, the sixth generation of the Volkswagen Golf and the successor to the Volkswagen Golf Mk5. It was unveiled at the Paris Motor Show in October 2008. Volkswagen released pictures and information on 6 August 2008, prior to the official unveiling. The vehicle was released to the European market in the winter of 2008. Major investments have been made in production efficiency, with a claimed productivity improvement at launch of nearly 20% in comparison with the previous model, and further gains planned for the next twelve months. 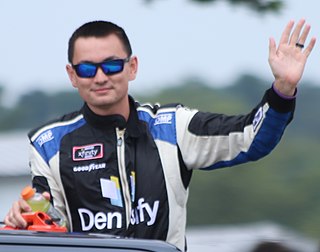 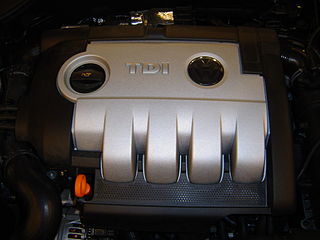 Wyatt Gooden is an American racing driver who competed in the 2013 U.S. F2000 National Championship with Afterburner Autosport. In 2009 he became the first person in the United States to earn a manufacturer funded ride in a professional auto racing series by winning the iRacing TDI Cup Virtual Series in iRacing.com. 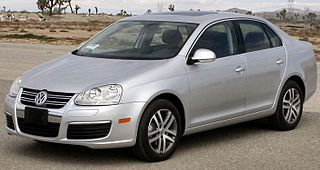 The Volkswagen Jetta (A5) is a compact car, the fifth generation of the Volkswagen Jetta and the successor to the Volkswagen Bora. The fifth generation debuted at the Los Angeles Auto Show on 5 January 2005. After the New Beetle, it was the second Volkswagen product to make its world debut at a U.S. auto show. The Mark 5 sedan went on sale in the USA prior to any other country, reflecting the importance of the car in that market for Volkswagen. VW spent US$800 million to upgrade its Puebla facilities for this model's production. This included a US$290 million new engine production line for the 5-cylinder power plant, a US$50 million investment in the press shop, as well as a US$200 million purchase of 460 robots, which increased automation by 80%. 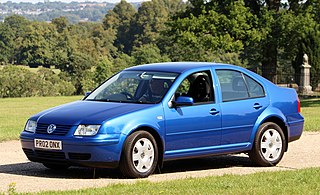