Wikibooks (previously called Wikimedia Free Textbook Project and Wikimedia-Textbooks) is a wiki-based Wikimedia project hosted by the Wikimedia Foundation for the creation of free content e-book textbooks and annotated texts that anyone can edit.

The wikibooks.org domain was registered on July 19, 2003 (2003-07-19). [2] It was launched to host and build free textbooks on subjects such as organic chemistry and physics. Two major sub-projects, Wikijunior and Wikiversity, were created within Wikibooks before its official policy was later changed so that future incubator-type projects are started according to the Wikimedia Foundation's new project policy.

Wikijunior is a subproject of Wikibooks that specializes in books for children. The project consists of both a magazine and a website, and is currently being developed in English, Danish, Finnish, French, German, Italian, Japanese, Spanish and Arabic. It is funded by a grant from the Beck Foundation.

While some books are original, others began as text copied over from other sources of free content textbooks found on the Internet. All of the site's content is released under a Creative Commons Attribution-Share Alike license (or a compatible license). This means that, as with its sister project, Wikipedia, contributions remain copyrighted to their creators, while the licensing ensures that it can be freely distributed and reused subject to certain conditions.

The project is working towards completion of textbooks on numerous subjects, which founders hope will be followed by mainstream adoption and use of textbooks developed and housed there. 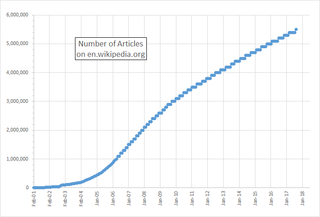 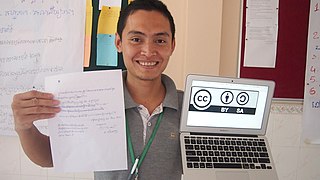 Open content is a neologism coined by David Wiley in 1998 which describes a creative work that others can copy or modify freely, without asking for permission. The term evokes the related concept of open-source software. Such content is said to be under an open licence. 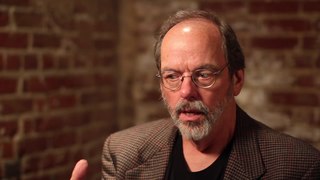 A wiki is a knowledge base website on which users collaboratively modify and structure content directly from the web browser. In a typical wiki, text is written using a simplified markup language and often edited with the help of a rich-text editor.

OpenStax CNX, formerly called Connexions, is a global repository of educational content provided by volunteers. The open source platform is provided and maintained by OpenStax, which is based at Rice University. The collection is available free of charge, can be remixed and edited, and is available for download in various digital formats. 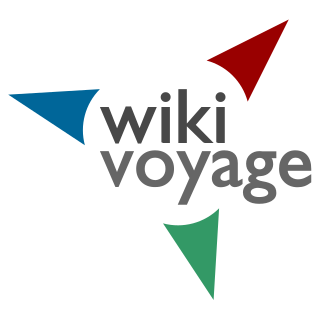 Wikiversity is a Wikimedia Foundation project that supports learning communities, their learning materials, and resulting activities. It differs from Wikipedia in that it offers tutorials and other materials for the fostering of learning, rather than an encyclopedia; like Wikipedia it is available in many languages.

Ron Clark Ball is an American thriller and suspense novelist from McLean, Virginia, and the author of Falcon on the Tower (2007), ISBN 978-0-615-14016-2. A former Officer and Naval Aviator who flew the F-14 Tomcat and served in the United States Navy during Operation Desert Storm, his fictional novel Falcon on the Tower is a lauded debut suspense thriller that tackles issues of radical Islamic global terrorism and the establishment of a fanatical Islamic Caliphate in the 21st Century, and the collision of that caliphate with the democracy of the Western free world. In addition to fiction, Ron Clark Ball has also written and lectured extensively on the increasing threat to National Security and damage to the Aerospace and Defense Industries by cyber attack using counterfeit and cloned electronic components and microchips manufactured in China.

WikiAfrica focuses on getting external Africa-based, cultural organisations, museums and archives, as well as bloggers and journalists, to contribute their knowledge to Wikipedia. The project is an international collaboration that intends to Africanise Wikipedia by creating and expanding 30.000 articles on Wikipedia over two years. The principal reason for this focus is for people with the greatest knowledge of the African continent to participate in the online representation of Africa. This project will contribute to building a free and open encyclopedia that provides greater access and visibility to current information and historic archives about Africa.