In the Abilene paradox, a group of people collectively decide on a course of action that is counter to the preferences of many or all of the individuals in the group. [1] [2] It involves a common breakdown of group communication in which each member mistakenly believes that their own preferences are counter to the group's and, therefore, does not raise objections. A common phrase relating to the Abilene paradox is a desire to not "rock the boat". This differs from groupthink in that the Abilene paradox is characterized by an inability to manage agreement. [3]

The term was introduced by management expert Jerry B. Harvey in his 1974 article "The Abilene Paradox: The Management of Agreement". [3] The name of the phenomenon comes from an anecdote that Harvey uses in the article to elucidate the paradox:

On a hot afternoon visiting in Coleman, Texas, the family is comfortably playing dominoes on a porch, until the father-in-law suggests that they take a [50-mile] trip to Abilene for dinner. The wife says, "Sounds like a great idea." The husband, despite having reservations because the drive is long and hot, thinks that his preferences must be out-of-step with the group and says, "Sounds good to me. I just hope your mother wants to go." The mother-in-law then says, "Of course I want to go. I haven't been to Abilene in a long time."

The drive is hot, dusty, and long. When they arrive at the cafeteria, the food is as bad as the drive. They arrive back home four hours later, exhausted.

One of them dishonestly says, "It was a great trip, wasn't it?" The mother-in-law says that, actually, she would rather have stayed home, but went along since the other three were so enthusiastic. The husband says, "I wasn't delighted to be doing what we were doing. I only went to satisfy the rest of you." The wife says, "I just went along to keep you happy. I would have had to be crazy to want to go out in the heat like that." The father-in-law then says that he only suggested it because he thought the others might be bored.

The group sits back, perplexed that they together decided to take a trip which none of them wanted. They each would have preferred to sit comfortably, but did not admit to it when they still had time to enjoy the afternoon.

Like groupthink theories, the Abilene paradox theory is used to illustrate that groups not only have problems managing disagreements, but that agreements may also be a problem in a poorly functioning group. [6]

The phenomenon is explained by social psychology theories of social conformity and social influence, which suggest human beings are often very averse to acting contrary to the trend of a group. [6] [7] According to Harvey, the phenomenon may occur when individuals experience "action-anxiety"—stress concerning the group potentially expressing negative attitudes towards them if they do not go along. This action-anxiety arises from what Harvey termed "negative fantasies"—unpleasant visualizations of what the group might say or do if individuals are honest about their opinions—when there is "real risk" of displeasure and negative consequences for not going along. The individual may experience "separation anxiety", fearing exclusion from the group. [8]

Applications of the theory

The theory is often used to help explain extremely poor group decisions, especially notions of the superiority of "rule by committee". For example, Harvey himself cited the Watergate scandal as a potential instance of the Abilene paradox in action. [9] The Watergate scandal occurred in the United States in the 1970s when many high officials of the administration of then-President Richard Nixon colluded in the cover-up and perhaps the execution of a break-in at the Democratic National Committee headquarters in Washington, D.C. Harvey quotes several people indicted for the cover-up as indicating that they had personal qualms about the decision but feared to voice them. For one instance, campaign aide Herbert Porter said that he "was not one to stand up in a meeting and say that this should be stopped", a decision he then attributed to "the fear of the group pressure that would ensue, of not being a team player". [9] 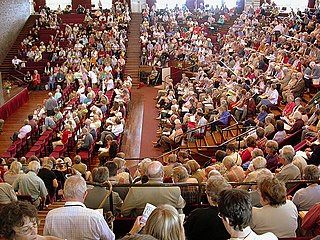 Facilitation in business, organizational development (OD), and in consensus decision-making refers to the process of designing and running a successful meeting. 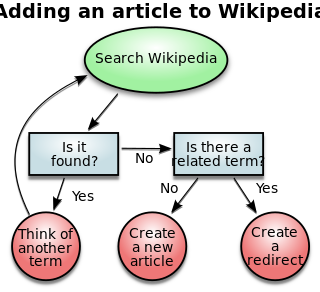 Diffusion of responsibility is a sociopsychological phenomenon whereby a person is less likely to take responsibility for action or inaction when other bystanders or witnesses are present. Considered a form of attribution, the individual assumes that others either are responsible for taking action or have already done so.

Majority rule is a decision rule that selects alternatives which have a majority, that is, more than half the votes. It is the binary decision rule used most often in influential decision-making bodies, including all the legislatures of democratic nations. 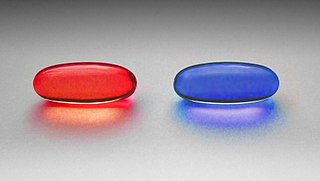 Choice involves decision making. It can include judging the merits of multiple options and selecting one or more of them. One can make a choice between imagined options or between real options followed by the corresponding action. For example, a traveler might choose a route for a journey based on the preference of arriving at a given destination as soon as possible. The preferred route can then follow from information such as the length of each of the possible routes, traffic conditions, etc. The arrival at a choice can include more complex motivators such as cognition, instinct, and feeling.

In social psychology, pluralistic ignorance is a situation in which a majority of group members privately reject a norm, but go along with it because they assume, incorrectly, that most others accept it. This is also described as "no one believes, but everyone thinks that everyone believes". Pluralistic ignorance is a bias about a social group, held by the members of that social group.

Escalation of commitment is a human behavior pattern in which an individual or group facing increasingly negative outcomes from a decision, action, or investment nevertheless continues the behavior instead of altering course. The actor maintains behaviors that are irrational, but align with previous decisions and actions.

Emotional contagion is the phenomenon of having one person's emotions and related behaviors directly trigger similar emotions and behaviors in other people. Emotions can be shared across individuals in many different ways both implicitly or explicitly. For instance, conscious reasoning, analysis and imagination have all been found to contribute to the phenomenon. 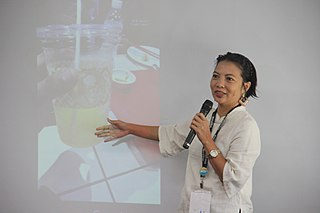 A facilitator is a person who helps a group of people to work together better, understand their common objectives, and plan how to achieve these objectives, during meetings or discussions. In doing so, the facilitator remains "neutral", meaning he/she does not take a particular position in the discussion. Some facilitator tools will try to assist the group in achieving a consensus on any disagreements that preexist or emerge in the meeting so that it has a solid basis for future action.

Edwin C. Nevis was a gestalt therapist who identified Maslow's hierarchy of needs as culturally relative and formulated a hierarchy of needs for Chinese culture and a mode of classifying hierarchies of needs in different cultures. He co-founded the Gestalt Institute of Cleveland and founded the Gestalt International Study Center, and was a faculty member in management at the MIT Sloan School of Management.

Group decision-making is a situation faced when individuals collectively make a choice from the alternatives before them. The decision is then no longer attributable to any single individual who is a member of the group. This is because all the individuals and social group processes such as social influence contribute to the outcome. The decisions made by groups are often different from those made by individuals. In workplace settings, collaborative decision-making is one of the most successful models to generate buy-in from other stakeholders, build consensus, and encourage creativity. According to the idea of synergy, decisions made collectively also tend to be more effective than decisions made by a single individual. In this vein, certain collaborative arrangements have the potential to generate better net performance outcomes than individuals acting on their own. Under normal everyday conditions, collaborative or group decision-making would often be preferred and would generate more benefits than individual decision-making when there is the time for proper deliberation, discussion, and dialogue. This can be achieved through the use of committee, teams, groups, partnerships, or other collaborative social processes.

Groupthink is a psychological phenomenon that occurs within a group of people in which the desire for harmony or conformity in the group results in an irrational or dysfunctional decision-making outcome. Cohesiveness, or the desire for cohesiveness, in a group may produce a tendency among its members to agree at all costs. This causes the group to minimize conflict and reach a consensus decision without critical evaluation.

Herbert Allen Shepard (1919–1985) was a Canadian-born American organization behaviorist and economist who made a significant contribution to Organization Development He held faculty posts at several universities including M.I.T., where he received his doctorate in Industrial Economics. He founded and directed the first doctoral program in Organization Development at Case Western Reserve; developed a residency in administrative psychiatry at Yale University School of Medicine, and was also President of The Gestalt Institute of Cleveland and The Professional Development Institute.

Groupshift is a phenomenon in which the initial positions of individual members of a group are exaggerated toward a more extreme position. When people are in groups, they make decisions about risk differently from when they are alone. The decision made tends to be even more risk-averse if the group members' opinions are risk-averse on average, and even more risk-seeking if the group members' opinions are risk seeking on average. In a group, people are likely to exhibit a slight preference towards riskier decisions, as the shared risk makes the individual risk less.

In simple terms, risk is the possibility of something bad happening. Risk involves uncertainty about the effects/implications of an activity with respect to something that humans value, often focusing on negative, undesirable consequences. Many different definitions have been proposed. The international standard definition of risk for common understanding in different applications is “effect of uncertainty on objectives”.

The general group problem solving model is a problem solving methodology, in which a group of individuals will define the desired outcome, identify the gap between the current state and the target and generate ideas for closing the gap by brainstorming. The end result is list of actions needed to achieve the desired results.