By convention, the glove is described by the handedness of the intended wearer, rather than the hand on which the glove is worn: a glove that fits on the left hand—used by a right-handed thrower—is called a right-handed (RH) or "right-hand throw" (RHT) glove. Conversely, a left-handed glove (LH or LHT) is worn on the right hand, allowing the player to throw the ball with the left hand.

Early baseball was a game played without gloves. During the slow transition to gloves, a player who continued to play without one was called a barehanded catcher; this did not refer to the position of catcher, but rather to the practice of catching with bare hands. The earliest glove was not webbed and not particularly well suited for catching but was used more to swat a ball to the ground so that it could be picked up. [1]

One of the first players believed to use a baseball glove was Doug Allison, a catcher for the Cincinnati Red Stockings, in 1870, due to an injured left hand. [2] The first confirmed glove use was by Charlie Waitt, a St. Louis outfielder and first baseman who, in 1875, donned a pair of flesh-colored gloves. Glove use slowly caught on as more and more players began using different forms of gloves.

Many early baseball gloves were simple leather gloves with the fingertips cut off, supposedly to allow for the same control of a bare hand but with extra padding. First baseman Albert Spalding, originally skeptical of glove use, influenced more infielders to begin using gloves. Spalding later founded the sporting goods company Spalding, which still manufactures baseball gloves along with other sports equipment. [3] By the mid-1890s, it was normal for players to wear gloves in the field. [4]

In 1920, Bill Doak, a pitcher for the St. Louis Cardinals, suggested that a web be placed between the first finger and the thumb in order to create a pocket. This design soon became the standard for baseball gloves. Doak patented his design and sold it to Rawlings. His design became the precursor to modern gloves and enabled Rawlings to become the preferred glove of professional players. [5]

For many years it was customary for fielders to leave their gloves on the field when their team went in to bat. This practice was prohibited by the major leagues in 1954. [6]

Baseball gloves have grown progressively larger since their inception. While catching in baseball had always been two-handed, eventually, gloves grew to a size that made it easier to catch the ball in the webbing of the glove, and use the off-hand to keep it from falling out. A glove is typically worn on the non-dominant hand, leaving the dominant hand for throwing the ball; for example, a right-handed player would wear a glove on the left hand.

The shape and size of the baseball glove are governed by official baseball rules. Section 3.00 - EQUIPMENT AND UNIFORMS specifies glove dimensions and materials in parts 3.04 through 3.07.[ citation needed ]

The structure and quality of the baseball glove have developed greatly over the past century. Today, the production of baseball gloves is much more precise and efficient. This has greatly increased the usefulness and accessibility of baseball gloves to the general population. Currently, Easton is "experimenting with combining leather and Kevlar (used in bullet-proof vests) in a new ultra-lightweight glove line". [3] Manufacturers have also designed new, non-traditional types of gloves to suit non-traditional players. Also, manufacturers are personalizing gloves for high caliber players to help increase their exposure on national television. Even though there have been many advancements in the design and creation of the baseball glove, the greatest came in the invention of the catcher's mitt. However, as a Wake Forest University study demonstrated through 39 minor-league players, even though today's catcher's mitts are state-of-the-art, they still do not offer enough protection from injury to the hand and wrist.

The highest-quality baseball gloves are typically made of heavy leather. These heavy leather gloves usually take more time for the player to break in. These gloves also provide a tighter, more personalized fit for the player. This is an improvement from youth and recreational gloves, which tend to feature palm pads and/or adjustable velcro wrist straps. These gloves take less time to break in or they are pre-broken in, and are less personal and more "one size fits all". [7]

Baseball gloves are measured by starting at the top of the index finger of the glove and measuring down the finger, along the inside of the pocket and then out to the heel of the glove. Gloves typically range in size from 9 inches (youth starter size) to 12.75 inches for adult outfield play. [4] Catcher's mitts, unlike those of other gloves, are measured around the circumference, and they typically have 32- to 34-inch patterns.

The shape and size of a glove are described by its pattern. Modern gloves have become quite specialized, with position-specific patterns: 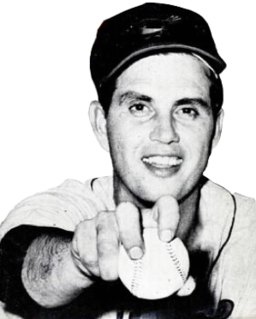