In Major League Baseball (MLB), the injured list (IL) is a method for teams to remove their injured players from the roster in order to summon healthy players. Before the 2019 season, it was known as the disabled list (DL).

The rule about rejoining the active roster only applies to eligibility to play in a game. Players are permitted to stay with the team and attend games, though players may leave the team to focus on treatment, to avoid traveling with the team on a road trip, and/or for short term minor league rehabilitation assignments to prepare for their return to the active roster.

Alternatively, a team may elect to keep a slightly injured player on the roster but list him as 'day-to-day' to indicate that the medical staff is unable to determine when the player can resume full playing activities. If the injury turns out to be minor, then the player may resume playing immediately without having to serve the minimum term on the injured list; however, depending upon the circumstances, the team may find itself effectively shorthanded in the meantime. This also allows a valuable, slightly injured player to continue to contribute in a limited role, such as pinch hitting. Retroactive placement on the IL may be made at most 10 days after the last time the affected player played in a game. [4] This allows a club to defer the decision to place a player on the injured list until more information can be learned about the extent and impact of the injury.

Starting with the 2011 season, Major League Baseball instituted a new, shorter injured list: a 7-day list specifically for concussions. The idea is to prevent long-term brain damage which may take up to 7 days by current standards, [5] without having to serve the 10- or 15-day minimum on the regular IL. If a player is not activated from the concussion injured list after 10 days (position players) or 15 days (pitchers and two-way players) have passed, he is automatically transferred to the 10- or 15-day injured list as applicable.

Also in 2011, Major League Baseball instituted a paternity list. This allows a team to replace a player who is an expectant father for 1–3 days on the roster to be available for the birth of his child. [6]

A free roster spot on an MLB club can be strategically valuable, leading to occasional creative use of injured lists by MLB teams and their minor league affiliates (similar to teams strategically appealing or dropping an appeal of a disciplinary suspension, in order align the timing of the sentence to optimize player contribution). Poor performing, slightly injured players might be put on the IL to be assigned to the minors for rehab, when the MLB club might really want them reassigned primarily because of performance, but might not otherwise be able to reassign them due to service time, lack of options, contract stipulations, etc. The Collective Bargaining Agreement between the players and the league contains rules against blatantly "gaming the system."

Players recovering from an injury may appear in a limited number of minor league games while still on the injured list in order to prepare for reactivation. Pitchers may play on a minor league club for up to 30 days; others for up to 20 days. [9]

The term "disabled list" was used as far back as 1887, and was common terminology in MLB for over 100 years until being changed to the current "injured list" prior to the 2019 season. [10] The name was changed after MLB was requested to do so by disability advocates, and also allows the term to be consistent with other professional sports that use an "injured reserve list". [11] Players on the "injured list" are not necessarily injured, some being ill or unable to play for other reasons. [12]

Major League Baseball transactions are changes made to the roster of a major league team during or after the season. They may include waiving, releasing, and trading players, as well as assigning players to minor league teams.

The injured reserve list is a designation used in North American professional sports leagues for athletes who become injured and temporarily unable to play. The exact name of the list varies by league; it is known as "injured reserve" in the National Football League (NFL) and National Hockey League (NHL), the "injured list" in the Canadian Football League (CFL), and the injured list in Major League Baseball (MLB). The National Basketball Association (NBA) does not have a direct analog to an injured reserve list, instead using a more general-purpose "inactive list" that does not require a player to be injured.

Francisco Cervelli is an Italian-Venezuelan former professional baseball catcher. He played in Major League Baseball (MLB) for the New York Yankees, Pittsburgh Pirates, Atlanta Braves, and Miami Marlins from 2008 through 2020.

Avisaíl Antonio García Yaguarin is a Venezuelan professional baseball right fielder for the Milwaukee Brewers of Major League Baseball (MLB). He made his major league debut in 2012. He previously played for the Detroit Tigers, Chicago White Sox, and Tampa Bay Rays.

Renato Rafael Núñez is a Venezuelan professional baseball third baseman for the Detroit Tigers of Major League Baseball (MLB). He previously played in MLB with the Oakland Athletics, Texas Rangers and Baltimore Orioles. 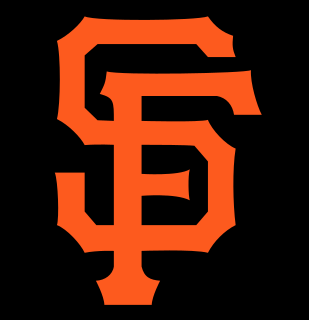 The 2017 San Francisco Giants season was the Giants' 135th season in Major League Baseball, their 60th year in San Francisco since their move from New York following the 1957 season, and their 18th at AT&T Park. They finished in last place in the National League West with a record of 64–98, the worst record in the National League, as well as their worst record as a team since 1985. The Giants tied with the Detroit Tigers for the worst record in MLB. Incidentally, both teams had competed in the 2012 World Series five years earlier, which the Giants won.