The Constitutional Court of the Italian Republic (Italian : Corte costituzionale della Repubblica Italiana) is the highest court of Italy in matters of constitutional law. Sometimes, the name Consulta is used as a metonym for it, because its sessions are held in Palazzo della Consulta in Rome.

The court is a post-World War II innovation.

According to Article 134 [2] of the Constitution, the Court shall pass judgement on

Since 12 October 2007, when reform of the Italian intelligence agencies approved in August 2007 came into force, the pretext of state secret cannot be used to deny access to documents by the Court.

The Constitutional Court is composed of 15 judges for the term of service of nine years: 5 appointed by the President, 5 elected by the Parliament of Italy [3] and 5 elected by the ordinary and administrative supreme courts. Candidates need to be either lawyers with twenty years or more experience, full professors of law, or (former) judges of the Supreme Administrative, Civil and Criminal tribunals. [4] The members then elect the President of the Court, since 11 December 2019 this has been Marta Cartabia. The President is elected from among its members in a secret ballot, by an absolute majority (8 votes in the case of a full court). If no person gets a majority, a runoff election between the two judges with the most votes occurs. The President of the Court appoints one or more vice-presidents to stand in for him in the event of his absence for any reason.

The separation of powers is a model for the governance of a state. Under this model, a state's government is divided into branches, each with separate and independent powers and areas of responsibility so that the powers of one branch are not in conflict with the powers associated with the other branches. The typical division is into three branches: a legislature, an executive, and a judiciary, which is the trias politica model. It can be contrasted with the fusion of powers in parliamentary systems and semi-presidential systems where the executive and legislative branches overlap.

The Government of Italy is a democratic republic established by a 1946 constitution. It consists of legislative, executive, and judicial subdivisions, as well as a Head of State, or President.

A referendum, in the Italian legal system is a request directed to the whole electorate to express their view on a determined question. It is the main instrument of direct democracy in Italy. 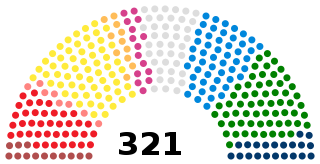 The Italian Parliament is the national parliament of the Italian Republic. It is the representative body of Italian citizens and is the successor to the Parliament of the Kingdom of Sardinia (1848–1861), the Parliament of the Kingdom of Italy (1861–1946), the transitional National Council (1945-1946) and the Constituent Assembly (1946-1948). It is a bicameral legislature with 945 elected members and a small number of unelected members (parlamentari). The Italian Parliament is composed of the Chamber of Deputies and Senate of the Republic. The two Houses are independent from one another and never meet jointly except under circumstances specified by the Constitution of Italy. 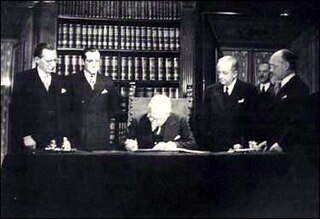 The Italian Republic was a short-lived (1802–1805) republic located in Northern Italy. Napoleon served as President and its capital was Milan. 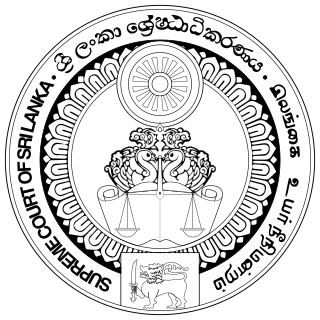 The president of Italy, officially the president of the Italian Republic is the head of state of Italy and in that role represents national unity and guarantees that Italian politics comply with the Constitution. The president's term of office lasts for seven years. The current holder is former Constitutional judge Sergio Mattarella, who was elected on 31 January 2015. 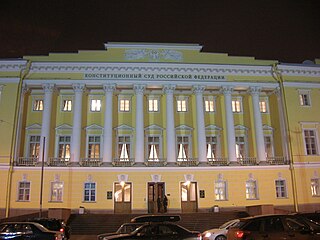 Nicolò Zanon is an Italian judge and law professor. He has been Judge of the Constitutional Court of Italy since 11 November 2014. Previously he was a law professor at the University of Milan.

A constitutional referendum was held in Italy on Sunday 4 December 2016. Voters were asked whether they approve a constitutional law that amends the Italian Constitution to reform the composition and powers of the Parliament of Italy, as well as the division of powers between the State, the regions, and administrative entities.

Augusto Antonio Barbera is an Italian judge and former constitutional law professor at the University of Bologna. In his political career he was member of the Chamber of Deputies between 1976 and 1994 for the Italian Communist Party and later the Democratic Party of the Left. In 1993 he served shortly as Minister without portfolio for relations with Parliament in the government of Prime Minister Carlo Azeglio Ciampi. Barbera has been Judge of the Constitutional Court of Italy since 21 December 2015. 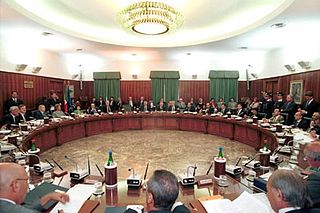 The institutions of constitutional importance of the Republic of Italy are those institutions which are mentioned by the Constitution of Italy, but are not directly defined by it.

Luca Antonini is an Italian lawyer, jurist, and constitutional law professor at the University of Padua. He is Judge of the Constitutional Court of Italy since 26 July 2018. 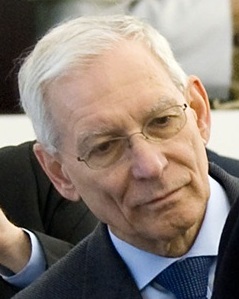 Valerio Onida is an Italian jurist, and constitutional law professor, former Judge of the Constitutional Court of Italy and President of the Court from September 2004 to January 2005.