Elmley Castle is a village and civil parish in Worcestershire, in England, United Kingdom. It is located on the north side of Bredon Hill 3 miles south east of Pershore in the local government district of Wychavon.

It had a population of 497 in 2001, and retains public amenities such as a bus route, public house, post office, primary school, local shop selling local produce, and church.

The remaining public house is now called "The Queen Elizabeth Inn", after Queen Elizabeth I, who is supposed to have stopped there. According to local legend, Elizabeth I was presented with a hat on her arrival in the village on the road from the nearby town of Pershore. The slope upwards out of the village at that point is still known as 'Besscaps'. [1]

The remains of a stone cross are still present in the centre of the village. Its age is unknown, and a significant portion remains underground.

The church of St. Mary dates from the end of the 11th century, the chancel shows herringbone pattern stonework in the external walls, the font has a 15th-century octagonal bowl on a 13th-century square base decorated with stonecarved serpents and dragons and the church was much added to in succeeding centuries. It contains grand monuments to Thomas, 1st Earl of Coventry and 17th century effigies of members of the Savage family. The decline in local Christian worshippers has led to a reduced service schedule at the church.

The ruins of an important Norman and medieval castle, from which the village derives its name, are located in the deer park, just over half a mile south on Bredon Hill. The castle is supposed to have been built by Robert d'Abitot le Despenser in the years following the Norman Conquest. After his death (post 1098) it descended to his brother, Urse the sheriff, and on his death c. 1108, it then fell to his son and heir, Roger d'Abitot, who was unfortunately banished c. 1114, and it was then bestowed upon his sister Emmeline d'Abitots' husband, Walter Beauchamp. It remained in the powerful Beauchamp family as their chief seat until William de Beauchamp inherited the earldom and castle of Warwick from his maternal uncle, William Maudit, 8th Earl of Warwick, in 1268. Thereafter, Elmley Castle remained a secondary property of the Earls of Warwick until it was surrendered to the Crown in 1487. In 1528 the castle seems to have been still habitable, for Walter Walshe was then appointed constable and keeper, and ten years later Urian Brereton succeeded to the office. In 1544, however, prior to the grant to Christopher Savage (d.1545), who had been an Esquire of the Body of King Henry VIII, a survey was made of the manor and castle of Elmley, and it was found that the castle, strongly situated upon a hill surrounded by a ditch and wall, was completely uncovered and in decay. [2]

An Elizabethan stone mansion succeeded the castle, on flatter ground, built for William Savage of Elmley Castle (1554-1616). [3] Queen Elizabeth stayed on 20 August 1575 after visiting Worcester. [4] This building was entirely remodelled in 1702. [5] 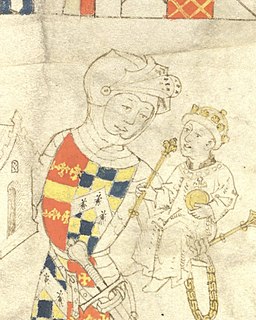 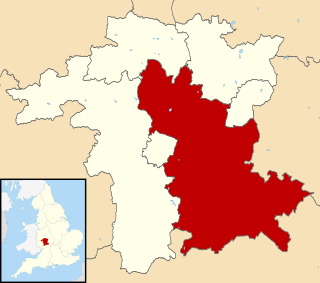 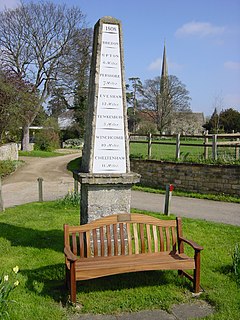 Bredon is a village and civil parish in Wychavon district at the southern edge of Worcestershire in England. It lies on the banks of the River Avon on the lower slopes of Bredon Hill, at "the beginning of the Cotswolds". As "Brensham Village", it has been made famous by the writer John Moore, whose descriptions of village life between the wars are widely celebrated. 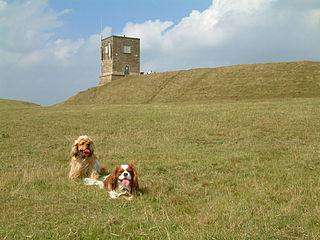 Bredon Hill is a hill in Worcestershire, England, south-west of Evesham in the Vale of Evesham. The summit of the hill is in the parish of Kemerton, and it extends over parts of eight other parishes. The hill is geologically part of the Cotswolds and lies within the Cotswolds Area of Outstanding Natural Beauty. However, it now stands isolated in the Vale of Evesham due to natural causes. 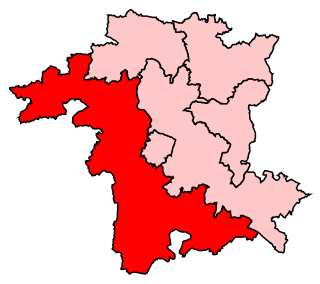 Beoley is a small village and larger civil parish north of Redditch in the Bromsgrove District of Worcestershire. It adjoins Warwickshire to the east. The 2001 census gave a parish population of 945, mostly at Holt End. The parish includes the hamlet of Portway, adjacent to the A435 road. It adjoins the Redditch suburb of Church Hill and the civil parishes of Alvechurch, Tanworth-in-Arden, Mappleborough Green and Wythall. 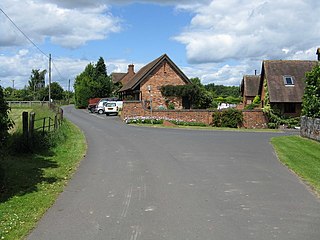 Holt is a village in the Wychavon district of the county of Worcestershire, England. The church is dedicated to St. Martin, and dates from about the 12th century. Holt Bridge, over the River Severn, was designed by Thomas Telford, and opened in 1830.

Little Witley is a village and civil parish in the Malvern Hills District in the county of Worcestershire, England.

Elmley Castle was a late 11th-century earthwork and timber castle which received stone additions in the 12th and possibly 13th centuries, located 0.5 miles (0.8 km) south of the village of Elmley Castle and 12 miles (19 km) southeast of the city of Worcester, in Worcestershire. Nothing but the earthworks survive. 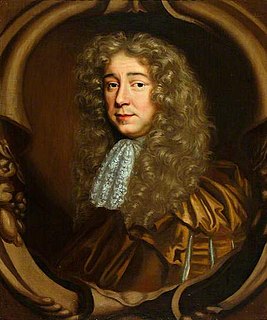 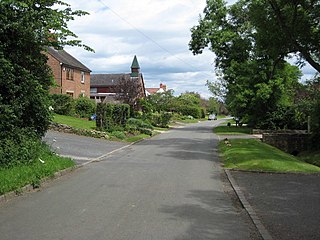 Bricklehampton is a village and civil parish in Worcestershire, England. In the 2011 census the population of the parish was recorded as 220. Its area is 369.7 hectares (1.427 sq mi). The village shares a parish council with Elmley Castle and Netherton.

Charlton is a village in the Wychavon district of the county of Worcestershire, England. During the 2007 United Kingdom floods, many homes were affected for the second time in a decade. Charlton lies between the River Avon and Bredon Hill. Evesham is 3 miles to the east, and Pershore 5 miles to the west, but its postal address is Pershore rather than Evesham. Fladbury and Cropthorne are its neighbouring villages, both within a mile Fladbury is just over the River Avon and Cropthorne up the hill.

Great Comberton is a village in Worcestershire, England, United Kingdom.

Croome D'Abitot is a village and civil parish, which shares a joint parish council with Severn Stoke, in the Malvern Hills District in the county of Worcestershire, England. The parish church of St Mary Magdalene is situated in the grounds of Croome Court.

Dormston is a village and civil parish in Worcestershire about 3 miles (4.8 km) south of Redditch. 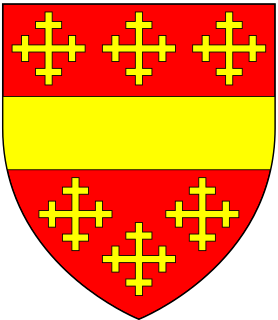 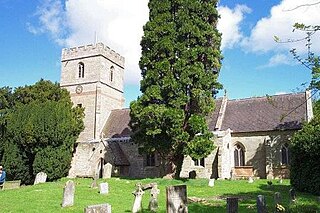 Salwarpe is a small village and civil parish in the Wychavon district of Worcestershire, England, less than two miles south west of Droitwich, but in open country. The name is also spelled Salwarp, and in the time of John Leland was recorded as Salop. Since 2003, Salwarpe has shared a parish council with Hindlip and Martin Hussingtree. 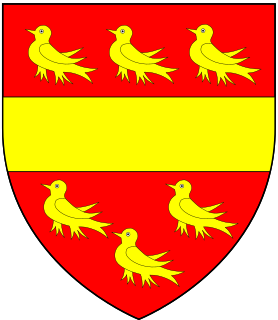 Walter de Beauchamp, of Beauchamp's Court, Alcester in Warwickshire and of Beauchamp Court, Powick in Worcestershire, was Steward of the Household to King Edward I from 1289 to 1303. He was the younger brother of William de Beauchamp, 9th Earl of Warwick (c.1238-1298), the first of his family to hold that title and was the founder of the junior line of the Beauchamp family known as "Beauchamp of Powick".