Last updated May 28, 2020
This article is about music. For the Fuerza Aérea de Chile (FACh), see Chilean Air Force.

The German Fach system (German pronunciation: [fax] ; literally "compartment" or "subject of study", here in the sense of "vocal specialization") is a method of classifying singers, primarily opera singers, according to the range, weight, and color of their voices. It is used worldwide, but primarily in Europe, especially in German-speaking countries and by repertory opera houses.

The Fach system is a convenience for singers and opera houses. It prevents singers from being asked to sing roles which they are incapable of performing. Opera companies keep lists of available singers by Fach so that when they are casting roles for an upcoming production, they do not inadvertently contact performers who would be inappropriate for the part.

Below is a list of Fächer (German pronunciation: [ˈfɛçɐ] ), their ranges as written on sheet music, and roles generally considered appropriate to each. When two names for the Fach are given, the first is in more common use today. Where possible, an English and/or Italian equivalent of each Fach is listed; however, not all Fächer have ready English or Italian equivalents. Note that some roles can be sung by more than one Fach and that many singers do not easily fit into a Fach: for instance some sopranos may sing both Koloratursopran and Dramatischer Koloratursopran roles. In addition, roles traditionally more difficult to cast may be given to a voice other than the traditional Fach. For instance, the "Queen of the Night" is more traditionally a dramatic coloratura role, but it is difficult to find a dramatic coloratura to sing it (particularly given the extreme range). Therefore, the role is often sung by a lyric coloratura.

Two roles mentioned above, Salome and the Marschallin, are relatively high dramatic sopranos and require that the soprano can endure long stretches of very high tessitura. Richard Strauss himself said that Salome should be sung by someone with the flexibility of a dramatic coloratura due to the high tessitura.

A bass-baritone is a high-lying bass or low-lying "classical" baritone voice type which shares certain qualities with the true baritone voice. The term arose in the late 19th century to describe the particular type of voice required to sing three Wagnerian roles: the Dutchman in Der fliegende Holländer, Wotan/Der Wanderer in the Ring Cycle and Hans Sachs in Die Meistersinger von Nürnberg. Wagner labelled these roles as Hoher Bass —see fach for more details. 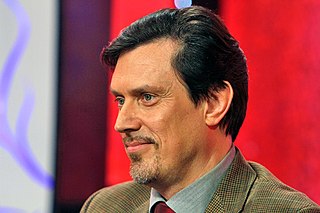 A Voice type is a group of voices with similar vocal ranges, capable of singing in a similar tessitura, and with similar vocal transition points (passaggi). Voice classification is most strongly associated with European classical music, though it, and the terms it utilizes, are used in other styles of music as well.