Last updated July 14, 2021
Italian physicist, who contributed to the discovery of the pion or pi-meson decay
"Occhialini" redirects here. For the main belt asteroid, see 20081 Occhialini.

Giuseppe Paolo Stanislao "Beppo" Occhialini ForMemRS [1] (Italian pronunciation:  [dʒuˈzɛppe okkjaˈliːni] ; 5 December 1907 – 30 December 1993) was an Italian physicist who contributed to the discovery of the pion or pi-meson decay in 1947 with César Lattes and Cecil Frank Powell, the latter winning the Nobel Prize in Physics for this work. At the time of this discovery, they were all working at the H. H. Wills Laboratory of the University of Bristol.

The X-ray satellite SAX was named BeppoSAX in his honour after its launch in 1996.

His father was the physicist Raffaele Augusto Occhialini (1878–1951), pioneer in the fields of spectroscopy and electronics theory. Giuseppe Paolo Stanislao Occhialini graduated at Florence in 1929. In 1932, he collaborated in the discovery of the positron in cosmic rays at the Cavendish Laboratory of Cambridge, under the leadership of Patrick Blackett, using cloud chambers. From 1937 to the 1944 he worked, on invitation of Gleb Wataghin, at the institute of physics of the University of São Paulo, in Brazil. He returned to Italy in 1944, teaching first in Genoa in 1950 and then in the physics department at the University of Milan in 1952.

In 1947, he contributed to the discovery of the pion or pi-meson decay in collaboration with César Lattes, Cecil Frank Powell and Hugh Muirhead. The discovery was made at the Wills Laboratory of Bristol using the technology of the tracks on specialized photographic emulsions. Powell won the Nobel Prize in Physics in 1950, in large part for this work. [2]

He was a protagonist in cosmic ray research with the nuclear utilization of photographic emulsions exposed to high energy cosmic radiation, work which culminated in 1954 with the European G-Stack collaboration. Later on with the coming of particle accelerators, Occhialini explored that new field of research. He also made outstanding contributions to space physics, importantly contributing to the foundation of the European Space Agency. [3]

Beppo Occhialini was an avid mountain climber. During WW II, staying in Brazil, then a country hostile to Italy, he became an authorized alpine guide in the Parque Nacional do Itatiaia, where there is a peak named "Pico Occhialini". 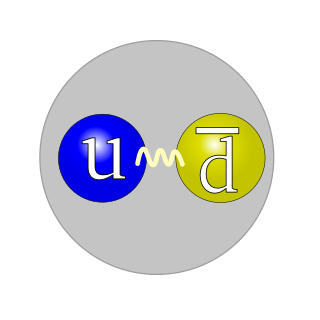 In particle physics, a pion is any of three subatomic particles:
π0
,
π+
, and
π−
. Each pion consists of a quark and an antiquark and is therefore a meson. Pions are the lightest mesons and, more generally, the lightest hadrons. They are unstable, with the charged pions
π+
and
π−
decaying after a mean lifetime of 26.033 nanoseconds, and the neutral pion
π0
decaying after a much shorter lifetime of 85 attoseconds. Charged pions most often decay into muons and muon neutrinos, while neutral pions generally decay into gamma rays.

Hideki Yukawa was a Japanese theoretical physicist and the first Japanese Nobel laureate for his prediction of the pi meson, or pion.

In particle physics, a kaon, also called a K meson and denoted
K
, is any of a group of four mesons distinguished by a quantum number called strangeness. In the quark model they are understood to be bound states of a strange quark and an up or down antiquark. 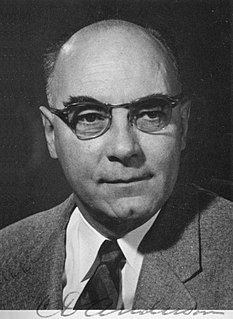 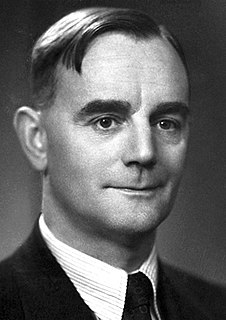 Cecil Frank Powell, FRS was a British physicist, and Nobel Prize in Physics laureate for heading the team that developed the photographic method of studying nuclear processes and for the resulting discovery of the pion (pi-meson), a subatomic particle. 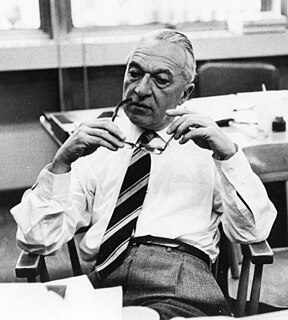 Cesare Mansueto Giulio Lattes, also known as César Lattes, was a Brazilian experimental physicist, one of the discoverers of the pion, a composite subatomic particle made of a quark and an antiquark.

The University of Palermo is a university located in Palermo, Italy, and founded in 1806. It is organized in 12 Faculties.

Marietta Blau was an Austrian physicist.

In particle and nuclear physics, a nuclear emulsion plate is a photographic plate with a particularly thick emulsion layer and with a very uniform grain size. Like bubble chambers, cloud chambers, and wire chambers nuclear emulsion plates record the tracks of charged particles passing through. They are compact, have high density and produce a cumulative record, but have the disadvantage that the plates must be developed before the tracks can be observed.

Debendra Mohan Bose was an Indian physicist who made contributions in the field of cosmic rays, artificial radioactivity and neutron physics. He was the longest serving Director (1938–1967) of Bose Institute. Bose was the nephew of the famous physicist Jagadish Chandra Bose, who laid the foundations of modern science in India. 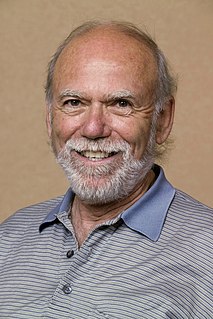 Barry Clark Barish is an American experimental physicist and Nobel Laureate. He is a Linde Professor of Physics, emeritus at California Institute of Technology and a leading expert on gravitational waves. 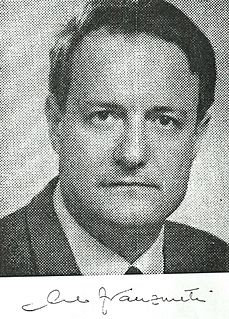 Cormac Ó Ceallaigh was an Irish physicist who worked in the fields of cosmic ray research and elementary particle physics.

The Milan school of physics indicates the tradition of research in the field of physics in Milan, with particular reference to the first and second half of the 20th century, when under the impulse of Orso Mario Corbino and Antonio Garbasso, and with the chair of theoretical physics by Aldo Pontremoli, the so-called Institute of Complementary Physics of Milan was formed at the University of Milan.

Hugh Muirhead was a British nuclear physicist and the last surviving author of the scientific paper announcing the discovery of the pion, a particle predicted by Hideki Yukawa.

Marietta Kurz was the first person to find evidence of the subatomic particles known as mesons, specifically pions.