Hum TV is a 24-hour Urdu General Entertainment TV channel based in Karachi, Pakistan. It was founded by Sultana Siddiqui and Duraid Qureshi. It is owned by Hum Network Limited and traded on Pakistan Stock Exchange as (HUMNL). [1]

Hum TV is one of Pakistan's biggest entertainment networks and regularly is in top ranks and maintains a loyal fanbase on social media, streaming platforms, as well as on television. [2]

The channel's drama series Humsafar , broadcast in 2011–2012, has become the most successful program of the channel to date, earning it widespread acclaim and international recognition. [5] [6] [7] Due to its success, critics referred to Pakistani television as a "Golden Age". [8]

At the 1st Hum Awards ceremony it was awarded the Hum Honorary Phenomenal Serial Award. [9] Hum TV caters to all genres from entertainment. While HUM caters to urban Pakistan, most dramas on Hum TV at the moment are skewed towards a teen/youth audience, with some other serials being aimed at a more mature urban audience.

Hum TV's programming has been known for shows like:

The network television serials are primarily produced under production company Momina Duraid Productions or MD Productions, owned by Momina Duraid wife of Siddiqui's youngest Son Duraid Qureshi and she is also a senior producer at channel. [2]

Durr-e-Shehwar is an Urdu language Pakistani drama serial written by Umera Ahmad and directed by Haissam Hussain. First broadcast in Pakistan by Hum TV, Durr-e-Shehwar premiered on 10 March 2012 and has been produced by Momina Duraid and Six Sigma Entertainment. Serial featured an ensemble cast of Sanam Baloch, Qavi Khan, Meekal Zulfiqar, Samina Peerzada, Noman Ejaz, and Nadia Jamil in lead roles. It ended its run on 16 June 2012, after airing 15 episodes. It marked the debut of actress Maya Ali. 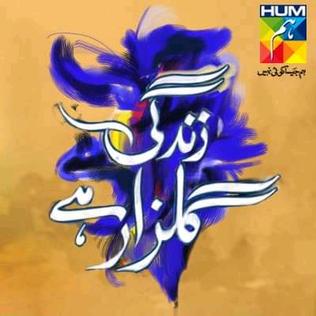 Zindagi Gulzar Hai is a Pakistani drama serial directed by Sultana Siddiqui and produced by Momina Duraid of Moomal Productions, which was broadcast on Hum TV. Based on the novel of the same name by Umera Ahmad, it was first telecast from 30 November 2012 to May 2013 in Pakistan. The story revolves around two people, opposite in thoughts and financial status, and has a strong female protagonist, contributing to its popularity amongst women.

Sultana Siddiqui, also known as Sultana Apa, is a Pakistani media mogul, television director, and producer who is the founder of Hum Network Limited. 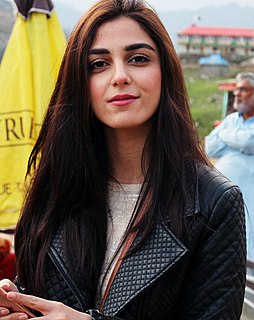 Maryam Tanveer Ali, known by her stage name Maya Ali is a Pakistani actress. Ali is known for her roles in both dramas and two films, and is the recipient of one Lux Style Award from four nominations.

The 1st Servis Hum Awards Ceremony presented by the Hum Television Network and Entertainment Channel (HTNEC), sponsored by Servis, Telenor and co-sponsored by Nokia Lumia, to honored the best dramas of 2012 of its own Channel Hum and to Fashion, Music. Ceremony took place on March 12, 2013 at the Expo Center in Karachi, Sindh beginning at PM/IST 8:00 p.m. and was televised on 28 April 2013. During the ceremony, the Hum Channel presented Awards in 24 regular categories along with in 3 honorary and in 2 special categories. The ceremony, televised in the Pakistan by Hum TV.

The 2nd Hum Awards ceremony, presented by the Hum Television Network and Entertainment Channel (HTNEC), sponsored by servis and Telenor talkshawlk, honored the best in fashion, music and Hum Television Dramas of 2013, which took place on 29 March 2014 at Expo Center in Karachi, Sindh beginning at 7:30 PST. The ceremony was recorded and was broadcast on 25 May 2014. During the ceremony Hum Television Network and Entertainment Channel presented awards in 29 regular categories along with 2 in honorary and 1 in special category. The ceremony was televised in Pakistan by Hum TV, while Servis returned as a main sponsor of the show.

Noor Hassan Rizvi is a Libyan-Pakistani model and actor. He has acted in Pakistani television drama serials, including Aseerzadi, Humsafar, Maat, Mah-e-Tamam, Shanakht, Ladies Park and many others. Before acting he was a ramp model for Pakistani designers and appeared in TV adverts for local and international brands in the country. He has also started directing.

Mohabat Subh Ka Sitara Hai is a Pakistani television tragic romantic drama serial that originally aired on the Hum TV from December 13, 2013, to May 16, 2014, comprising total of 23 episodes. it was also aired in India on Zindagi, premiering on 13 May 2016. The shows ended its run in India on June 8, 2016

The 3rd Hum Awards ceremony, presented by the Hum Television Network and Entertainment Channel (HTNEC), sponsored by Servis and Telenor, honored the best in fashion, music and Hum Television Dramas of 2014 and took place on 9 April 2015, at the Dubai World Trade Centre, Dubai, UAE 8:30 p.m. UAE Standard Time and was televised on 23 May at 7:30 p.m. PST. During the ceremony, HTNEC presented Hum Awards in 25 categories along with 3 in honorary and 2 in special categories. The ceremony, televised in Pakistan by Hum TV, was produced and directed by Nazeer Saeed Janjua while executive produced by Maimona Siddiqui.

Diyar-e-Dil is a Pakistani television drama serial, that originally aired on the Hum TV from 17 March 2015 to 27 October 2015, consisting of a total of 33 episodes. Diyar-e-Dil follows the lives of a dysfunctional family led by Agha Jaan and his grandchildren, Wali and Farah. The story is told in a heavily serialized manner. It revolves around the lives of Wali and Faarah, who were forced to commit with each-other for the cause of reuniting their family, that fell apart long ago because of Agha Jaan's eldest son Behroze, when he called off his long engagement to marry his late-love interest.

MD Productions is a Pakistani television and film production company based in Karachi, Pakistan. It is founded by Momina Duraid and Duraid Qureshi, son of Sultana Siddiqui.

Zindagi Tujh Ko Jiya is a Pakistani romantic soap which began on 22 February 2016 on Hum TV and aired Monday to Thursday evenings. It is directed by Abis Raza, written by Adam Azeen and produced by Momina Duraid under her home production and Gem Stones Productions. It was previously aired on Hum Sitaray as 100 Din Ki Kahani but was not finished.

Sawaab is a Pakistani Ramadan special drama serial that originally premiered on Hum Sitaray from 18 June – 17 July 2015 and then 7 June – 6 July 2016 simultaneously on its parent channel Hum TV. Noor-ul-Huda Shah served as a showrunner and creator while it is directed by Furqan .T. Siddiqui, with the screenplay written by Ghazala Naqvi and produced by Momina Duraid under her company MD Productions. It stars Sana Nawaz, Abid Ali, Samina Ahmed, Sohail Sameer, Yasra Rizvi and Khalid Malik in pivot roles.

Daasi is a 2019 Pakistani romantic drama television series co-produced by Momina Duraid and Moomal Shunaid under their production banners MD Productions and Moomal Entertainment. It features Mawra Hocane, Adeel Hussain and Faryal Mehmood. It was aired on Hum TV from 16 September 2019 to 13 April 2020.

Sammi(in Punjabi سمی ) is a Pakistani television drama serial about social causes that airs on Hum TV from 28 January 2017. It is written by Noor ul Huda Shah and directed by Saife Hassan. Set in rural Rahim Yar Khan, the series centers social issues on the rural society revolving around the concept of Vanni and shows moral lessons against common issues such as gender discrimination. Depicting the Vanni concept, storyline revolves around the journey of Sammi, a young girl who was sold off by her family to the Chaudhry family where her brother had killed her fiancé. Simultaneously it revolves around reality based issues with different characters within the same plot. It was nominated for Best Drama Serial at the 6th Hum Awards.

Jaal is a Pakistani Urdu-language drama television series premiered on 1 March 2019 on Hum TV. It is co-produced by Momina Duraid and Moomal Shunaid under their banner MD Productions and Moomal Entertainment. It stars Imran Ashraf, Sumbul Iqbal, Ali Kazmi and Sukaina Khan in leading roles.