Janice Robinson (born 8 December 1967) is an American singer, initially known as a member of 1990s Italian Eurodance group Livin' Joy before she embarked on a solo career.

Robinson, raised in Garfield, New Jersey, [1] gained worldwide success in the early to mid-1990s with the Italian house group Livin' Joy as the lead singer before going solo in 1999. After Robinson left, Livin' Joy scored more hits during the 1995–1996 period with another singer. However, the biggest remains "Dreamer", a huge international hit reaching number 1 in the UK and the top 10 in many other European countries. Robinson had previously worked with the Livin' Joy producers on two singles, "Children" and "Sweetest Day of May". On Livin' Joy's Don't Stop Movin, her vocals do not appear on any tracklisted songs, until the original "Dreamer" appears as a hidden track at the very end. Her subsequent solo debut album The Color Within Me was an earthy, more pop styled album and was released in 1999 to largely favorable reviews, scoring a minor pop hit with the single "Nothing I Would Change". In 2000, Janice performed on the drama Charmed , in the episode "Animal Pragmatism".

In 2000, she toured America as an opening act for Tina Turner's U.S. leg of her world tour. Robinson's biggest hit with Livin' Joy was reissued with new production, and new vocals and Robinson was credited for her work on it this time. "Dreamer '05" became a massive hit with fans and DJs alike making the top five of the Hot Dance Music/Club Play chart. Her dance single, "Earthbeat" is featured on the compilation Pride 1998, mixed/produced by Julian Marsh. Robinson took a long hiatus and had two daughters and to care for her ill parents.

In 2015, Robinson released "There Must Be Love" in collaboration with David Morales; the track was well received in clubs around the world, particularly in Italy. In 2017, she released the single "Father".

In 2018, Robinson returned to the stage on The X Factor UK as a contestant surprising the judging panel with the revelation that she was the voice and songwriter behind the international dance track "Dreamer". [2] She successfully made it to the live shows as part of the Over 28s category mentored by Ayda Field and finished in 14th place.

In 2019, Robinson spent the spring and summer touring the UK and abroad. On August 1, Robinson released a new single titled "Freedom", teaming up with DJ David Morales once again.

Lucas Prata - Let's Get It On

Natalia - Back For More

Reina - This Is Reina

Taylor Dayne - Naked without You

VFactory - These Are the Days EP 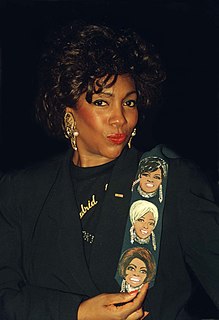 Mary Wilson was an American singer. She gained worldwide recognition as a founding member of The Supremes, the most successful Motown act of the 1960s and the best-charting female group in U.S. chart history, as well as one of the best-selling girl groups of all-time. The trio reached number one on Billboard's Hot 100 with 12 of their singles, ten of which feature Wilson on backing vocals. 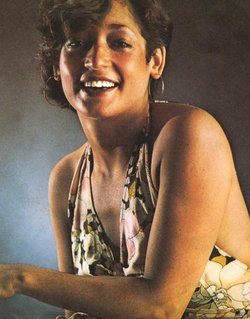 Vicki Sue Robinson was an American theatre and film actress, and singer, closely associated with the disco era of late 1970s pop music; she is most famous for her 1976 hit, "Turn the Beat Around".

Cynthia Ann Birdsong is an American singer who became famous as a member of The Supremes in 1967, when she replaced co-founding member Florence Ballard. Birdsong had previously been a member of Patti LaBelle & the Bluebelles.

Junior Vasquez, is an American DJ, record producer and remixer.

Dawn Sherrese Robinson is an American singer–songwriter, model, and actress. Robinson is best known as a founding member of the R&B/Pop group En Vogue, one of the world's best-selling girl groups of all time. Following her departure from En Vogue, Robinson joined Lucy Pearl and released their self-titled debut album Lucy Pearl in 2000, which went platinum worldwide and produced the successful singles "Dance Tonight" and "Don't Mess with My Man".

Kelly Llorenna is an English dance music singer, who was born in Slough, Berkshire and raised in Oldham, Greater Manchester. She is best known as the former lead vocalist for the dance group N-Trance in the 1990s. Their biggest hit was "Set You Free", which made the UK top five in early 1995. Since then she has had six UK top 10 singles. 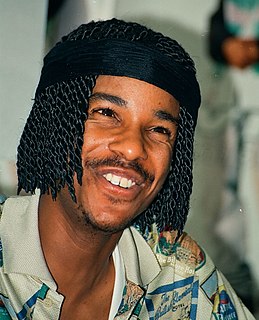 Tevin Jermod Campbell is an American singer, songwriter and actor. He performed gospel in his local church from an early age. Following an audition for jazz musician Bobbi Humphrey in 1988, Campbell was signed to Warner Bros. Records. In 1989, Campbell collaborated with Quincy Jones performing lead vocals for "Tomorrow" on Jones' album Back on the Block, and released his Platinum-selling debut album, T.E.V.I.N. The album included his highest-charting single to date, "Tell Me What You Want Me to Do", peaking at number 6 on the Billboard Hot 100. The debut album also included the singles "Alone With You", and "Goodbye". 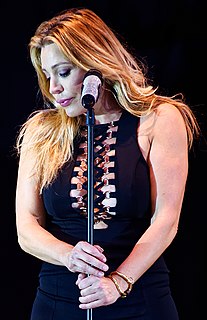 Taylor Dayne is an American singer, songwriter, and actress. She rose to fame in 1987 after her debut single "Tell It to My Heart". Dayne achieved six additional U.S. top-10 singles, including "Love Will Lead You Back", "Prove Your Love", and "I'll Always Love You".

Denise Lisa Maria Pearson, sometimes credited as Deniece Pearson, is an English singer-songwriter. She was the lead vocalist with the British pop/R&B group Five Star, which comprised herself and her four siblings. The group was created and managed by their father, Buster Pearson, in 1983. The group officially disbanded in 2001, though partial reunions have occurred since. 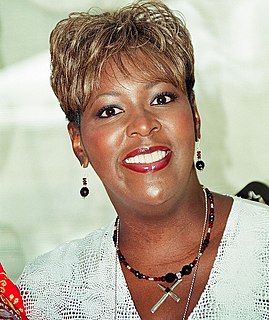 Sandra Barber is a house music singer from New York City who uses the stage name Sandy B.

Kathy Brown is an American dance and house singer from South Carolina. Her credits include vocals on the songs "Turn Me On " and "Strings of Life ".

Vernessa Ann Mitchell is an American contemporary Christian and gospel recording artist whose vocal versatility has been heralded by R&B and House audiences. 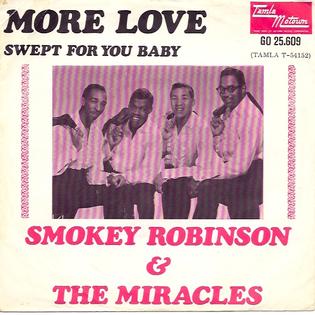 "More Love" is a 1967 hit single recorded by the American soul group The Miracles for Motown Records' Tamla label. The single, included on the group's 1967 album Make It Happen, later reissued in 1970 as The Tears of a Clown. Kim Carnes' husky 1980 cover of the song hit the Top 10 of Billboard's Adult Contemporary and Hot 100 charts. 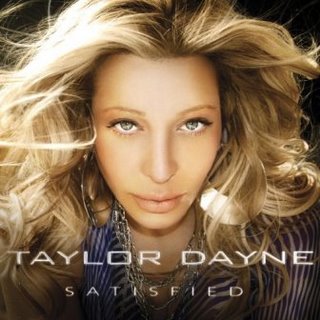 Satisfied is the fifth studio album by American singer-songwriter Taylor Dayne. It includes the single, "Beautiful" which went to Number 1 on the Billboard Hot Dance Charts in April 2008. "Crash" was used in a promotional commercial for the ABC network. This is Dayne's first album in ten years as well as her latest album to date. 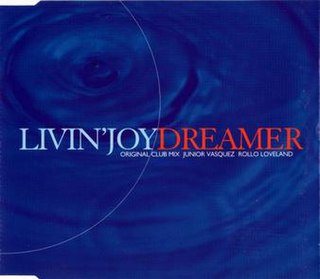 "Dreamer" is a song produced and recorded by Italian house group Livin' Joy. It features vocals by Janice Robinson, who also co-wrote the song. On 13 May 1995, it entered the UK Singles Chart at number-one. The song stayed on top of the chart for only a week, before being knocked off by "Unchained Melody" by Robson & Jerome. It racked up 21 non-consecutive weeks in the UK chart, ending the year as the 40th-biggest-selling single of 1995. In the United States, the song went to number-one on the Billboard Hot Dance Club Play chart. It was a sleeper hit on pop radio, but finally managed to peak at number 72 on the Billboard Hot 100. In November 2011, MTV Dance ranked it at number 15 in their list of The 100 Biggest 90's Dance Anthems Of All Time.

Don't Stop Movin' is the sole album by the Italian electronic music duo Livin' Joy. It featured the song "Dreamer", which peaked at No.1 on the UK Singles & US Dance charts, both in 1995. Janice Robinson who sang the lead on "Dreamer" decided to leave the group soon after, unable to reach a deal to record an album with the band. The band continued on and released "Don't Stop Movin'" a few months later, by which time, Tameka Starr had been chosen to be the group's new lead vocalist. "Don't Stop Movin'" peaked at No. 5 on the UK Singles Chart in Spring 1996. This was followed by another Top 10 single in the UK,. Two top 20 hits appeared in 1997, "Where Can I Find Love" and "Deep in You". The parent album, also called Don't Stop Movin', grouped together the hits, including "Dreamer" with new vocals by Starr.