Kurampala is a village in Pandalam in the state of Kerala, India. [1] 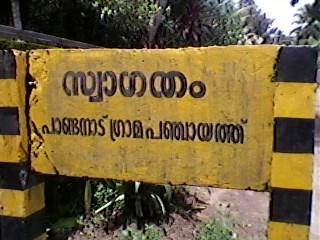 Kidangannoor is a town in the extreme west end of Pathanamthitta district in the state of Kerala, India. It is on the route between Aranmula and Pandalam. It is well connected to various places such as Chengannur (9.5 km), Pandalam (9.5 km), Aranmula (4 km), Kozhencherry (8 km), Pathanamthitta (18 km) by different roads. It is one of the fastest growing villages in Kerala. It is about 2 km from the border of Pathanamthitta & Alappuzha districts( Elimukku junction). It is about 4.5 km east of Mulakkuzha from MC road.

Nooranad is a developing town from south west Pandalam in Alappuzha district in the Indian state of Kerala. Padanilam is the cultural centre of Nooranad region. The Padanilam Parabrahma Temple is situated in Nooranad. 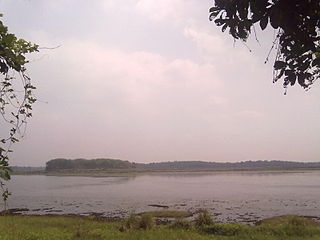 Palamel is a village in Alappuzha district in the Indian state of Kerala.It is located 10km south to pandalam 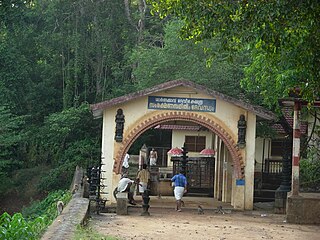 Edamulackal is a village in Kollam district in the state of Kerala, India. Situated near the second fastest growing town of Kerala, Anchal, the village, still retaining all the natural and scenic beauty of a typical Kerala village, is developing fast in education and service sectors too. The greeny slightly uneven terrain supports a wide range of agricultural activities, supported by the waters of Ithikkara river. 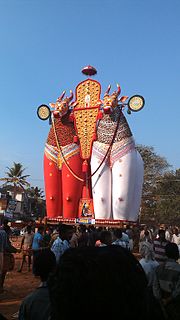 Kadamankulam is a village in Peruvanthanam village Panchayath, of Perumedu taluk, Idukki District of Kerala, India.

Pandalam dynasty a royal dynasty emerged from a branch of Pandya kingdom.