This list of Baptists covers those who were members of Baptist churches or raised in such. It does not imply that all were practicing Baptists or remained so all their lives. As an article of faith, Baptists do not baptize infants, but believers after conversion. Abbreviations of countries: Australia (A); Brazil (Br); Burma (Bu); Canada (Ca); China (C); Rep. of Congo (Kinshasa) (CK); Rep. of Congo (Leopoldville) (CL); England (E); India (I); Isle of Man (IoM); Jamaica (J); Japan (Jp); New Zealand (NZ); Puerto Rico (PR); Romania (R); Scotland (S); Sri Lanka, Ceylon (SL); Ukraine (Uk); United States and previous colonies (US);

Yes, I'm gonna get me religion, I'm gonna join the Baptist Church.
You know I wanna be a Baptist preacher, just so I won't have to work.

I was third alto on the second row of the First Baptist church choir
I was keeper of the minutes for the Tri Delts, in charge of the homecoming bonfire
I was a straight 'A', straight laced, level-headed as they come
And parked at the Sonic, isn't that ironic, when my whole world came undone
One slot over was a calf roper giving me his George Strait smile
And before I knew Miss Good-Two-Shoes was two-steppin', runnin' wild.

If she seems bitter of other ways,
Seems to have lost her Baptist ways,
If the truth comes harder than a lie,
If she's guilty, so am I

Somewhere in the middle of "Have Thy Own Way,"
She left an empty pew;
She said 'I think that's what I'll do.'"

Reformed Baptists are Baptists that hold to a Calvinist soteriology. They can trace their history through the early modern Particular Baptists of England. The first Reformed Baptist church was formed in the 1630s. The 1689 Baptist Confession of Faith was written along Reformed Baptist lines. 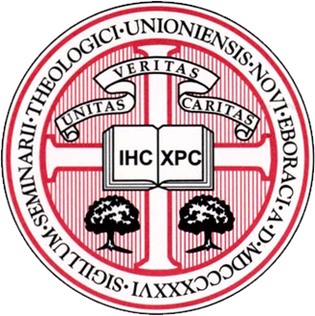 Harvard Divinity School (HDS) is one of the constituent schools of Harvard University in Cambridge, Massachusetts. The school's mission is to educate its students either in the academic study of religion or for leadership roles in religion, government, and service. It also caters to students from other Harvard schools that are interested in the former field. HDS is among a small group of university-based, non-denominational divinity schools in the United States.

The Vanderbilt Divinity School and Graduate Department of Religion is an interdenominational divinity school at Vanderbilt University, a major research university located in Nashville, Tennessee. It is one of only six university-based schools of religion in the United States without a denominational affiliation that service primarily mainline Protestantism. 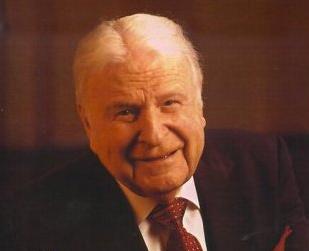 Wallie Amos Criswell, was an American pastor, author, and a two-term elected president of the Southern Baptist Convention from 1968 to 1970. As senior pastor of the First Baptist Church of Dallas for five decades he became widely known for expository biblical preaching at a popular level, and is regarded as a key figure in the late 1970s "Conservative Resurgence" within the Southern Baptist Convention. 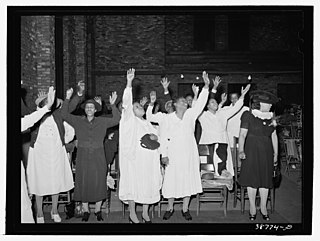 Religion of black Americans refers to the religious and spiritual practices of African Americans. Historians generally agree that the religious life of black Americans "forms the foundation of their community life." Before 1775 there was scattered evidence of organized religion among black people in the Thirteen Colonies. The Methodist and Baptist churches became much more active in the 1780s. Their growth was quite rapid for the next 150 years, until they covered a majority of the people.

Christopher D. Price is an American conservative Baptist pastor, theologian, and writer. He is currently serving as Lead Pastor of Northside Baptist Church in Garland, Texas.