Multi-channel networks are organizations that work with video platforms such as YouTube to offer assistance in areas such as "product, programming, funding, cross-promotion, partner management, digital rights management, monetization/sales, and/or audience development", [1] usually in exchange for a percentage of the AdSense revenue from the channel. [2]

Based in the UK

Based in North America

Based elsewhere in the world

The second incarnation of Viacom Inc., was an American multinational mass media conglomerate with interests primarily in film and television, which was formed as a spin-off of the first Viacom on December 31, 2005. It was one of two companies which succeeded the first Viacom, alongside CBS Corporation; both were owned by National Amusements, a theater company controlled by businessman Sumner Redstone. The spin-off was structured so that CBS Corporation would be the legal successor to the first Viacom, with the second Viacom being an entirely separated company. 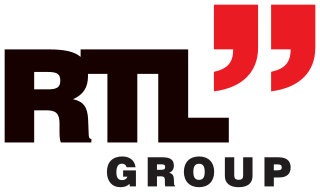 RTL Group is a Luxembourg-based digital media group with interests in 61 television and 30 radio stations in 10 countries. The group operates TV channels and radio stations in Germany, France, Belgium, the Netherlands, Luxembourg, Switzerland, Spain, Hungary, and Croatia as well as production companies throughout the world. It is majority-owned by German media conglomerate Bertelsmann, which considers it as a division. Its shares are quoted on the MDAX stock exchange in Germany.

Discovery Digital Networks was a San Francisco based multi-channel Internet television and digital cable network that created, produced and distributed Web television shows on niche topics. It was sold by Discovery Communications into Group Nine Media in December 2016 and, as such, no longer exists.

ProSiebenSat.1 Media SE is a European mass media company, based in Germany. It operates free-to-air commercial TV channels, pay television channels, radio stations and related print businesses. It also operates advertising platform solutions through AdTech and SevenVentures, and is working on new digital platforms, among other projects. It was formed on October 2, 2000 by the merger of German TV broadcasters ProSieben Media AG and Sat.1 SatellitenFernsehen GmbH. The company is listed on the Frankfurt Stock Exchange.

WildBrain, Ltd. is a Canadian media production, distribution and broadcasting company. Formed in 2006 by the merger of Decode Entertainment and the Halifax Film Company, the company is the largest independent owner of children's television in the industry.

Young Hollywood is a privately held multimedia entertainment company founded in Los Angeles, California, by R. J. Williams. The company licenses the “Young Hollywood” trademark domestically and internationally for a range of consumer products and services. In addition, they own a television network and are one of the world's largest producers and distributors of celebrity content in the digital space. Their content has received over 2 billion views.

A multi-channel network (MCN) is an organization that works with video platforms to offer assistance to a channel owner in areas such as "product, programming, funding, cross-promotion, partner management, digital rights management, monetization/sales, and/or audience development" in exchange for a percentage of the ad revenue from the channel.

Awesome Magical Tales is an animated series created by Adolfo Martinez Vara and José C. Garcia de Letona. Inspired by the characters from the 2003 Mexican animated film, Magos y Gigantes, the series was created and produced by Ánima Estudios and co-produced with SLR Productions, Home Plate Entertainment, and Telegael. It made its debut on Seven Network in Australia on 31 December 2012. In Mexico, the show premiered on digital and streaming platforms, dubbed as Generación Fairytale.

dittoTV was a Video on demand platform launched in 2012, from the digital arm of Zee Entertainment Enterprises Limited (ZEE), Zee Digital Convergence Limited. The service was integrated with Zee5 on February 15, 2018. It was India's most popular Over-the-top media services TV distribution platform offering LIVE TV and Catch Up Content to end consumers on their mobile phones, tablets, laptops, desktops, entertainment boxes and connected TVs. 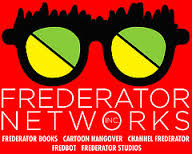 Frederator Networks, Inc. is a media company founded by Fred Seibert. It makes and distributes cartoons, often on Channel Frederator, and through its in-house animation studio Frederator Studios. It is the largest distributor of independent animation online.

Jukin Media, Inc. is an entertainment company that operates by identifying shareable or otherwise compelling user-generated videos, negotiating with the video owners, and then licensing the videos for third-party use and/or featuring the videos in its own productions. The company was founded in 2009 by Jonathan Skogmo, Aldo Carrascoso and Josh Entman and is headquartered in Los Angeles, California.

Zoomin is a global media and entertainment company located in Amsterdam, the Netherlands. Zoomin.TV produces content in 10 languages and is active worldwide with online advertising sales. Next to its headquarters in Amsterdam, the company also has offices in Berlin, Beijing and São Paulo.

Nordic Entertainment Group is a media and entertainment company operating broadcasting and OTT services focused primarily on the Nordic market. It was created after a proposed merger between parts of Modern Times Group and TDC A/S fell through.

There are currently about 40 providers of over-the-top media services (OTT) in India, which distribute streaming media over the Internet. In fiscal year 2018, the OTT market in India was worth ₹2,150 crore, and its value grew to ₹35 billion in 2019.

Wild Brain Family International Limited, trading as WildBrain Spark is a British multi-channel network that distributes and produces programming across YouTube and other digital platforms. Established in 2012 by Canadian children's television studio DHX Media after their purchase of WildBrain Entertainment, the division officially launched in 2016. It maintains offices in London.