Last updated February 21, 2020
This is a dynamic list and may never be able to satisfy particular standards for completeness. You can help by expanding it with reliably sourced entries.
"Despacito" by Luis Fonsi (left) featuring Daddy Yankee (right) has been the most liked video on YouTube since July 2017, with over 36.3 million likes as of February 2020 [update] .

This list of most-liked YouTube videos contains the top 30 videos with the most likes of all time. The like count is taken directly from the page of the video itself. YouTube implemented a like and dislike button on these pages in March 2010, part of a major redesign of the site. This served as a replacement for their five-star rating system; [1] YouTube's designers found the previous system ineffective because the options to rate a video between two and four stars were rarely selected. [2]

The music video for LMFAO's song "Party Rock Anthem" stood as the most liked video on YouTube in 2012, with 1.56 million likes, until the video for Psy's "Gangnam Style" surpassed it in September that year, yielding more than 1.57 million likes. [3] Following this accomplishment, "Gangnam Style" entered the Guinness World Records book as the most liked video on YouTube and on the Internet as of 2012. [4] Psy's video remained the most liked on YouTube for nearly four years until August 27, 2016, when Wiz Khalifa's "See You Again" featuring Charlie Puth surpassed it with 11.21 million likes. Less than a year later, on July 25, 2017, Luis Fonsi's "Despacito" featuring Daddy Yankee claimed the top spot with 16.01 million likes.

As of February 2020 [update] , BTS are the only artists to have three videos in the top 30, while Ed Sheeran, Justin Bieber, Maroon 5 and Blackpink have two.

The following table lists the top 30 most liked videos on YouTube, with each total rounded to the nearest ten thousand likes, uploader, like percentage and upload date. [upper-alpha 1]

The following table lists the videos that became YouTube's most liked video, from the implementation of the like button in March 2010 to the present.

Video-sharing platform YouTube is the second-most popular website as of August 2019, according to Alexa Internet. According to the company's press page, YouTube has more than one billion users, and each day, those users watch more than one billion hours of video. Censorship of it has occurred and continues to occur in some countries throughout the world. 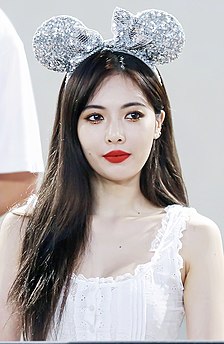 Kim Hyun-ah, better known by the mononym Hyuna, is a South Korean singer-songwriter, rapper and model. She debuted as a member of the girl group Wonder Girls in February 2007. After leaving the ensemble shortly after, Hyuna subsequently left JYP Entertainment and joined the girl group 4Minute, under Cube Entertainment. 4Minute debuted in June 2009 and went on to become one of the most popular girl groups in the country.

Park Jae-sang, known professionally as Psy, stylized in all caps, is a South Korean singer, rapper, songwriter, and record producer. Psy is known domestically for his humorous videos and stage performances, and internationally for his hit single "Gangnam Style". The song's refrain was entered into The Yale Book of Quotations as one of the most famous quotations of 2012.

"Gangnam Style" is the 18th K-pop single by the South Korean musician Psy. The song was released on July 15, 2012, as the lead single of his sixth studio album Psy 6, Part 1, and debuted at number one on South Korea's Gaon Chart. On December 21, 2012, "Gangnam Style" became the first YouTube video to reach one billion views. The song's music video has since been viewed over 3.5 billion times on YouTube, and was the most viewed video on YouTube from November 24, 2012, when it surpassed the music video for "Baby" by Justin Bieber featuring Ludacris, to July 10, 2017, when it was surpassed by the music video for "See You Again" by Wiz Khalifa featuring Charlie Puth.

"Gangnam Style" is a single released by South Korean rapper Psy on July 15, 2012. It achieved pop cultural shift in a way unseen previously in pop culture, beating the likes of LMFAO with Party Rock Anthem. It has achieved widespread international recognition and became the most viewed YouTube video, becoming the first one to gain a billion views on December 21, 2012. "Gangnam Style"'s unprecedented worldwide popularity was acknowledged by YouTube, who called it a "massive" hit at a global level "unlike anything we've ever seen before" while Billboard noted that "Gangnam Style" was nothing short of a pop culture phenomenon. As a result, it has influenced worldwide popular culture in many aspects. 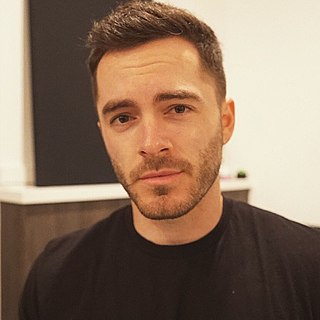 Jordan Maron, better known by his online alias CaptainSparklez, is an American YouTube personality, gamer-commentator, and electronic musician. Maron is primarily known for playing the video game Minecraft, which is featured on his main channel, CaptainSparklez, and the channel CaptainSparklez 2. His main channel is currently the 437th most-subscribed channel on YouTube with over ten million subscribers as of July 25, 2019.

Yoo Gun-hyung is a South Korean recording artist and record producer best known as the co-writer and co-producer of the 2012 worldwide hit song "Gangnam Style" performed by co-writer PSY.

"I Got a Boy" is a song recorded in Korean language by South Korean girl group Girls' Generation for their fourth Korean-language studio album of the same name. It was released on January 1, 2013 by S.M. Entertainment and KT Music. Produced by the group's long-time collaborator Yoo Young-jin and Will Simms, the song is described as a hybrid of various genres including bubblegum pop, dance, and electropop. 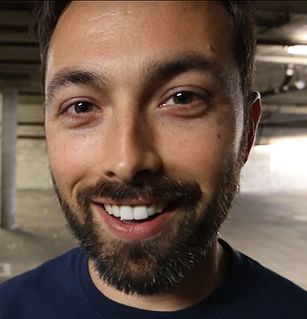 Derek Alexander Muller is an Australian-born Canadian science communicator, filmmaker and television personality, who is best known for his YouTube channel Veritasium. Muller has appeared as a correspondent on the Netflix web series Bill Nye Saves the World since 2017.

The music video of "Gangnam Style" by recording artist Psy is currently the seventh most viewed and the fifth most liked video on YouTube, as well as the 19th most disliked. It was directed by Cho Soo-hyun. The music video was filmed in Seoul for 48 straight hours. The video was premiered on July 15, 2012 and was later made available to download digitally on October 19. In the music video Psy "pokes fun at the style of Seoul's Gangnam-gu, a flashy district with high rents, high expectations and a focus on the high-status lifestyle". On December 21 2012, the music video was the first to hit 1 billion views on the video-sharing website YouTube and in June 2014 the video had surpassed 2 billion views. As of January 2020, the video has received over 3.5 billion views. 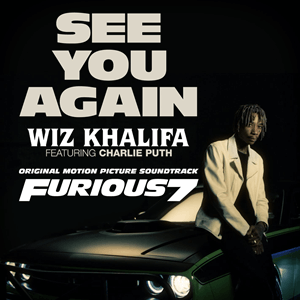 "See You Again" is a song recorded by American rapper Wiz Khalifa, featuring American singer Charlie Puth. The track was commissioned for the soundtrack of the 2015 action film Furious 7 as a tribute to actor Paul Walker, who died in a single-vehicle accident on November 30, 2013, in Valencia, California. Later on, the song was included as a bonus track on the international release of Puth's debut album, Nine Track Mind. The artists co-wrote the song with its co-producers, DJ Frank E and Andrew Cedar, with additional production from Puth and mixing provided by Manny Marroquin. "See You Again" was released on March 10, 2015, as the soundtrack's lead single in the United States. 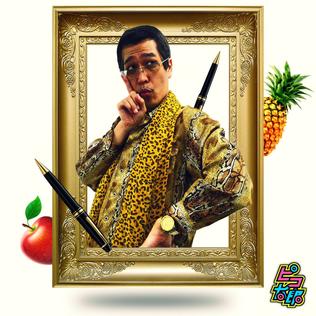 "PPAP (Pen-Pineapple-Apple-Pen)" is a single by Pikotaro, a fictional singer-songwriter created and portrayed by Japanese comedian Daimaou Kosaka. It was released as a music video on YouTube on 25 August 2016, and has since become a viral video. As of December 2019, the official video has been viewed almost 138 million times, spawned parodies, and has been hailed as the new "Gangnam Style" by various newspapers and online media. The single itself reached number 1 on the Billboard Japan Hot 100 chart and became the shortest single to chart on the Billboard Hot 100. At the end of 2016, the songs charted at number 6 on Japan Hot 100 Year-end Chart.