The National Medal of Science is an honor bestowed by the President of the United States to individuals in science and engineering who have made important contributions to the advancement of knowledge in the fields of behavioral and social sciences, biology, chemistry, engineering, mathematics and physics. The twelve member presidential Committee on the National Medal of Science is responsible for selecting award recipients and is administered by the National Science Foundation (NSF).

On January 7, 1979, the American Association for the Advancement of Science (AAAS) passed a resolution proposing that the medal be expanded to include the social and behavioral sciences. [2] In response, Senator Ted Kennedy introduced the Science and Technology Equal Opportunities Act into the Senate on March 7, 1979, expanding the medal to include these scientific disciplines as well. President Jimmy Carter's signature enacted this change as Public Law 96-516 on December 12, 1980.

The first National Medal of Science was awarded on February 18, 1963, for the year 1962 by President John F. Kennedy to Theodore von Kármán for his work at the Caltech Jet Propulsion Laboratory. The citation accompanying von Kármán's award reads:

The first woman to receive a National Medal of Science was Barbara McClintock, who was awarded for her work on plant genetics in 1970. [4]

The awards ceremony is organized by the Office of Science and Technology Policy. It takes place at the White House and is presided by the sitting United States president.

President Donald J. Trump did not confer any National Medals of Science during his presidency. The last time the medal was awarded was on May 19, 2016, when President Barack Obama conferred the 2013 and 2014 medals. [5]

Each year the National Science Foundation sends out a call to the scientific community for the nomination of new candidates for the National Medal of Science. Individuals are nominated by their peers with each nomination requiring three letters of support from individuals in science and technology. Nominations are then sent to the Committee of the National Medal of Science which is a board composed of fourteen presidential appointees comprising twelve scientists, and two ex officio members—the director of the Office of Science and Technology Policy (OSTP) and the president of the National Academy of Sciences (NAS). [6]

According to the Committee, successful candidates must be U.S. citizens or permanent residents who are applying for U.S. citizenship, who have done work of significantly outstanding merit or that has had a major impact on scientific thought in their field. The Committee also values those who promote the general advancement of science and individuals who have influenced science education, although these traits are less important than groundbreaking or thought-provoking research. The nomination of a candidate is effective for three years; at the end of three years, the candidates peers are allowed to renominate the candidate. The Committee makes their recommendations to the President for the final awarding decision.

The National Medal of Science depicts Man, surrounded by earth, sea, and sky, contemplating and struggling to understand Nature. The crystal in his hand represents the universal order and also suggests the basic unit of living things. The formula being outlined in the sand symbolizes scientific abstraction.

Theodore von Kármán was a Hungarian-American mathematician, aerospace engineer, and physicist who was active primarily in the fields of aeronautics and astronautics. He was responsible for many key advances in aerodynamics, notably on supersonic and hypersonic airflow characterization. He is regarded as the outstanding aerodynamic theoretician of the 20th century. 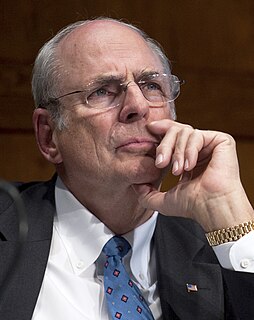 Norman (Norm) Ralph Augustine is a U.S. aerospace businessman who served as United States Under Secretary of the Army from 1975 to 1977. Augustine served as chairman and CEO of the Lockheed Martin Corporation. He was chairman of the Review of United States Human Space Flight Plans Committee.

The Shanti Swarup Bhatnagar Prize for Science and Technology (SSB) is a science award in India given annually by the Council of Scientific and Industrial Research (CSIR) for notable and outstanding research, applied or fundamental, in biology, chemistry, environmental science, engineering, mathematics, medicine, and Physics. The prize recognizes outstanding Indian work in science and technology. It is the most coveted award in multidisciplinary science in India. The award is named after the founder Director of the Council of Scientific & Industrial Research, Shanti Swarup Bhatnagar. It was first awarded in 1958.

The National Medal of Technology and Innovation is an honor granted by the President of the United States to American inventors and innovators who have made significant contributions to the development of new and important technology. The award may be granted to a specific person, to a group of people or to an entire organization or corporation. It is the highest honor the United States can confer to a US citizen for achievements related to technological progress.

Walter E. Massey is an American educator, physicist, and executive. President emeritus of the School of the Art Institute of Chicago (SAIC) and of Morehouse College, he is chairman of the board overseeing construction of the Giant Magellan Telescope, and serves as trustee chair of the City Colleges of Chicago. During his career, Massey has served as head of the National Science Foundation, director of Argonne National Laboratory, and chairman of Bank of America. He has also served in professorial and administrative posts at the University of California, University of Chicago, Brown University, and the University of Illinois.

The Kalinga Prize for the Popularization of Science is an award given by UNESCO for exceptional skill in presenting scientific ideas to lay people. It was created in 1952, following a donation from Biju Patnaik, Founder President of the Kalinga Foundation Trust in India. 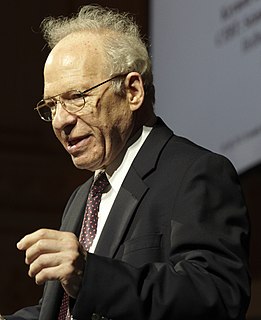 Mary Lowe Good was an American inorganic chemist who worked academically, in industrial research and in government. Good contributed to the understanding of catalysts such as ruthenium which activate or speed up chemical reactions.

Cato T. Laurencin, M.D., Ph.D., is an American engineer, physician, scientist, innovator and a University Professor of the University of Connecticut.

Margaret Ann "Peggy" Hamburg is an American physician and public health administrator, who is serving as the chair of the board of the American Association for the Advancement of Science (AAAS). She served as the 21st Commissioner of the U.S. Food and Drug Administration from May 2009 to April 2015.

Louis John Lanzerotti is a Distinguished Research Professor of physics in the Center for Solar-Terrestrial Research at New Jersey Institute of Technology (NJIT) in Newark, New Jersey. 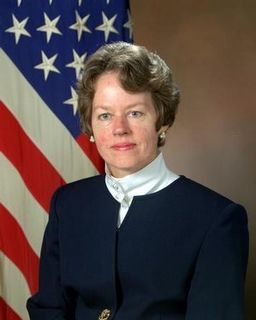 Anita Katherine Jones is an American computer scientist and former U.S. government official. She was Director, Defense Research and Engineering from 1993 to 1997. 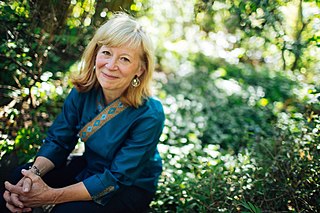 Geraldine Lee Richmond is an American chemist and physical chemist who is President Joe Biden's nominee to serve as Under Secretary of Energy for Science in the US Department of Energy. Richmond is the Presidential Chair in Science and Professor of Chemistry at the University of Oregon (UO). She conducts fundamental research to understand the chemistry and physics of complex surfaces and interfaces. These understandings are most relevant to energy production, atmospheric chemistry and remediation of the environment. Throughout her career she has worked to increase the number and success of women scientists in the U.S. and in many developing countries in Africa, Asia and South America. Richmond has served as president of the American Association for the Advancement of Science, and she received the 2013 National Medal of Science.

Nancy B. Jackson is an American chemist. She has done energy research on heterogeneous catalysis and the development of alternative fuels. She also works in the field of chemical nonproliferation, educating chemical professionals on the importance of safe and secure chemical practice in research, teaching and business, in an effort to prevent the misuse of chemicals as "weapons, poisons, explosives or environmental pollutants". She was the first implementer in developing the international Chemical Security Engagement Program. She is active in promoting diversity in STEM fields. She was president of the American Chemical Society in 2011, leading the organization during the International Year of Chemistry. In 2012, she was honored with the AAAS Award for Science Diplomacy.