Passau is a Landkreis (district) in the southeast of Bavaria. It encloses the city of Passau geographically from two sides. Neighboring districts are (from the east clockwise) Rottal-Inn, Deggendorf, Freyung-Grafenau. To the south it borders Austria.

In most German states, the primary administrative subdivision is the Landkreis ; the exceptions are the states of North Rhine-Westphalia and Schleswig-Holstein, which use the term Kreis. Most major cities in Germany are not part of any Kreis, but instead themselves perform functions like those of the Kreise; such a city is referred to as a Kreisfreie Stadt or Stadtkreis.

Passau is a town in Lower Bavaria, Germany, also known as the Dreiflüssestadt because the Danube is joined there by the Inn from the south and the Ilz from the north.

Archaeological findings prove that the area was settled more than 7000 years ago. In 1971 the district was created by merging the previous districts Wegscheid, Vilshofen, Griesbach (Rottal) and parts of the districts Pfarrkirchen and Eggenfelden. The city's original name was Batava (also known as Batavia) in Roman times. Passau survived three major fires, the biggest one being the all-destructive fire from 1662. After much of the city had burned down, bishops rebuilt it in Baroque style. To this day, massive cathedrals such as the St. Stephan's Dom (Dom means "cathedral" in German) stun visitors from all over the world. St. Stephan houses the world's largest church organ.

The district consists of two geographically different parts, separated by the river Danube. In the north is the southern part of the Bayrischer Wald (Bavarian Forest) mountains with hills up to 1000 meter. In the south of the Danube river the landscape is only hilly with plains between the valleys of the Inn and Ilz river. 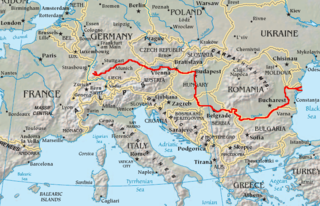 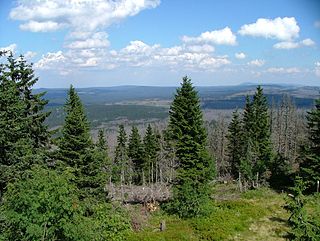 The bottom of the coat of arms show the blue-and-white checkered symbol of Bavaria. In the top part is a red wolf and a red panther. The wolf represents the abbey of Passau (Hochstift Passau), which is now the central part of the district. The panther is the symbol of the Wittelsbach family, and it represents the area of the former districts Vilshofen and Griesbach. 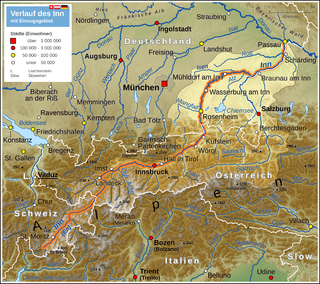 The Inn is a river in Switzerland, Austria and Germany. It is a right tributary of the Danube and is 518 kilometres (322 mi) long. The highest point of its drainage basin is the summit of Piz Bernina, at 4,049 metres (13,284 ft). The Engadine, the valley of the En, is the only Swiss valley whose waters end up in the Black Sea. 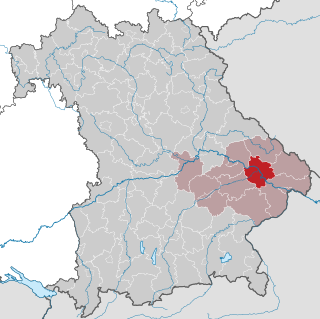 Deggendorf is a Landkreis (district) in Bavaria, Germany. It is bordered by the districts of Regen, Freyung-Grafenau, Passau, Rottal-Inn, Dingolfing-Landau and Straubing-Bogen. 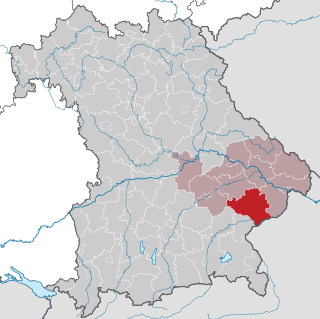 Rottal-Inn is a Landkreis (district) in the southeastern part of Bavaria, Germany. Neighboring districts are Altötting, Mühldorf, Landshut, Dingolfing-Landau and Passau. To the southeast is the Austrian state Upper Austria (Braunau). 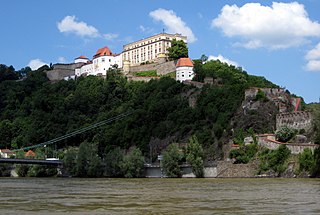 Veste Oberhaus is a fortress that was founded in 1219 and, for most of its time, served as the stronghold of the Bishop of Passau, Germany. It is currently the site of a museum, a youth hostel, and a restaurant, as well as an open-air theatre dating to 1934. 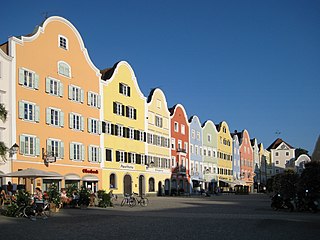 Schärding (help·info) is a town in northern Austrian state of Upper Austria, the capital of the district of the same name, and a major port on the Inn River. Historically, it was owned by the Wittelsbach family, which reflects in the town's architecture. 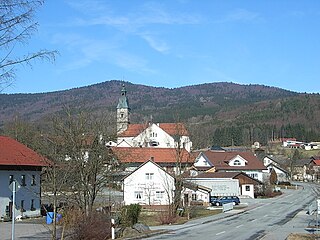 Zenting is a municipality in the district of Freyung-Grafenau in Bavaria in Germany.

Bad Griesbach is a town in the district of Passau in Bavaria in Germany. 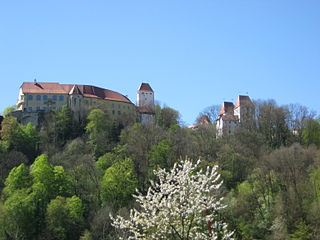 Neuburg am Inn is a municipality in the district of Passau in Bavaria in Germany. 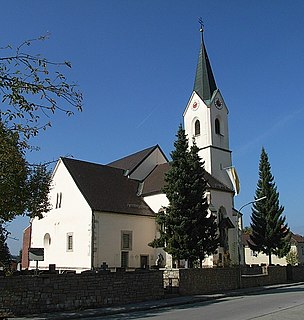 Tiefenbach is a municipality in the district of Passau in Bavaria in Germany. 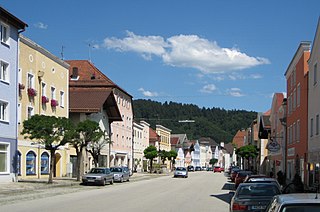 Obernzell is a municipality in the district of Passau in Bavaria in Germany.

Ortenburg is a municipality and old market town in the district of Passau in Bavaria in Germany. 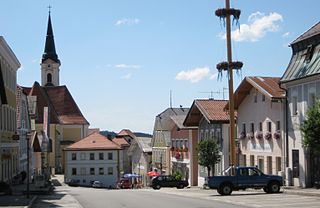 Untergriesbach is a municipality in the district of Passau in Bavaria in Germany. 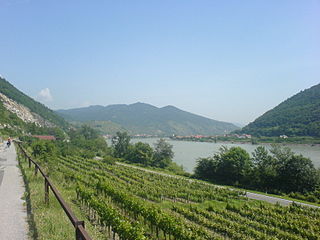 EuroVelo 6 (EV6), named The Rivers Route, is a EuroVelo long-distance cycling route running along 3,653 km (2,270 mi) some of Europe's major rivers, including much of the Loire, some of the Saône, a short section of the upper Rhine and almost the entire length of Europe’s second longest river, the Danube — from the Atlantic coast of France to the city of Constanța on the Black Sea. 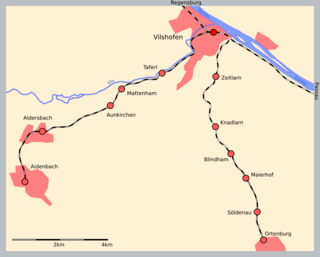 The Vilshofen –Ortenburg railway, also known as the Wolfach Valley Railway, is a branch line or Lokalbahn in the province of Lower Bavaria in southern Germany. It was opened on 16 January 1908 and closed to passenger services on 30 September 1962. 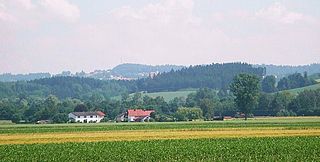 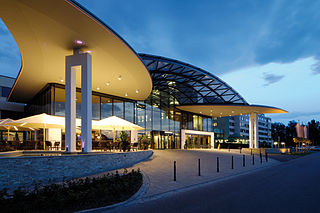 The so-called Lower Bavarian Spa Triangle or Rott Valley Spa Triangle refers to the three spa towns of Bad Füssing, Bad Griesbach and Bad Birnbach in the province of Lower Bavaria in southern Germany. These health resorts are in the districts of Passau and Rottal-Inn in the Lower Rott Valley. 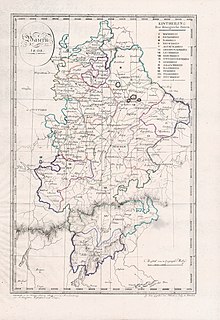 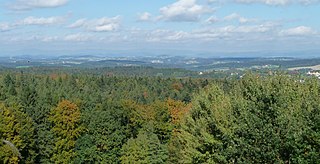 The Neuburg Forest is a largely forested hill ridge and natural region in Lower Bavaria in the county of Passau and the borough of Passau. It is named after the village of Neuburg am Inn.