Pleione is a small genus of predominantly terrestrial but sometimes epiphytic or lithophytic, miniature orchids. [2] This genus is named after Pleione, mother of the Pleiades (in Greek mythology), and comprises about 20 species. Common names of this genus include peacock orchid, glory of the east, Himalayan crocus, Indian crocus and windowsill orchid. The genus Diploconchium Schauer is generally included here. Pleione is abbreviated to Pln in trade journals.

Pleione is named after the water-nymph Pleione of Greek mythology. [3]

The sympodial growth habit of terrestrial Pleione orchids is unusual. They have relatively large, spongy, almost globular or ampulliform pseudobulbs, narrowed at the apex. Every pseudobulb is only active for one year and carries one or two pleated parallel-veined leaves, with a length of 15–30 cm (6–12 in). These drop off before winter. The pseudobulb stays dormant, till a new one starts to develop. This one produces new roots and a short pedicel. This pseudobulb remains active till the end of the bloom. Then the whole cycle starts all over again.

The big, showy flowers originate from new shoots formed at the base of the pseudobulb. They are pink to purplish, white or yellow, while the fringed, tubular lip is often paler or white, with yellow, red or purple dots and stripes. The flowers of the mountain species start blooming in spring, while the new shoots develop. The flowers of the orchids, growing in warmer climates, bloom in autumn, when the leaves have dropped.

They are very closely related to the genus Coelogyne and were once considered part of it.

Pleione is distributed in the mountains and foothills of the Himalayas, India, Tibet, Nepal, Bhutan, Bangladesh, Myanmar, Thailand, Laos, Vietnam, Taiwan, and China. [1] [4] The species are well adapted to cold temperatures and even frost. A few, however, prefer warmer temperatures. They grow in well-drained habitats and on rocks covered with moss at altitudes of 600–4,200 m (1,969–13,780 ft).

It has been suggested that P. bulbocodioides, P. limprichtii and P. pleionoides could all be the same species.

Currently, there are two sections in the genus Pleione:

They are easily grown by the layman, easy to propagate and are among the most popular orchids. They are much in demand for hybridization. Numerous garden hybrids have been produced, of which the following have gained the Royal Horticultural Society's Award of Garden Merit:- [5]

Hybrids of Pleione with other genera are placed in the following nothogenera: [7] 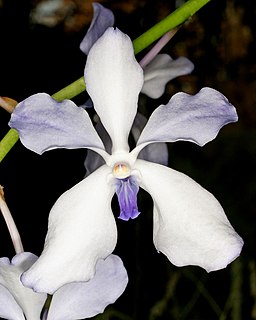 Vanda, abbreviated in the horticultural trade as V., is a genus in the orchid family, Orchidaceae. There are about 87 species, and the genus is commonly cultivated for the marketplace. This genus and its allies are considered to be among the most specifically adapted of all orchids within the Orchidaceae. The genus is highly prized in horticulture for its showy, fragrant, long-lasting, and intensely colorful flowers. Vanda species are widespread across East Asia, Southeast Asia, and New Guinea, with a few species extending into Queensland and some of the islands of the western Pacific.

Paphiopedilum, often called the Venus slipper, is a genus of the lady slipper orchid subfamily Cypripedioideae of the flowering plant family Orchidaceae. The genus comprises some 80 accepted taxa including several natural hybrids. The genus is native to Southeast Asia, the Indian Subcontinent, southern China, New Guinea and the Solomon and Bismarck Islands. The type species of this genus is Paphiopedilum insigne. 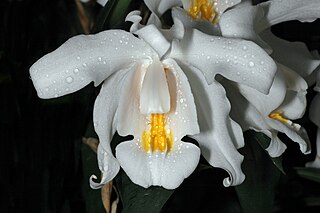 Coelogyne is a genus of over 200 sympodial epiphytes from the family Orchidaceae, distributed across India, China, Indonesia and the Fiji islands, with the main centers in Borneo, Sumatra and the Himalayas. They can be found from tropical lowland forests to montane rainforests. A few species grow as terrestrials or even as lithophytes in open, humid habitats. The genera BolborchisLindl., HologynePfitzer and PtychogynePfitzer are generally included here. The genus is abbreviated Coel. in trade journals. 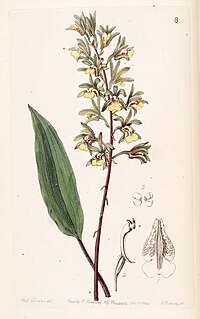 Tainia, commonly known as ribbon orchids or 带唇兰属 is a genus of about thirty species of evergreen, terrestrial orchids in the distributed from India, China, Japan, Southeast Asia to New Guinea, the Solomon Islands and Queensland. 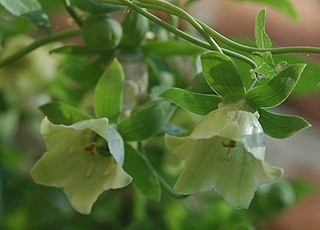 Hemipilia is a genus of plants in the family Orchidaceae. It is native to China, the Himalayas and Southeast Asia.

Herminium is a genus of plants in family Orchidaceae, widespread across much of Europe and Asia.

Panisea is a genus of plant in family Orchidaceae. It is native to China, the Indian Subcontinent, and Indochina.

Neottia is a genus of orchids. The genus now includes the former genus Listera, commonly known as twayblades referring to the single pair of opposite leaves at the base of the flowering stem. The genus is native to temperate, subarctic and arctic regions across most of Europe, northern Asia, and North America, with a few species extending into subtropical regions in the Mediterranean, Indochina, the southeastern United States, etc.

This page lists orchid species according to their respective distribution range.

Ponerorchis is a genus of Asian terrestrial tuberous orchids. It is native to temperate Eurasia, from Poland to Japan, to the north of the Indian subcontinent and to northern Indochina.

Pholidota, commonly known as rattlesnake orchids, is a genus of flowering plants from the orchid family, Orchidaceae. Plants in this genus are clump-forming epiphytes or lithophytes with pseudobulbs, each with a single large leaf and a large number of small, whitish flowers arranged in two ranks along a thin, wiry flowering stem that emerges from the top of the pseudobulb. There are about thirty five species native to areas from tropical and subtropical Asia to the southwestern Pacific.

Coelogyne flaccida is a species of orchid that is native to southeast Asia and northeastern South Asia. Cultivated as an ornamental plant, it is also known as the bearded Coelogyne and the loose Coelogyne. 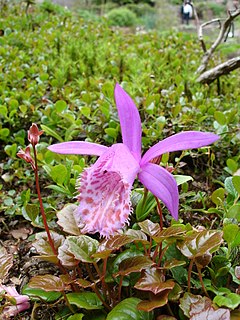 Pleione limprichtii, the hardy Chinese orchid, is a species of flowering plant in the family Orchidaceae, endemic to China, and also possibly grows in northern Burma. It is an epiphytic or lithophytic orchid growing to 15 cm (6 in) tall by 30 cm (12 in) broad, with a pear-shaped pseudobulb that produces a single folded leaf. Deep pink flowers with rose red spotted lips are borne in spring. 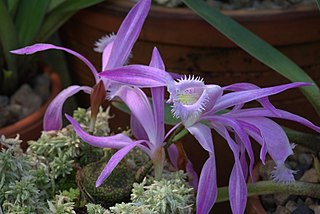 Pleione praecox is a species of orchid found from the west-central Himalaya to China. It is the type species of the genus Pleione.

Geodorum, commonly known as shepherds' crooks or 地宝兰属 , is a genus of eight species of flowering plants in the orchid family, Orchidaceae. They are deciduous, terrestrial herbs with underground pseudobulbs, broad, pleated leaves and small to medium-sized, tube-shaped or bell-shaped flowers on a flowering stem with a drooping end. Species in this genus are found in southern Japan, tropical Asia, Australia and islands of the southwest Pacific Ocean. 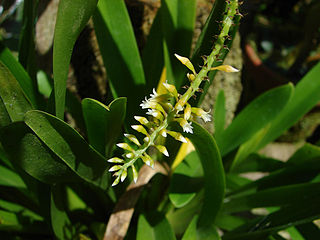 Microlepia is a genus of ferns in the family Dennstaedtiaceae described as a genus in 1836. Most of the species are native to Asia, with many endemic to China, although a few species occur also in Australia, Africa, the West Indies, Latin America, and various oceanic islands.