Robert Anthony Kelly (born 21 December 1964) is a former English footballer and manager who is currently one of the assistant managers at Wigan Athletic in League One.

He is best known for his spell as manager of Leicester City, as well as being assistant manager at several clubs, he has also been a caretaker manager at Preston North End, Sheffield Wednesday, Nottingham Forest and West Bromwich Albion.

Kelly began his career at Leicester City, making his debut as a 19-year-old in a home game against Sunderland at the end of the 1983/84 season. He also had a brief loan spell at Tranmere Rovers. After making 18 starts for the Foxes (plus nine substitute appearances) and scoring one goal, he joined Wolverhampton Wanderers in 1986.

As a youngster, he also received a call up to represent Ireland at youth level.

Then moving to Watford as youth team coach, Blackburn Rovers as Academy Director, and then Leicester City.

After the sacking of Leicester manager Craig Levein, following 18 months in charge, Kelly stepped up from his assistant manager role to take control on a caretaker basis.

In his first ten games in charge his team took 21 points from a possible 30, steering the side up the Championship table and away from the threat of relegation to League One. He was awarded the Championship Manager of the Month award for March 2006. This followed wins over relegation rivals Hull City and Millwall, as well as victory against Luton Town and a creditable draw against Premiership-bound Reading. In recognition of his achievements, on 14 April 2006 he signed a one-year rolling contract, confirming his status as manager.

On 11 April 2007 Kelly was sacked due to a poor run of results, his final game being a 3–0 defeat away to Plymouth Argyle. He was replaced by Nigel Worthington until the end of the season.

In May 2007 he joined Preston North End as part of the club's coaching staff. [1] After the sacking of manager Paul Simpson. [2] The club appointed Alan Irvine as the Club's new manager on 20 November 2007, with Kelly his assistant. In the season 2008/2009, Preston with Irvine and Kelly reached the Championship Play-Off's. Narrowly missing out on a place in the final, losing 2-1 on aggregate to Sheffield United.

Kelly acted as caretaker manager following the departure of Alan Irvine in December 2009, a 7–0 FA Cup win over Colchester being his only game in charge. He left the club following the appointment of Darren Ferguson as manager.

Kelly re-united with Alan Irvine at Sheffield Wednesday, once more as assistant manager. After Irvine left the Owls in February 2011, [3] Kelly also departed after Gary Megson was appointed as manager and made changes to the coaching staff. [4]

Kelly joined Nottingham Forest as assistant manager to Steve McClaren's backroom team in the summer of 2011, with Jimmy Floyd Hasselbaink the club's First Team Coach. When McClaren resigned on 2 October after a dispute with the club's board Steve Cotterill was appointed the club's new manager on 14 October, with Kelly remaining as Forest's assistant manager. [5]

He was again placed 'temporarily in charge of first team affairs' during the pre season of the 2012/13 campaign after the sacking of Steve Cotterill by the club's new owners. [5] Following the subsequent appointment of Sean O'Driscoll, [6] Kelly again reverted to the role of assistant manager.

He remained assistant manager when O'Driscoll was in turn sacked in December 2012 and replaced by Alex McLeish, only to find himself as caretaker manager yet again just six weeks later when McLeish resigned. Billy Davies was announced as the club's new manager on 7 February, though it was also announced that Kelly would remain in his role at the club.

During the summer of 2014, Alan Irvine was appointed the manager of West Brom, again hiring Kelly as his assistant manager. On 29 December 2014, Kelly took over the team alongside coaches Keith Downing and Dean Kiely after Irvine's dismissal. [7] on 1 January 2015, they drew 1–1 away at West Ham United. [8] and then recorded a 7–0 victory against Gateshead in the FA Cup on 3 January 2015, following the appointment of Tony Pulis as Head Coach

On 5 January, Kelly, Dean Kiely and Keith Downing all departed the club, with Pulis wanting to reshape his own backroom team. [9]

On 3 June 2015, he was appointed as Assistant Head Coach to Uwe Rosler at Leeds United under the ownership of Massimo Cellino. [10]

In December 2015, Kelly agreed to become first team coach and link up again with Alan Irvine alongside Paul Lambert at Blackburn Rovers. After they successfully guided the club to Championship safety, all three coaches left Rovers in the summer of 2016 before the start of the following season.

Kelly once again joined up with Uwe Rösler at Fleetwood Town. Kelly was appointed a mere 3 days before the start of the 2016/17 League 1 season.

In their inaugural season at Fleetwood, the team under Rösler and Kelly achieved their highest points tally and final league position in the club's history. Finishing 4th in League 1 with 82 points, and reaching the League 1 Play-Off's where they were narrowly defeated by Bradford City (1-0 over two legs). During the 2016/17 league season, Fleetwood with the youngest average aged squad in the division, went a club record 18 games unbeaten, including a memorable 2–0 away win at eventual league winners Sheffield United.

Kelly was appointed assistant manager to Ryan Lowe at Football League Two side Bury on 10 July 2018, as the club targeted an immediate return to League One. [11] Despite well documented off the field issues, the team performed well and when Kelly left to join Swedish side Malmö FF, Bury were in an automatic promotion position which it maintained until the end of the season, winning promotion back to League One at the first attempt.

On 1 January 2019 Kelly was announced as assistant coach to Uwe Rösler at Swedish giants Malmö FF. Before the start of the domestic league season, Malmö were beaten over two legs in the last 32 knockout round by eventual Europa League winners Chelsea FC. In Kelly's first full season in Allsvenskan, Malmö finished 2nd behind Djurgården by 1 point. Malmö continued to be successful in Europe, again winning through an 8-game qualifying route to the group stages of the 2019/20 Europa League. Despite being drawn in a tough group alongside: Dynamo Kiev, FC Copenhagen and FC Lugano, the Swedish side only lost one game and won the group after defeating Kiev 4–3 at Swedbank Stadion and Copenhagen 1–0 away in Denmark. By qualifying for the last 32 knockout stages of the Europa League in consecutive years, the club made history as the only Swedish side to achieve this feat in the modern era.

On 7 February 2020 he followed Uwe Rösler and joined Fortuna Düsseldorf as assistant manager.

On 4 September 2020 Kelly was appointed as assistant manager to David Dunn at League Two side Barrow. [12]

Following the sacking of Dunn on 13 December 2020, Kelly was appointed as caretaker manager, [13] leading Barrow to victories over Cheltenham Town and Port Vale. [14] With the appointment of new manager Michael Jolley, he returned to his role as assistant manager for Barrow's game with Tranmere Rovers on 29 December 2020. [15]

On 21 February 2021, Barrow parted company with Jolley and Kelly was once again named as caretaker manager, this time until the end of the season. [16] During his second stint as caretaker manager, Kelly presided over an upturn of form and on 27 April 2021, with two matches remaining, Barrow secured their Football League status for the following season with a 2–0 win at Forest Green Rovers. [17]

Following the season, Kelly turned down the Barrow manager's job on a permanent basis [18] and on 26 May 2021 it was announced that he had left the club. [19] 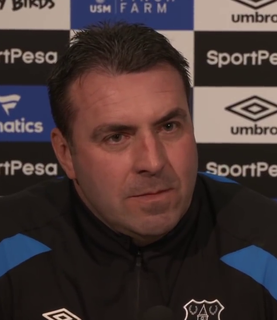 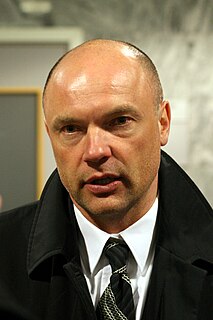 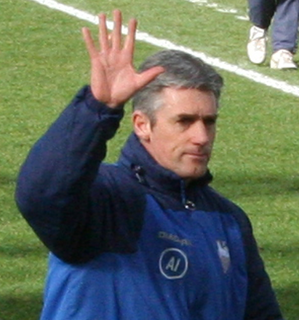 Alan Thomas Kelly is a former professional footballer who played as a goalkeeper for Preston North End, Sheffield United and Blackburn Rovers, along with short loan spells at Stockport County and Birmingham City. Born in Preston, Kelly represented the Republic of Ireland internationally, winning 34 caps for his country. Both his father, Alan Kelly, Sr., who also represented Ireland, and older brother, Gary Kelly, played as goalkeepers. 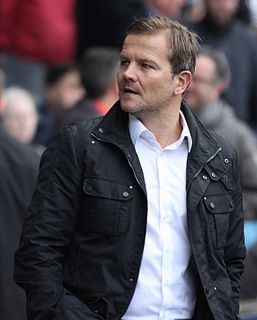 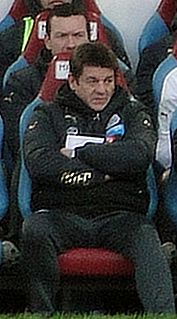 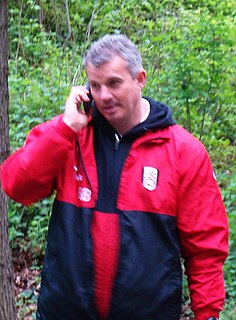 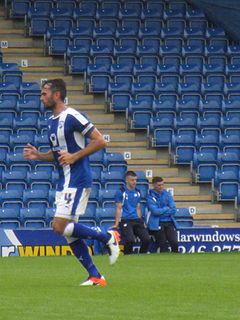 Adrian Samuel Hird is an English professional footballer who plays for Barrow. Although primarily a central defender, he can also play as a defensive midfielder.

Keith Gordon Downing is an English former footballer and football manager who is now an assistant head coach at Bristol City. He made the vast majority of his appearances for Wolverhampton Wanderers.