The Very Reverend Dr Robert Andrew Willis KStJ DL (born 17 May 1947) is an Anglican priest, theologian, chaplain and hymn writer. [1] He was Dean of Canterbury from 2001 to 2022, having previously served as Dean of Hereford between 1992 and 2000. During the COVID-19 pandemic, after public worship was suspended, Willis received media attention for his popular daily video broadcasts of Morning Prayer from the deanery garden at Canterbury Cathedral.

Willis was born in 1947 to Thomas Willis, who worked at an aircraft company, and Vera Britton. His elder sister Pauline (1939–2020) was a journalist who wrote for The Guardian . [2]

Willis was educated at Kingswood Grammar School in Kingswood, near Bristol. After graduating from Warwick University with a BA degree, [3] he studied for ordination at Ripon College Cuddesdon [4] and completed a Diploma in Theology (DipTh) at Worcester College, Oxford. [3]

In 1987 Willis became vicar of Sherborne Abbey, a former cathedral and abbey in Dorset. [5] In addition, he was chaplain to Sherborne School for Girls. He was appointed canon and prebendary of Salisbury Cathedral in 1988 and served as rural dean of Sherborne from 1991 to 1992. [3]

In November 1992 Willis was instituted as Dean of Hereford, [6] primus inter pares (first among equals) of the governing body of Hereford Cathedral. [3] In addition, he was priest-in-charge of St John's Church, Hereford.

During the COVID-19 pandemic, the Church of England suspended public worship. [12] In response, Willis, filmed by his civil partner Fletcher, began to broadcast religious services from the deanery garden at Canterbury Cathedral. His video recordings of the daily service of Morning Prayer were watched by thousands of people around the world who dubbed themselves the "Garden Congregation". [13] By the time the Dean's retired in May 2022, he had produced well over 900 broadcasts and had cumulatively accrued millions of views on Youtube and other platforms around the world, reaching many who needed a point of contact, spiritual or otherwise, in the dark days of the lockdowns. The broadcasts were also downloaded and shared between Christian communities in parts of the world where it is dangerous for them to gather together or worship openly.The broadcasts followed the traditional pattern of daily morning prayer in the Anglican Church, built around the daily reading of Scripture and saying the pasalms. The interweaving of all aspects of human history and creativity in arts, music, philosophy, literature into these services which were filmed all over the house and gardens from the pigsty to the roof, gained global appeal. The broadcasts celebrated noteworthy days such as Thanksgiving, Jewish New Year and Chinese New Year, making them truly global and ecumenical, and the content drew heavily on the Dean's fifty years of ministry experience and keen concern for nature and the environment to draw attention to issues around the world. [13]

In May 2020 he received international media attention when his cat, Leo, walked between his legs and into his cassock. [14] [15] A similar incident occurred in July 2020, when another one of his cats, Tiger, began to drink from a jug of milk that had been positioned next to Willis. [16] A third incident occurred during Willis's broadcast on Shrove Tuesday 2021, when Tiger stole a pancake that was next to Willis. [17] [18]

On 16 February 2022 it was announced that Willis would retire as Dean of Canterbury on 16 May.

Willis has written a number of hymns, some of which have been published in the latest edition of Hymns Ancient and Modern . His hymns include "Let Us Light a Candle", "Earth's Fragile Beauties We Possess" and "The Kingdom is Upon You". He also wrote the Christmas carol "Heaven Responds at Bethlehem", set to a tune by George Butterworth, which was sung for the first time by the Canterbury Cathedral girls' choir at the cathedral's carol services in 2016. [19]

Willis is also an accomplished pianist and opera enthusiast.

Willis was appointed a Commander of the Venerable Order of Saint John (CStJ) in 2001 [20] and a Knight in 2009 (although the Order does not grant the use of the prefix "Sir"). [21] In 2011 he was appointed a deputy lieutenant of the county of Kent. [4] He was awarded the Cross of St Augustine by the Archbishop of Canterbury, Dr Rowan Williams, in 2012. [3] 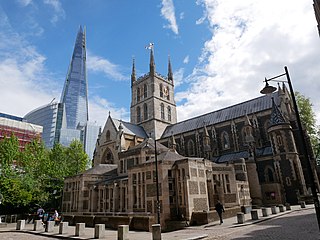 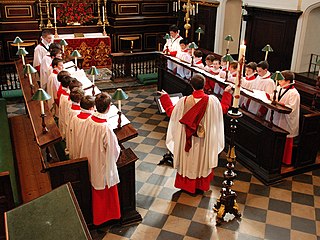 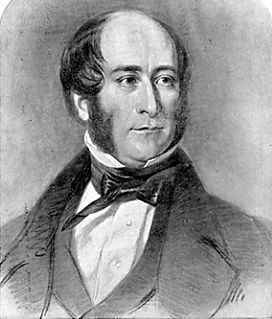 Samuel Sebastian Wesley was an English organist and composer. Wesley married Mary Anne Merewether and had 6 children. He is often referred to as S.S. Wesley to avoid confusion with his father Samuel Wesley. 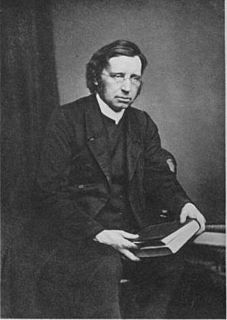 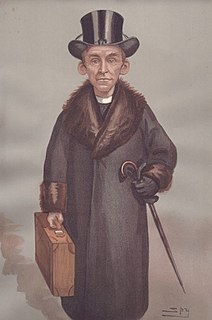 John Dudley Galtrey Kirkham was a British Anglican bishop. He was the Bishop of Sherborne in the last quarter of the 20th century and the first area bishop under the 1981–2009 area scheme.

Wilfred Marcus Askwith was the 2nd Bishop of Blackburn who was later translated to Gloucester. Born in Hereford and educated at Hereford Cathedral School, Bedford School and Corpus Christi College, Cambridge he was ordained in 1914. His first post was as Curate at St Helens Parish Church. After this he was a Master and Assistant Chaplain at his old school then Rector of Stalbridge. From 1925 to 1932 he was Chaplain to Europeans at Nakuru in Kenya. Returning to England he was Vicar of Sherborne then Rural Dean of Leeds before his elevation to the episcopate. He died on 16 July 1962.

Alistair James Magowan is a British retired Anglican bishop. He served as the Bishop of Ludlow — the sole suffragan bishop of the Church of England Diocese of Hereford — from 2009 until his 2020 retirement.

Richard Hey Lloyd was a British organist and composer.

Rose Josephine Hudson-Wilkin, is a British Anglican bishop, who has been suffragan Bishop of Dover in the diocese of Canterbury - deputising for the Archbishop - since 2019: she is the first black woman to become a Church of England bishop. She had served as Chaplain to the Speaker of the House of Commons from 2010 to 2019, and previously in the Church Army and then parish ministry.

Stephen Lake is an Anglican clergyman and author who has been Bishop of Salisbury since April 2022; he was previously Dean of Gloucester from June 2011.

Ian Christopher Black is a British Anglican priest who has served as Dean of Newport since 2021.