"Theme of Exodus" is a song with music by Ernest Gold, written for the 1960 film epic film on the founding of the modern State of Israel Exodus , based on the 1958 novel Exodus by Leon Uris. The film features an ensemble cast, and its celebrated soundtrack music was written by Ernest Gold who won both Best Soundtrack Album and Song of the Year at the 1961 Grammy Awards for the soundtrack and theme to Exodus respectively. It is the only instrumental song to ever receive that award. [1]

Following its initial film appearance, the theme has been recorded by many artists in both instrumental and vocal versions, and has also appeared in a number of subsequent films and television programs. The best-known cover version of the theme is an instrumental version. [2] This version was accompanied by The London Symphony Orchestra. [3] Bob Marley incorporated portions of the theme into his song "Exodus". [4]

"Kissing a Fool" is a song written and performed by George Michael and released by Columbia Records in 1988. 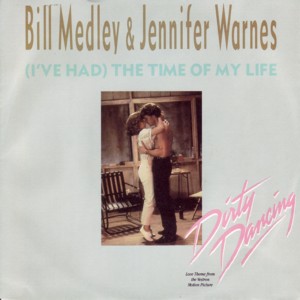 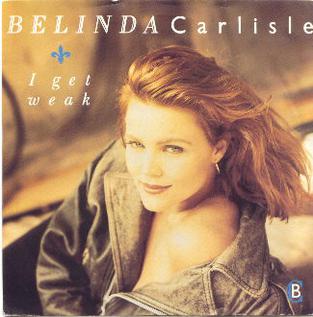 "I Get Weak" is a song recorded by American singer Belinda Carlisle for her second studio album Heaven on Earth (1987). The song was written by Diane Warren and produced by Rick Nowels, and was released as the second single from the Heaven on Earth album on February 15, 1988. 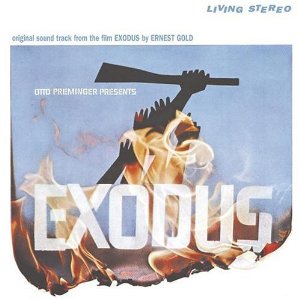 "Make Me Lose Control" is a 1988 Billboard Hot 100 #3 hit single written and performed by the singer-songwriter Eric Carmen. It was co-written by Dean Pitchford. It is one of two major hits written by the duo, the other being the 1984 song "Almost Paradise" by Mike Reno and Ann Wilson.

Top Model, cycle 1 was the first cycle of the Norwegian adaptation of Top Model. It aired on TV3 from September to November 2006. The winner of the competition was 16-year-old Maria Eilertsen from Stavanger.

"Se Me Va la Voz" is a Spanish language song by Mexican singer Alejandro Fernández released as the lead single from his seventh studio album, Dos Mundos: Evolucion. The music video of the song was released on YouTube in December 2009. The song reached number-one on February 6 on the Billboard Hot Latin songs chart.

"Vampires" is a pop/rock track by New Zealand rock band the Dukes. It's the first single to be taken from the Dukes forthcoming sophomore LP "Still Life", after the band decided against including their two previous singles on this release.

Heidenheim Heideköpfe is a German baseball and softball club from Heidenheim an der Brenz, Baden-Württemberg. The club was established in 1992 as the baseball arm of Heidenheimer Sportbund (SB), a parent organization that contains several clubs in different sports, and played its first season in 1993 in the Baden-Württemberg District League. The first men's team was promoted to the first division of the Baseball Bundesliga for the 2001 season and has played there in every season since, winning championships in 2009, 2015, 2017 and 2019.

"Snake Charmer" is a single by UK bhangra artist Panjabi MC and the first track to be lifted from his 2008 album Indian Timing. It was released as a single in the UK in May 2009.

Theo Thomson is a Malawian born singer, songwriter. Thomson is owner of the Blantyre-based Matalala Recording Studio. He lived in the UK, where he gained an interest in music with rapid artists productions performing and moved back to Malawi to expand his music career. His father is a former DJ and owner of Fm 101 Power radio Oscar Thomson. He is also the grandson of former Malawian Minister of Trade and Industry, Harry Thomson.

"Crush" is a song by Malaysian artist Yuna featuring American singer Usher. It was released as a single from Yuna's third international studio album, Chapters (2016).

"Ganz Wien" is a song by Falco. It was originally released in 1981 as a single and later appeared on his 1982 debut album Einzelhaft.