According to the 2001 census Thornton-Cleveleys has a population of 25,547, increasing to 28,703 at the 2011 census. The population of the individual borough council wards was recorded as:

Thornton is first mentioned in 1086 in the Domesday Book, where it was referred to as Torentum (a name preserved by Torentum Court on Lawsons Road). At the time it covered a large area including what are now Cleveleys and Fleetwood, and had a very low population density. It is thought that a settlement had existed at the site since the Iron Age, and a Roman road passes close to the village. The area remained lightly populated until 1799, when the marshland around the village was drained and agricultural production began on a large scale. [2]

A railway station was opened in Thornton in 1865. The opening of salt works at nearby Burn Naze by the United Alkali Company in the early 1890s (later becoming ICI) led to significant expansion of the village, with new houses and community buildings constructed. Thornton became an urban district council in 1900, surviving until 1974 when it became part of the Wyre Borough Council. [2]

Thornton for Cleveleys railway station was formerly the principal intermediate stop on the Fleetwood branch of the LMS/British Rail London Midland Region railway, running from Poulton-le-Fylde, but it has been years since the station was used, and with the recent fencing-over of the level crossing in Station Road/Victoria Road East in order to prevent youths from congregating on the tracks, the glory days of Thornton are long since gone. However, a decision by an action group based in Poulton means they will finance a feasibility study into bringing the railway back to Thornton and Fleetwood. [3]

Marsh Mill, a large, well-preserved windmill built in 1794, is a prominent landmark. It was commissioned by Bold Hesketh, uncle of Peter Hesketh (later Peter Hesketh-Fleetwood), who would go on to play a prominent role in the expansion of Fleetwood. Tragedy struck in May 1930, when a Miss Alice Baldwin and a Mrs Mary Jane Bailey visited the windmill with an interest in purchasing it. However, when both women stepped onto the fantail platform, the platform collapsed and the women fell to their deaths. [4]

Thornton contains a number of schools, including Baines Endowed Primary School, Thornton Primary School, Stanah Primary School, Royles Brook Primary School and Millfield Science and Performing Arts College. The public library, situated at Four Lane Ends, was closed down in the autumn of 2016 as a result of cost-cutting measures by Lancashire County Council. This decisions was hugely unpopular and despite protests and a petition, the decision to close the library wasn't initially overturned, [5] but the library reopened in February 2018 after the decision was reversed.

The town boasts two cricket clubs - Thornton-Cleveleys C.C. and Norcross C.C. both playing in the Moore & Smalley Palace Shield competition and both having three senior sides and several junior teams in a variety of age groups.

Thornton Judo Club was established in 1974, formerly at The Sports centre and now at the Scout Hall on Marsh Road. It is a Member club of The British Judo Council and The British Judo Association. 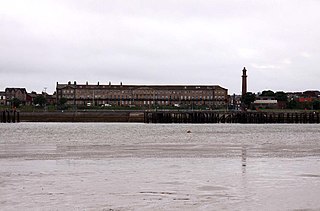 Wyre is a local government district with borough status in Lancashire, England. The population of the non-metropolitan district at the 2011 census was 107,749. The district borders the unitary authority area of Blackpool as well as the districts of Lancaster, Ribble Valley, Fylde and Preston. The council is based in Poulton-le-Fylde. The district is named after the River Wyre, which runs through the district. It was formed on 1 April 1974 by the Local Government Act 1972 and was a merger of the municipal borough of Fleetwood, along with Poulton-le-Fylde, Preesall, Garstang and Thornton-Cleveleys urban districts and various rural districts. 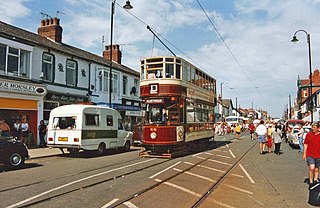 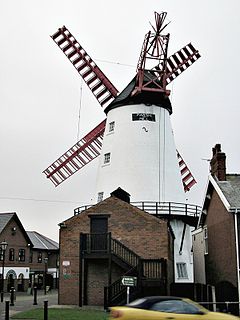 Thornton is a village in the Borough of Wyre, about 4 miles (6 km) north of Blackpool and 2 miles (3 km) south of Fleetwood. The civil parish of Thornton became an urban district in 1900, and was renamed Thornton-Cleveleys in 1927. In 2011 the Thornton Built-up area sub division had a population of 18,941. 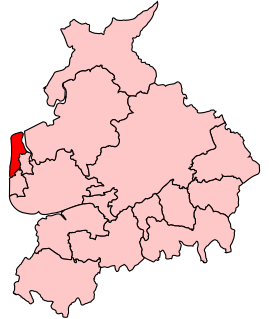 Blackpool North and Fleetwood was a parliamentary constituency represented in the House of Commons of the Parliament of the United Kingdom. From 1997 to 2010, it elected one Member of Parliament (MP) by the first past the post system of election.

Blackpool North and Cleveleys is a constituency represented in the House of Commons of the UK Parliament since 2010 by Paul Maynard, a Conservative. 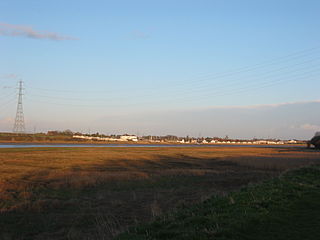 Thornton–Cleveleys was a railway station in England which served the Lancashire village of Thornton and town of Cleveleys. Located on the now disused line between Poulton-le-Fylde and Fleetwood, the station also had a shunting yard for the making-up of freight trains for Preston and beyond. During its life it was also known at times as Thornton station and Thornton for Cleveleys station. In the 1860s and early 1870s the line was of great importance, being the direct route from London to Glasgow. Before the Shap route was opened, passengers would travel from Euston to Fleetwood and then onwards via steamer to Scotland. 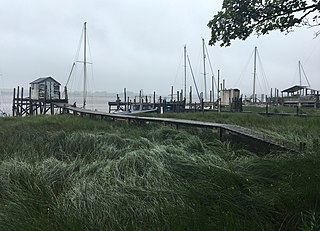 Skippool is an area of Thornton-Cleveleys, Lancashire, England. It is situated between Little Thornton and Poulton-le-Fylde along the western banks of the River Wyre, about three miles south of its mouth between Fleetwood and Knott End. These banks are known as Skippool Creek, an historic docks area now home to mostly run-down vessels. The MV Good Hope, for example, may date from the 1830s. Skippool Creek is a short branch off of Main Dyke, which empties into the River Wyre in front of Blackpool and Fleetwood Yacht Club. 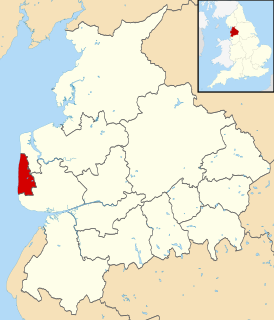 The Borough of Blackpool is a local government district with the status of a unitary authority in the ceremonial county of Lancashire, England. The borough covers the large seaside town of Blackpool and includes notable suburbs such as South Shore, North Shore and the large village of Bispham. The borough is bordered to the north and north-east by the Borough of Wyre, and to the south and south-east by Borough of Fylde, both of which are non-metropolitan districts in Lancashire. The western boundary is the coast. It forms part of the Blackpool Urban Area. 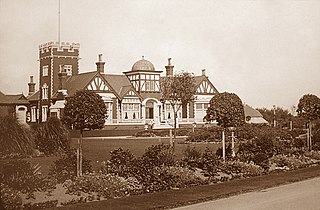 The Illawalla was an historic Edwardian single-story building in the Skippool area of Thornton, Lancashire, England. Built in 1902, it was demolished in 1996, after lying derelict for six years, to make way for three exclusive homes. Its name is preserved in the name of the road on which these houses now stand and also in the name of the adjacent cricket club, whose grounds partly occupy the land The Illawalla stood on.

Raikes Farmhouse is an historic building in Thornton-Cleveleys, Lancashire, England. Replacing a building dating from at least 1595, the current structure was built in 1692, with a rear extension added in the 19th century. It has been designated a Grade II listed building by Historic England. The property is located on Raikes Road, just southeast of its junction with Stanah Road and Hillylaid Road.

Marsh Farmhouse is an historic building in Thornton-Cleveleys, Lancashire, England. Built in 1803, it is a Grade II listed building. It is located to the southeast of today's Amounderness Way roundabout at Victoria Road West. 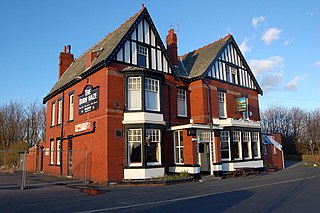 The Burn Naze is a public house in the English conurbation of Thornton-Cleveleys, Lancashire. Dating to 1910, when it replaced the former Burn Naze Inn, it is one of the oldest pubs in the area, and was listed as a community asset in 2021.