To the 5 Boroughs is the sixth studio album by the American hip-hop group, Beastie Boys. The album was released on June 14, 2004 internationally, and a day later in the United States. The album debuted #1 on the Billboard 200, becoming the group's third consecutive album to do so, with 360,000 copies sold in its first week and is certified Platinum by the RIAA for sales of over 1,000,000 in the U.S. It was the group's first major release after the September 11 attacks on New York City and reflects on the after-effects. [3]

The album's lead single "Ch-Check It Out" debuted on The O.C. in "The Strip" from Season 1, airing on April 28, 2004. [4] The album was the cause of some controversy with allegations that it installed spyware when inserted into the CD-ROM of a computer. [5] The band has denied this allegation saying there is no copy protection software on the albums sold in the U.S. and in the U.K. While there is Macrovision CDS-200 copy protection software installed on European copies of the album this is standard practice for all European releases on EMI/Capitol Records released in Europe and it does not install spyware or any form of permanent software. [6]

The album was met with positive reviews, with an aggregated score of 71 on Metacritic. [9] Playlouder said "To the 5 Boroughs is a triumph." [18] Rolling Stone said "To the 5 Boroughs is an exciting, astonishing balancing act: fast, funny and sobering." [15] Jason Thompson of PopMatters called To the 5 Boroughs "their best album since Paul's Boutique ". [19] Tom Sinclair of Entertainment Weekly wrote, "The beats are[...] simple and effective, with a welcome lack of bells and whistles that made Hello Nasty so distracting." [10] AllMusic said: "It's rather impressive that they're maturing gracefully turning into expert craftsmen who can deliver a satisfying listen like this". [2] The NME said: "Like Missy Elliott, the Beasties are re-examining hip hop—what it was, what it is, what it can be". [12] The Onion AV Club said: "With To the 5 Boroughs, Beastie Boys' members discover a musical entryway to an earlier, more innocent era, affording listeners the exuberance of youth along with the hard-won wisdom that can only come with experience." [20] E! Online rated the album as a B− saying it was "fun but hardly fresh. [21]

Beastie Boys were an American rap rock group from New York City, formed in 1981. The group was composed of Michael "Mike D" Diamond, Adam "MCA" Yauch, and Adam "Ad-Rock" Horovitz. Beastie Boys were formed out of members of experimental hardcore punk band the Young Aborigines in 1978, with Diamond as vocalist, Jeremy Shatan on bass guitar, John Berry on guitar, and Kate Schellenbach on drums. When Shatan left in 1981, Yauch replaced him on bass and the band changed their name to Beastie Boys. Berry left shortly thereafter and was replaced by Horovitz. 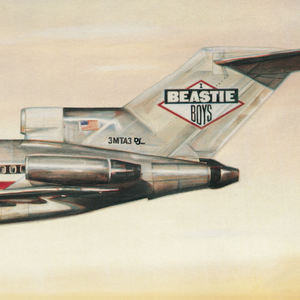 Licensed to Ill is the debut studio album by American rap rock group Beastie Boys. It was released on November 15, 1986, by Def Jam and Columbia Records, and became the first rap LP to top the Billboard album chart. It is one of Columbia Records' fastest-selling debut records to date and was certified Diamond by the Recording Industry Association of America in 2015 for shipping over ten million copies in the United States. 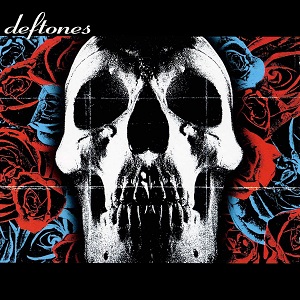 Deftones is the fourth studio album by American alternative metal band Deftones, released on May 20, 2003, by Maverick Records. The album features a broader spectrum of musical styles than the band's previous albums, ranging from some of their heaviest compositions to moody trip hop and shoegaze influences. It was the band's last album to be produced by Terry Date until Ohms in 2020, although he did produce their unreleased album Eros. 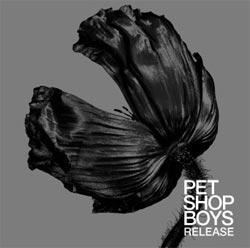 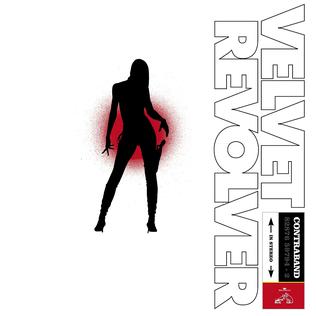 Contraband is the debut studio album by American hard rock band Velvet Revolver, released on June 8, 2004, by RCA Records. A commercial success, Contraband debuted at number one on the American Billboard 200 chart and was certified double platinum by the RIAA. 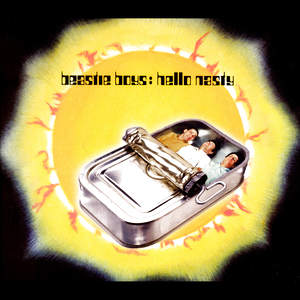 Hello Nasty is the fifth studio album by American rap rock group Beastie Boys. It was released on July 14, 1998, by Capitol Records and sold 681,000 copies in its first week, debuting at number 1 on the Billboard 200 album sales chart. The album won two awards at the 1999 Grammys, in the categories of Best Alternative Music Album and Best Rap Performance by a Duo or Group for "Intergalactic". In the Beastie Boys Book, Ad-Rock said he felt that Hello Nasty was their "best record". 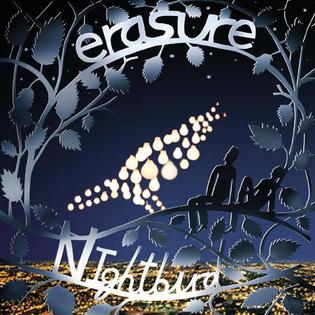 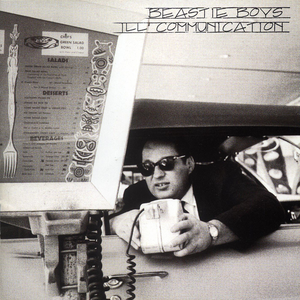 Ill Communication is the fourth studio album by American hip-hop group Beastie Boys, released by Grand Royal Records on May 31, 1994. Co-produced by Beastie Boys and Mario Caldato, Jr., it is among the band's most varied releases, drawing from hip hop, punk rock, jazz, and funk, and continues their trend away from sampling and towards live instruments, which began with their previous release, Check Your Head (1992). The album features musical contributions from Money Mark, Eric Bobo and Amery "AWOL" Smith, and vocal contributions from Q-Tip and Biz Markie. Beastie Boys were influenced by Miles Davis's jazz rock albums On the Corner (1972) and Agharta (1975) while recording Ill Communication. 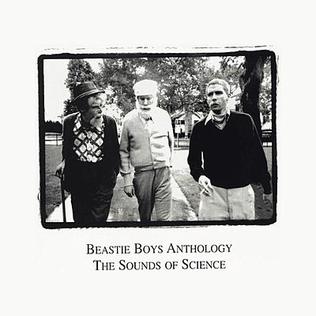 Beastie Boys Anthology: The Sounds of Science is the first anthology album by American rap rock group Beastie Boys composed of greatest hits, B-sides, and previously unreleased tracks. The retail release comes with a tri-fold sleeve that displays the majority of the band's album covers, as well as a booklet of liner notes. The title of the anthology is from the song of the same name, featured on their second album, Paul's Boutique. 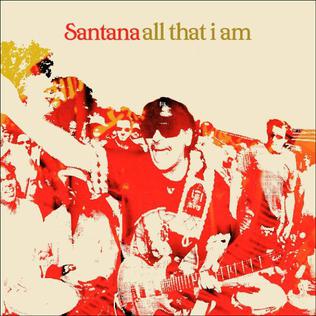 All That I Am is the twentieth studio album by Santana and follow-up to the band's 2002 Shaman. It was released on October 31, 2005 in most of the world and a day later in the United States. All That I Am follows the format of his previous two studio releases, consisting primarily of collaborations with other artists. The album debuted at #2 on the Billboard 200.

Millennium is the third studio album by American boy band Backstreet Boys, released by Jive Records on May 18, 1999. It was a highly anticipated follow-up to both their US debut album, and their second internationally released album. It was their first album to be released in both the US and internationally in the same form, at the same time. 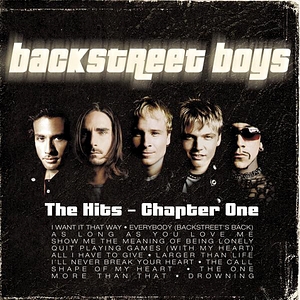 The Hits – Chapter One, also known as Greatest Hits – Chapter One internationally, is the first greatest hits album released by American boy band, the Backstreet Boys. The album features 15 songs by the group, as well as a new song, "Drowning". "Drowning" was the album's only single, peaking at number four on the UK Singles Chart and charting in the top 10 in several countries. 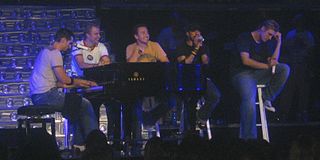 The discography of American pop vocal group Backstreet Boys consists of ten studio albums, 31 singles, one live album, three compilation albums and 33 music videos. Formed in Orlando, Florida in 1993, the group consists of Nick Carter, Brian Littrell, Kevin Richardson, A.J. McLean and Howie Dorough. Richardson left the group in 2006 to pursue other interests, but rejoined in 2012. The Backstreet Boys released their debut single "We've Got It Goin' On" in 1995, which peaked at number sixty-nine on the Billboard Hot 100. The single, however, entered the top ten in many European countries. Their debut album, Backstreet Boys, was released internationally in 1996, and was certified three times platinum in Europe, and diamond in Canada. In 1997, they released their second international album, Backstreet's Back, which continued their international success. At the same time, they released their second self-titled album in the United States. It peaked at number four and eventually became the tenth best-selling album of the 1990s. 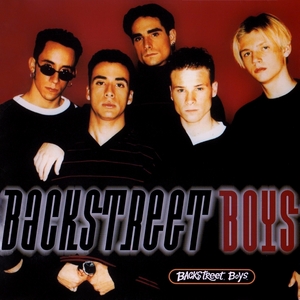 Backstreet Boys is the debut studio album by American boy band Backstreet Boys, released on May 6, 1996, by Jive Records in Germany. It was a success, becoming one of the biggest debut albums ever. It contains a number of the band's most memorable singles. All of those singles were later released on the group's second self-titled album, Backstreet Boys (1997), their debut in the United States in 1997, which compiled songs from this album and the band's second international release Backstreet's Back (1997). 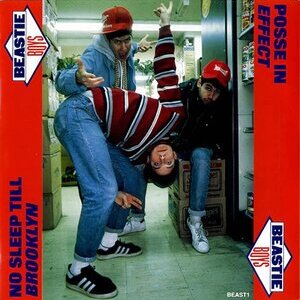 "No Sleep till Brooklyn" is a song by the New York hip hop group the Beastie Boys, and the sixth single from their debut studio album, Licensed to Ill. One of their signature songs, it describes an exhaustive tour and all the events that make it tiresome, but also emphasizes their determination not to rest until they reach their home base of Brooklyn. "No Sleep till Brooklyn" was a popular concert favorite for the Beastie Boys and traditionally used as their closing song. Among other references to then-popular metal, the title is a play on the Motörhead album No Sleep 'til Hammersmith. The song has been several covers and parodies including "Stutter Rap " by Morris Minor and the Majors. 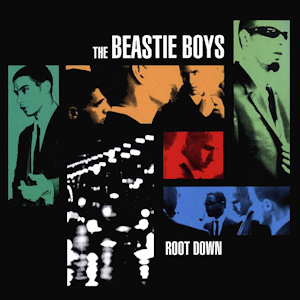 Root Down is an EP by American hip hop group Beastie Boys, released in 1995. 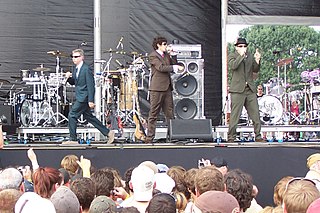 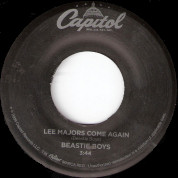 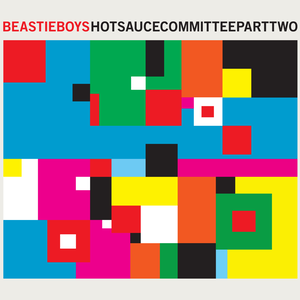 Hot Sauce Committee Part Two is the eighth and final studio album by American hip hop band Beastie Boys, released on May 3, 2011, through Capitol Records. The project was originally planned to be released in two parts, with Hot Sauce Committee, Pt. 1 originally planned for release in 2009. The release was delayed after band member Adam "MCA" Yauch's cancer diagnosis. After a two-year delay, only one collection of tracks, Part Two, was released and the plan for a two-part album was eventually abandoned after Yauch's death on May 4, 2012.