Last updated February 18, 2020
Not to be confused with Design language.

In computing, a visual programming language (VPL) is any programming language that lets users create programs by manipulating program elements graphically rather than by specifying them textually. [1] [2] A VPL allows programming with visual expressions, spatial arrangements of text and graphic symbols, used either as elements of syntax or secondary notation. For example, many VPLs (known as dataflow or diagrammatic programming) [3] are based on the idea of "boxes and arrows", where boxes or other screen objects are treated as entities, connected by arrows, lines or arcs which represent relations.

VPLs may be further classified, according to the type and extent of visual expression used, into icon-based languages, form-based languages, and diagram languages. Visual programming environments provide graphical or iconic elements which can be manipulated by users in an interactive way according to some specific spatial grammar for program construction.

A visually transformed language is a non-visual language with a superimposed visual representation. Naturally visual languages have an inherent visual expression for which there is no obvious textual equivalent.[ citation needed ]

Current developments try to integrate the visual programming approach with dataflow programming languages to either have immediate access to the program state, resulting in online debugging, or automatic program generation and documentation. Dataflow languages also allow automatic parallelization, which is likely to become one of the greatest programming challenges of the future. [5]

The Visual Basic, Visual C#, Visual J# etc. languages of the Microsoft Visual Studio IDE are not visual programming languages: the representation of algorithms etc. is textual even though the IDE embellishes the editing and debugging activities with a rich user interface. A similar consideration applies to most other rapid application development environments which typically support a form designer and sometimes also have graphical tools to illustrate (but not define) control flow and data dependencies.

The following contains a list of notable visual programming languages.

Many modern video games make use of behavior trees, which are in principle a family of simple programming languages designed to model behaviors for non-player characters. The behaviors are modeled as trees, and are often edited in graphical editors.

Helix is a database management system for the Apple Macintosh platform, created in 1983. Helix uses a graphical "programming language" to add logic to its applications, allowing non-programmers to construct sophisticated applications. 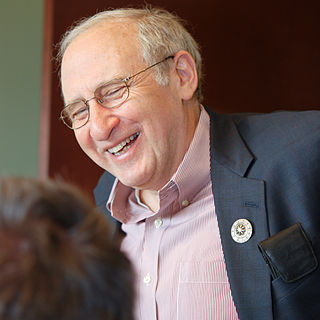 The following outline is provided as an overview of and topical guide to computer programming:

Microsoft Robotics Developer Studio is a Windows-based environment for robot control and simulation. It is aimed at academic, hobbyist, and commercial developers and handles a wide variety of robot hardware. It requires the Microsoft Windows 7 operating system. 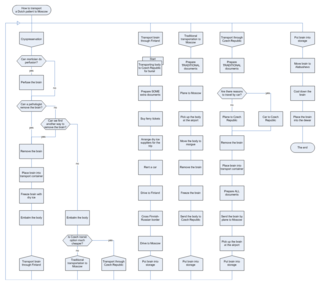 DRAKON is an algorithmic visual programming and modeling language developed within the Buran space project following ergonomic design principles. The language provides a uniform way to represent flowcharts of any complexity that are easy to read and understand.

A workflow application is a software application which automates, to at least some degree, a process or processes. The processes are usually business-related but can be any process that requires a series of steps to be automated via software. Some steps of the process may require human intervention, such as an approval or the development of custom text, but functions that can be automated should be handled by the application. Advanced applications allow users to introduce new components into the operation. 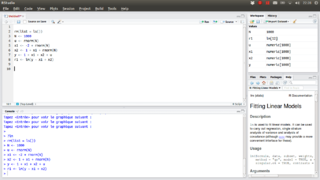 RStudio is an integrated development environment (IDE) for R, a programming language for statistical computing and graphics. It is available in two formats: RStudio Desktop is a regular desktop application while RStudio Server runs on a remote server and allows accessing RStudio using a web browser.

Parametric design is a process based on algorithmic thinking that enables the expression of parameters and rules that, together, define, encode and clarify the relationship between design intent and design response.

This article was originally based on material from the Free On-line Dictionary of Computing, used with permission. Update as needed.