The Wallis and Futuna national rugby sevens team is a minor national team that competes in the Pacific Games and in regional tournaments.

The Tahiti national rugby union team is a third tier rugby union team, representing the island of Tahiti in French Polynesia, an overseas collectivity of France. They first played in 1971 and have played just 12 games to date, four against the Cook Islands and three against Niue. Other games have been played against Samoa, Wallis and Futuna, Papua New Guinea and Tonga. France played a match against Tahiti at the end of their 1979 tour and won 92-12. Plans to have annual "test" match series against Pacific island neighbours, New Caledonia have been put on hold, due to time, availability, finances, and coaching and refereeing resources. They have yet to qualify for the Rugby World Cup. Rugby union in Tahiti is administered by the Fédération Tahitienne de Rugby de Polynésie Française. Currently, players who have represented or played for the Tahiti national rugby team, are eligible to represent France. However, playing at a professional level can only enable this. At present there are several Tahitian professional rugby players abroad in France’s Top 14 and Pro D2 professional competition. 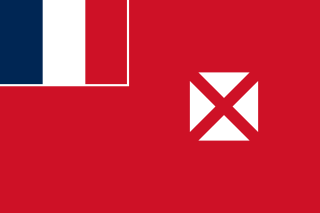 Rugby union at the 1969 South Pacific Games, currently known as the Pacific Games, was hosted at Port Moresby, the capital of Papua New Guinea. Fiji were hot favourites of the tournament, and delivered on that promise, producing some three-figure scorelines – beating New Caledonia by 113-13, and the Solomon Islands by 113-3.

The 2013 Pacific Mini Games was the ninth edition of these Games. They were held in Mata Utu, Wallis and Futuna, Territory of France, from 2 to 12 September 2013.

Wallis and Futuna competed at the 2019 Pacific Games in Apia, Samoa from 7 to 20 July 2019. The country participated in five sports at the 2019 games.

The men's rugby sevens tournament at the 2019 Pacific Games was held in Samoa from 12 to 13 July 2019. It was hosted at the St Joseph's Sports Field in Lotopa. Fiji won the gold medal with a 7-5 victory over Samoa in the final.