Last updated May 19, 2021
This article is about the men's team. For the women's team, see Uganda women's national rugby sevens team.

The Uganda national rugby sevens team is a minor national sevens side. One of Uganda's biggest accomplishments has been to win a berth at the 2016 Dubai Sevens, the first leg of the 2016-17 World Rugby Sevens Series. Uganda won this berth by winning the 2016 Africa Cup Sevens. [1] [2] The following year, they qualified to the 2018 Rugby World Cup Sevens by winning the 2017 Africa Cup Sevens, marking their first ever World Cup appearance. [3]

Uganda’s only World Cup Sevens appearance came in 2018, when Uganda defeated Zimbabwe and Uruguay to finish in 19th place.

Alatasi Tupou is a Samoan professional rugby union player from Apia, Samoa. He has represented Samoa in both rugby fifteens and sevens and was also a member of Mystic River's the 2016 National Championship squad in the American Rugby Premiership.

The 1999 South Africa Sevens was an annual rugby sevens tournament that took place at the Danie Craven Stadium in Stellenbosch between 10–11 December 1999. It was the first edition of the South Africa Sevens with it being the second leg of the 1999–2000 World Sevens Series. Sixteen teams competed in the tournament and were divided into four groups of four with the top two teams qualifying for the quarter-finals. 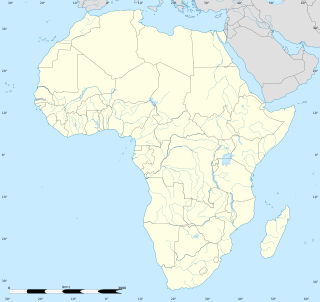 The 2017 Rugby Africa season contains a series of rugby union tournaments scheduled for 2017 and organised by the governing body of rugby union in Africa, Rugby Africa. The top-tier event is the Rugby Africa Gold Cup – formerly simply known as the Africa Cup – a six-team competition which was played on a round-robin basis from June to August 2017.

This is the qualifications of the 2018 Rugby World Cup Sevens aimed at selecting men's rugby sevens national teams that appeared in the finals in San Francisco. A total of 55 nations took part in the qualifying process.

The 2017 Africa Cup Sevens is a rugby sevens tournament held in Kampala, Uganda on 6–7 October 2017. It will be the 5th championship in a series that began in 2013.

The 2017 Dubai Sevens was the first tournament within the 2017–18 World Rugby Sevens Series. It was held over the weekend of 1–2 December 2017 at The Sevens Stadium in Dubai, United Arab Emirates.

Aphiwe Odwa Dyantyi is a South African professional rugby union player who currently plays for the South Africa national team, the Lions in Super Rugby, the Golden Lions in the Currie Cup and the Golden Lions XV in the Rugby Challenge. He is currently suspended from all rugby pending alleged doping allegations, which also ruled him out of participating in South Africa's successful 2019 rugby world cup campaign. His regular position is wing or centre.