The Malaysia national rugby sevens team is a minor national sevens side. They have competed in the Hong Kong Sevens since the 1980s. [1] Malaysia also qualified for the 2010 Commonwealth Games. [2] 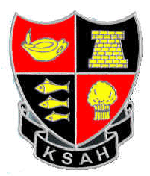 Kolej Sultan Abdul Hamid located in Alor Setar, Kedah, is one of Malaysia's oldest and most prestigious schools. Founded in 1908 as Government English School (G.E.S.), it is also one of the country's oldest English-medium schools. The students of Kolej, are mostly boys as Forms 1 to 5 are for boys only, and the Lower and Upper Sixth Forms are co-educational. 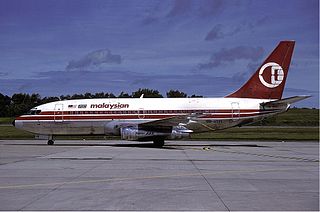 This article lists important figures and events in Malaysian public affairs during the year 1977, together with births and deaths of notable Malaysians. MAS Flight 653 was hijacked and crashed in Johor on 16 December, killing 100 people.

This article lists important figures and events in Malaysian public affairs during the year 1998, together with births and deaths of notable Malaysians. Malaysia hosted the XVI Commonwealth Games in Kuala Lumpur between 11 and 21 September.

This article lists important figures and events in Malaysian public affairs during the year 1991, together with births and deaths of notable Malaysians.

The Malaysia national rugby union team has not played at the Rugby World Cup, but has attempted to qualify since the South African World Cup in 1995.

The Most Esteemed Order of the Defender of the Realm is a Malaysian federal award presented for meritorious service to the country. The Order Motto are 'Dipeliharakan Allah-Pangkuan Negara'.

The Most Esteemed Order of Loyalty to the Crown of Malaysia is a Malaysian federal award presented for meritorious service to the country and awarded by the sovereign.

This article lists important figures and events in Malayan public affairs during the year 1949, together with births and deaths of significant Malayans.

Muhammad Zubir bin Mohd Azmi is a Malaysian football player who plays for Malaysia Super League side Sabah as a left back. 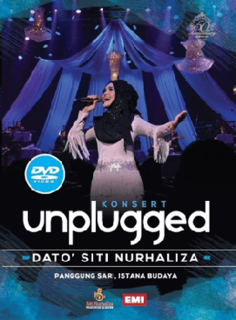 Unplugged is a live album by Malaysian recording artist Siti Nurhaliza. It was released in multiple formats, both physical and digital in Malaysia on 30 June 2015. The main live tracks were all taken from her 2015 unplugged concert at Istana Budaya on 7 April 2015. The CD, digital download and LP record versions of the album however come with three new bonus songs, "Menatap dalam Mimpi", "Engkau" ("You") and "Mikraj Cinta". All were recorded specifically to accompany the three audio releases.

Jamek Mosque, officially Sultan Abdul Samad Jamek Mosque is one of the oldest mosques in Kuala Lumpur, Malaysia. It is located at the confluence of the Klang and Gombak River and may be accessed via Jalan Tun Perak. The mosque was designed by Arthur Benison Hubback, and built in 1909.

Malaysia competed at the 2018 Commonwealth Games in the Gold Coast, Australia from April 4 to April 15, 2018.

Malaysia participated in the 2018 Asian Games in Jakarta and Palembang, Indonesia from 18 August to 2 September 2018. At the last edition in Incheon, the country placed 14 in the medals tally, with 5 gold medals from squash, sailing, and karate. In 2018 edition, Malaysia was represented by 447 athletes and 140 officials at the Games. 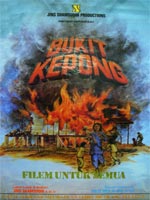 Bukit Kepong is a 1981 Malaysian action and patriotic film produced and directed by Jins Shamsuddin starring himself, A. Rahim and Hussein Abu Hassan. The film was based on the real story of Communist terrorist siege of Bukit Kepong in 1950. The film has won eight awards in the third Malaysia Film Festival in 1982, including Best Film. The Bukit Kepong film was released in 1981. It was the most expensive film eighties decade with the production cost totalling MYR 1.3 million.