William Davis was an English priest in the 17th century. 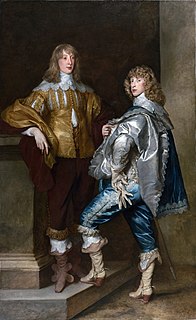 Cavalier was first used by Roundheads as a term of abuse for the wealthier royalist supporters of King Charles I and his son Charles II of England during the English Civil War, the Interregnum, and the Restoration. It was later adopted by the Royalists themselves. Although it referred originally to political and social attitudes and behaviour, of which clothing was a very small part, it has subsequently become strongly identified with the fashionable clothing of the court at the time. Prince Rupert, commander of much of Charles I's cavalry, is often considered to be an archetypal Cavalier. 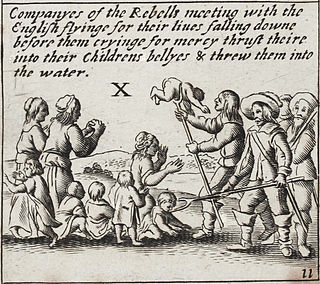 The First English Civil War, August 1642 to June 1646, took place in England and Wales and forms one of the conflicts known collectively as the 1638 to 1651 Wars of the Three Kingdoms. Others include the Bishops' Wars, the Irish Confederate Wars, the Second English Civil War, the Third English Civil War, and the Cromwellian conquest of Ireland. Modern estimates suggest that 15% to 20% of all adult males in England and Wales served in the military at some point between 1638 to 1651, while around 4% of the total population died from war-related causes, compared to 2.23% in World War I. These figures demonstrate the impact of the conflict on society in general and the bitterness it engendered.

A drawing room is a room in a house where visitors may be entertained, and a historical term for what would now, in the United States, be called a living room. The name is derived from the 16th-century terms withdrawing room and withdrawing chamber, which remained in use through the 17th century, and made their first written appearance in 1642. In a large 16th to early 18th century English house, a withdrawing room was a room to which the owner of the house, his wife, or a distinguished guest who was occupying one of the main apartments in the house could "withdraw" for more privacy. It was often off the great chamber and usually led to a formal, or "state" bedroom.

This is a list of people who have served as Lord-Lieutenant of Suffolk. Since 1642, all Lord Lieutenants have also been Custos Rotulorum of Suffolk.

Apology for Smectymnuus, or An Apology for a Pamphlet, was published by John Milton in April 1642. It was the final of his antiprelatical tracts which criticize the structure of the Church of England.

The Noordsche Compagnie was a Dutch cartel in the whaling trade, founded by several cities in the Netherlands in 1614 and operating until 1642. Soon after its founding, it became entangled in territorial conflicts with England, Denmark, France, and other groups within the Netherlands.

Donji Dušnik is a village situated in Gadžin Han municipality in Serbia.

Ličje is a village situated in Gadžin Han municipality in Serbia.

Henry Huncks was an English soldier who was briefly governor of Barbados from 1640 to 1641. During the English Civil War, he was a lieutenant colonel in the army, fighting on the Cavalier side in support of the king.

The Raising of Lazarus is an oil-on-panel painting by the Dutch artist Rembrandt from early in his career; it was probably painted between 1630 and 1632. The work depicts the Raising of Lazarus as told in the Gospel of John, Chapter 11. It is in the collection of the Los Angeles County Museum of Art.

Events from the year 1642 in Sweden 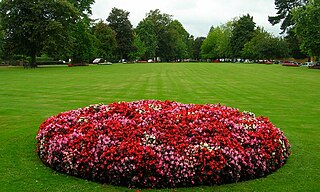 The Battle of Muster Green was a minor battle of major significance that took place during the first week of December 1642 on and around the then much larger Muster Green in Haywards Heath during the first year of the First English Civil War. A Royalist army under Colonel Edward Ford, High Sheriff of Sussex, marching from Chichester to seize Lewes for the King encountered a smaller but more disciplined Parliamentarian army under Colonel Herbert Morley waiting for them on Muster Green.