Yukhon (also Meunsai) was the fifth king of the Lao kingdom of Lan Xang. He was the younger brother of Phommathat, and possibly a minor. He ruled 8 months but Nang Keo Phimpha (the de facto ruler of the kingdom) soon became dissatisfied with his performance as king and planned to have him executed. He fled but was assassinated at Phadao on orders from Nang Keo Phimpha.[ citation needed ]

Year 1343 (MCCCXLIII) was a common year starting on Wednesday of the Julian calendar.

Year 1438 (MCDXXXVIII) was a common year starting on Wednesday of the Julian calendar.

'Phra Lak Phra Ram' is the national epic of the Lao people, and is the Lao adaptation of the Dasaratha Jataka, a story narrating one of the previous life of Buddha as a Bodhisatta named Rama. It was brought to Laos and other Southeast Asia by propagation of Buddhism. The story reached Laos much later than Cambodia and Thailand (Siam) and thus was affected by local adaptation.

Kham Tam Sa was a king of Lan Xang who ruled for five months, before he was assassinated by Nang Keo Phimpha. His father was Samsenthai and his mother was Queen Keo Sida of Sip Song Panna. Kham Tam Sa succeeded his brother Khon Kham. Before he was king he was appointed Governor of Pak Houei Luang, where he later fled before his assassination.

Khai Bua Ban was a king of Lan Xang, ruling from 1433 until 1436. At the time of his succession, he was governor of Chiengkai. Khai Bua Ban's reign ended after Nang Keo Phimpha ordered his death.

Chế Năng was an Đại Việt vassal king of Champa. During his reign, he tried to conquer previously lost territories of O and Ly. In 1318, the Vietnamese king, Tran Minh Tong, dispatched generals Tran Quoc Chan and Pham Ngu Lao to defeat Che Nang. Che Nang was defeated and escaped to Java.

Nang or nangs may refer to:

Khon Kham was the sixth king of Lan Xang, and reigned for one year and six months. He was the son of King Samsenthai and Queen Noi On Sor of the Kingdom of Lan Na. He was appointed as Governor of Muang Xieng Sa and was granted a ministerial title, when he came of age. He was succeeded by his brother Kham Tam Sa. He was killed at Kokrua, on the orders of Nang Keo Phimpha.

Lusai or Lue Sai was a king of Lan Xang who ruled for six months, before he committed suicide rather than face assassination by Nang Keo Phimpha. He was the oldest son of Samsenthai who had been passed over by his younger brothers. Lusai succeeded his brother Kham Tam Sa. Before he was king he was appointed as Governor of Muang Kabong. Rather than face assassination, he committed suicide in the palace gardens. 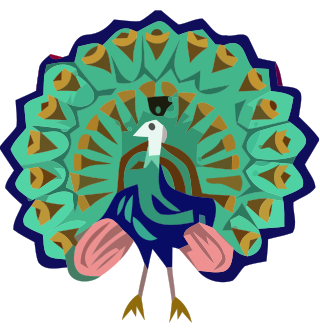 The peacock princess or Chao Sisouthone and Nang Manola is a Tai legend.