The DDR-Liga (English: GDR League or East German League) was, prior to German reunification in 1990, the second level of football competition in the DDR (Deutsche Demokratische Republik or German Democratic Republic, commonly East Germany), being roughly equivalent to the 2. Bundesliga in West Germany.

The league was established with two divisions of ten teams each in 1950 as the level of play below the DDR-Oberliga, and as such was the second tier of the East German football league system. It remained the second tier in various configurations throughout its existence until it was disbanded in 1991.

The champion of each division was directly promoted to the Oberliga. While not having geographical "tags" attached to the division, Staffel 1 was originally equivalent to a Northern Division while Staffel 2 was the Southern Division. The system was not static however, clubs were often moved between groups to balance out league numbers, and sometimes also for political reasons. In the same way, clubs were also moved between cities out of a variety of reasons.

In its second season, the divisions were expanded to twelve teams each, the year after to thirteen and in 1953 to fourteen.

The year 1954 saw the creation of a third group, Staffel 3, making geographical categorizing more difficult, but essentially One was north, Two was south and Three was central.

The league system changed completely in 1955. East Germany followed the example of the Soviet Union and switched to a calendar year system, resulting in a shortened autumn competition for 1955 only with a single division, fourteen-team format. From the 1956 season the league continued to operate as a single division format with the top two teams gaining promotion.

After the 1960 season, the league reverted to the traditional system of playing from autumn to spring. This meant that the 1961-62 season, as a transition season, went through three rounds and each of the fourteen clubs played 39 games.

The year after, the league returned to two divisions, North and South, still with fourteen clubs each and the winners gaining promotion.

In 1963, the two divisions were expanded to sixteen clubs each.

After a lengthy period without changes to the system, the DDR-Ligas were revamped in 1971 when their number was increased to five with eleven teams in the C and D group and twelve teams in the other three. The year after, all five divisions had twelve clubs. The new system meant that not all league winners could be directly promoted. Instead, the five champions played a promotion round with the top two teams gaining entry to the Oberliga.

To a large extent, the five new divisions represented the pre-1950 states of East Germany, Brandenburg, Mecklenburg, Saxony-Anhalt, Saxony and Thuringia, which were all re-formed with the German reunification in 1990.

Until 1976, reserve teams of Oberliga clubs were permitted in the DDR-Liga. They were then banned from entering the second tier in order to increase the appeal of the leagues as attendance for matches involving reserve teams in Germany never were particularly high. This also resulted in the promotion round now definitely being played by the league champions. Previously, when one of the five divisions was won by a reserve team, the best placed first team from the division was entered in the promotion round.

The year 1984 saw the DDR-Liga revert to a two-group system, now with eighteen clubs per division and direct promotion for the champions again. Also, reserve teams were re-admitted to the league but still barred from promotion to the Oberliga.

The 1989-90 season was the last under the old East German system; in the following season the league operated under the name of NOFV-Liga, meaning Nordostdeutscher Fußballverband-Liga (English: Northeast German FA League). The majority of clubs moved away from their, mostly communist, background and adopted new or pre-DDR names. In its final season, 1990–91, the league was under the authority of the German Football Association (DFB), the (West) German Football Association. Reduced to sixteen clubs per division and without reserve teams now, the clubs played for qualification in the united German football league system from 1991. With the exception of the bottom two teams in each league, all clubs went to the new NOFV-Oberligas, the new tier 3 leagues in what were East Germany and West Berlin.

For the most part of the existence of the DDR-Liga, the leagues below it were the 15 Bezirksligas. Those were introduced in 1952. For a brief period from 1955 to 1963, the 2nd DDR-Liga formed the third tier of the East German pyramid. This league, consisting of five regional divisions, was abolished again in 1963 and the Bezirksligas became the level immediately below the DDR-Liga again. In its last season, the newly recreated states of former East Germany introduced their own regional leagues, with the exception of Mecklenburg-Western Pomerania and Berlin. Those still exist today. The Bezirksligas however have mostly either disappeared, changed their name or exist in a different format.

FC Energie Cottbus is a German football club based in Cottbus, Brandenburg. It was founded in 1963 as SC Cottbus in what was East Germany. After the reunification of Germany, Energie played six seasons in the third tier of the German football league system before floating between the 2. Bundesliga and Bundesliga for 17 years between 1997 and 2014. From 2014 to 2016, the club played in the third tier, 3. Liga, and were then relegated to the Regionalliga Nordost. In 2018, they were promoted back into the 3. Liga, only to be relegated again the next season. 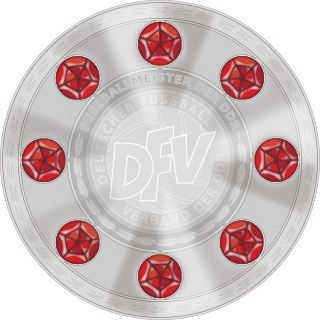 The Oberliga is the fifth tier of the German football league system. Before the introduction of the 3. Liga in 2008, it was the fourth tier. At the end of the 2011–12 season the number of Oberligas was increased from eleven to fourteen. 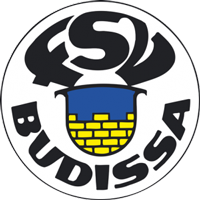 The Fußballspielvereinigung Budissa Bautzen is a German association football club from Bautzen, Saxony. Founded as Fußballclub Budissa Bautzen on 24 May 1904, the club participated in East German football after World War II.

The Brandenburg-Liga (VI) is the highest league for football teams exclusively in the German state of Brandenburg and at step six of the German football league system. Until the introduction of the 3. Liga in 2008 it was the fifth tier of the league system, until the introduction of the Regionalligas in 1994 the fourth tier. The champions of the Brandenburg-Liga are directly promoted to the NOFV-Oberliga Nord. If the champion is from the southern part of the state, it enters the Oberliga Süd.

The Verbandsliga Mecklenburg-Vorpommern is the sixth tier of the German football league system and the highest league in the German state of Mecklenburg-Western Pomerania. Until the introduction of the 3. Liga in 2008 it was the fifth tier of the league system, until the introduction of the Regionalligas in 1994 the fourth tier.

Brandenburger SC Süd is a German association football club from the town of Brandenburg, in the federal state of the same name. The footballers are part of a larger sports club that also has departments for bowling, canoeing, cycling, swimming, and volleyball.

SG Dynamo Hohenschönhausen was an East German sports community from Berlin, affiliated to the SV Dynamo. The sport community offered a wide range of sports. Its football departement was active from 1953 and until 1966.

ASG Vorwärts Leipzig was an East German sports club from the city of Leipzig, Saxony. The history of the club is marked by several wholesale transfers of the football team to other cities. The club was founded in 1951 as Sportsverein Volkspolizei Vorwärts Leipzig as the sports club of the People's Police (VP) based in the city. The name Vorwärts was used in East Germany by those clubs associated with the armed forces, paramilitary organizations, and police.

FSV Glückauf Brieske-Senftenberg is a German football club from Senftenberg in Brandenburg, currently playing in the Landesliga Brandenburg-Süd (VII).

FC Einheit Rudolstadt is a German football club from Rudolstadt in the district of Saalfeld-Rudolstadt, Thuringia. The ground of the club is called Städtisches Stadion im Heinepark. Currently they play their second season in the NOFV-Oberliga Süd.

SV Schott Jena is a German football club located in Jena, Thuringia. It currently plays in NOFV-Oberliga Süd. The team's colours are blue and white.

The FSV Velten was a German association football club from the town of Velten, Brandenburg. 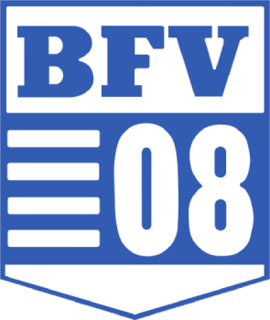 The II. DDR-Liga was, from 1955 to 1963, the third level of football competition in the German Democratic Republic.