DownBeat (stylized DOWNBEAT) is an American magazine devoted to "jazz, blues and beyond", the last word indicating its expansion beyond the jazz realm which it covered exclusively in previous years. The publication was established in 1934 in Chicago, Illinois. It is named after the "downbeat" in music, also called "beat one", or the first beat of a musical measure.

Popular features of DownBeat magazine include its "Reviews" section where jazz critics, using a '1-Star to 5-Star' maximum rating system, rate the latest musical recordings, vintage recordings, and books; articles on individual musicians and music forms; and its famous "Blindfold Test" column, in a which a musician listens to records by other artists, tries to guess who they are, and rates them using the 5-star maximum rating system.

DownBeat was established in 1934 in Chicago, Illinois. [2] In September 1939, the magazine announced that its circulation had increased from "a few hundred five years ago to more than 80,000 copies a month", and that it would change from monthly to fortnightly from the following month. [3] In April 1979, DownBeat went to a monthly schedule for the first time since 1939.

DownBeat was named Jazz Publication of the Year in 2016 and 2017 by the Jazz Journalists Association. [5]

The DownBeat Jazz Hall of Fame's current membership, by year, is listed in the following table. The Readers' Poll began in 1952, the Critics' Poll in 1961, and the Veterans Committee in 2008. [12] 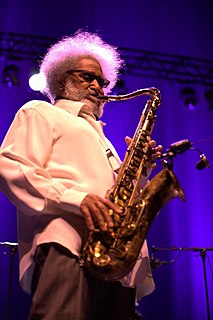 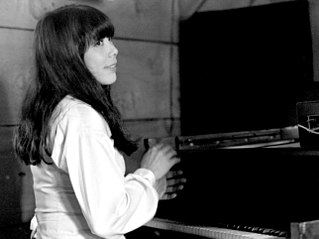 The Four Freshmen is an American male vocal quartet that blends open-harmonic jazz arrangements with the big band vocal group sounds of The Modernaires, The Pied Pipers, and The Mel-Tones, founded in the barbershop tradition. The Four Freshmen is considered a vocal band because the singers accompany themselves on guitar, horns, bass, and drums, among other instrumental configurations. 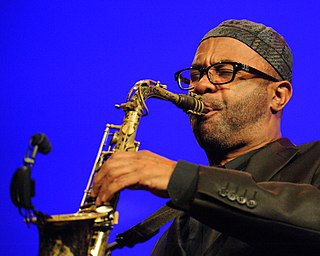 Lewis Barry Tabackin is an American jazz tenor saxophonist and flutist. He is married to pianist Toshiko Akiyoshi with whom he has co-led large ensembles since the 1970s.

Matana Roberts is an American sound experimentalist, visual artist, jazz saxophonist and clarinetist, composer and improviser based in New York City. She has previously been an active member of the Association for the Advancement of Creative Musicians (AACM).

Robert Broom Jr. is an American jazz guitarist, composer, and educator. He was born and raised in New York City, then moved to Chicago, which has been his home town since 1984. He performs and records with The Bobby Broom Trio and his organ group, The Bobby Broom Organi-Sation. While versed in the traditional jazz idioms, Broom draws from a variety of American music forms, such as funk, soul, R&B, and blues. 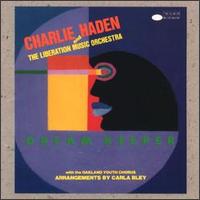 Michael Blum is an American record producer, singer, songwriter and guitarist. In 2020, he was named an inaugural recipient of ASCAP's Peggy Lee Songwriter Award, and he was named the "Rising Star" guitarist in the 63rd Annual Critics Poll in DownBeat magazine.

Matthew Stevens is a Canadian jazz guitarist and composer.

Dezron Lamont Douglas is an American jazz double bassist, composer, and producer. He has produced Louis Hayes, and Brandee Younger.