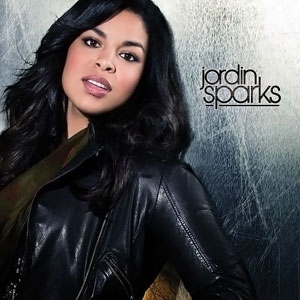 Jordin Sparks is the self-titled debut album by American pop and R&B singer Jordin Sparks, released on November 20, 2007, in the United States, and November 27, 2007, in Canada. In the United States, it debuted at number ten on the Billboard 200 with sales of 119,000 copies in the first week. It has produced four top twenty singles, with "Tattoo" reaching number 8 eight on the US Billboard Hot 100, and "No Air" reaching number three. The album has sold over 3 million copies worldwide, her best-selling album by far. Sparks supported the album with the As I Am Tour and Jesse & Jordin LIVE Tour. The album was certified Platinum for sales in excess of 1,000,000 by the RIAA in the US on December 12, 2008.

Filthy Dukes are a synthpop band from London, England. The band is composed of Olly Dixon, Tim Lawton and Mark Ralph. Having been active since 2005, the band released their debut single "Tupac Robot Club Rock" on Fiction Records. The track features vocals by Philadelphian rap group Plastic Little. Their debut album, Nonsense in the Dark, was released on Monday 16 March 2009 with the track Messages receiving a lot of airplay. It was later released as a single. 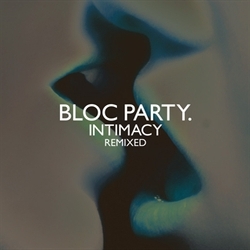 Intimacy Remixed is the remix album to Intimacy, the third album by indie rock band Bloc Party. It was released on 11 May 2009 in the United Kingdom through Wichita Recordings, the band's primary label, in limited edition CD and triple LP formats to coincide with Bloc Party's worldwide touring schedule. The record entered the UK Album Chart at number 79. In the United States, it achieved a peak of number 15 on the Billboard Dance/Electronic Albums chart.

Richard Daniel Warren is an English musician, songwriter and producer.

"LOL Smiley Face" ") is a song by American recording artist Trey Songz. It features rappers Gucci Mane and Soulja Boy and serves as the second single from Songz' third studio album, Ready. The artists co-wrote the song with its producers Troy Taylor and Tony Scales. "LOL Smiley Face" is an R&B song featuring bouncy, poppy synths, and lyrically refers to sexting and other electronic multimedia messaging. The song was released as the second single from Songz's third album Ready on August 24, 2009.

"Exorcism" is Killing Joke's first single from their ninth studio album, Pandemonium. It was released on 11 March 1994 by Butterfly Records.

Castrovalva are an English noise rock band, formed in 2007 in Leeds, West Yorkshire, England. Originally a duo of Daniel Brader (drums) and Anthony Wright, they expanded to a trio with the addition of Leemun Smith (vocals) in 2009. Smith had previously guested on the band's self-titled debut album and provided the cover art. The band is named after the M.C. Escher painting of the same name.

Plastic Little is an American rap group consisting of Jayson Musson (PackofRats), Kurt Hunte, Jon Folmar, Si Young Lee and Michael Stern (SQUID). The name "Plastic Little" comes from the Manga and OVA, Plastic Little simply as, according to Musson, "The way the 2 words go together, I like it". Based in Philadelphia, Pennsylvania; they've worked with other notable artists from the area, including Amanda Blank and Spank Rock.

Lupen Crook is an English musician and songwriter.

Nonsense in the Dark is the debut studio album by English band Filthy Dukes. The album was released on 24 March 2009 through Polydor / Fiction Records.

Away From The Sea is the debut studio album by French electro house artist, Yuksek. The album was released on 9 Feb 2009 through Barclay Records.

Shine is the debut studio album by the English classical crossover singer-songwriter Mary-Jess Leaverland. It was originally released in August 2011, on the label Decca. The album follows her victory on Chinese television talent contest Min Xing Chang Fan Tian in December 2009. Leaverland described the album's sound as a "True hybrid between Classical and Pop with a filmic element and an Oriental thread".

Benjamin Stefanski, better known by his stage name Raffertie, is a British composer and producer, based in London, England. He used to record for Ninja Tune, but now records for Mercury KX, and also runs the Super Recordings record label.

Twin Falls is an indie electronic band from Somerset, England. Revolving largely around Luke Stidson, who previously ran the record label Exercise1 Records. The band has released two EPs and two full-length albums. Their debut album Slow Numb was self-released on 12 September 2011. The Lead single "Janie I will Only Let You Down" was play listed on BBC Radio 1, BBC 6Music, and BBC Radio Bristol throughout 2012. The single release included a remix by New York electronic artist A Million Billion. The follow up 'May All Your Dreams Be Full Of Light' arrived in 2013. The band also appeared live at the 2013 Glastonbury Festival on the BBC Introducing Stage. 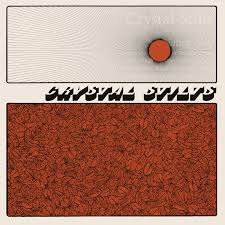 Nature Noir is the third studio album by Brooklyn-based band Crystal Stilts, which was released on September 16, 2013 in the UK and September 17 in the US. The album is the follow-up to 2011's In Love with Oblivion and 2008's debut Alight of Night.

¥eah ¥eah ¥eah No is the third official EP by multi-instrumentalist and Dutch singer Jett Rebel. The EP was released on January 18, 2019 without any announcement. The first and only single of this EP was launched on June 7, 2019, Waiting For The Weekend. This coincided with Rebel's first encounter in England. On June 11, 2019, Rebel put on his first show in Notting Hill Arts Club in London.