Belize, formerly British Honduras, is a politically independent constitutional monarchy located on the north eastern coast of Central America. Belize is bordered on the northwest by Mexico, on the east by the Caribbean Sea, and on the south and west by Guatemala. It has an area of 22,970 square kilometres (8,867 sq mi) and a population of 408,487 (2019). Its mainland is about 180 mi (290 km) long and 68 mi (110 km) wide. It has the lowest population and population density in Central America. The country's population growth rate of 1.87% per year is the second highest in the region and one of the highest in the Western Hemisphere.

Alcalde is the traditional Spanish municipal magistrate, who had both judicial and administrative functions. An alcalde was, in the absence of a corregidor, the presiding officer of the Castilian cabildo and judge of first instance of a town. Alcaldes were elected annually, without the right to reelection for two or three years, by the regidores of the municipal council. The office of the alcalde was signified by a staff of office, which they were to take with them when doing their business. A woman who holds the office is termed an Alcaldesa. 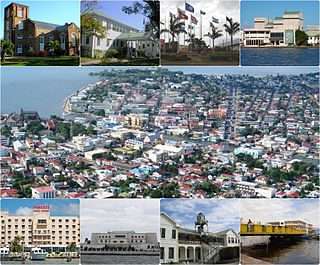 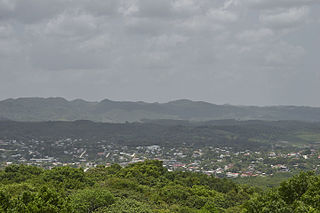 Benque Viejo del Carmen ("Benque") is the westernmost town in Belize, 130 km (81 mi) by road west and south of Belize City, at the Guatemalan border. San Ignacio lies 13 km to the east and Melchor de Mencos just across the border. The Mopan River runs along the town's north and west edges.

City and town councils consist of a mayor and a number of councillors (ten in Belize City, six in Belmopan and the towns). Mayors and councillors are directly elected to three-year terms, using the first past the post system. The most recent municipal elections were held in March 2009. The mayor (except in Belize City) acts as the chief executive of the city or town, and allocates portfolios to the other councillors.

City and town councils have a wide range of functions. According to the Government of Belize website, "urban authorities are responsible for street maintenance and lighting, drains, refuse collection and public cemeteries. They also have discretionary powers over other services including infrastructure, parks and playgrounds, markets and slaughter-houses, public libraries, public buildings and the amenities of the city or town centre." [1] 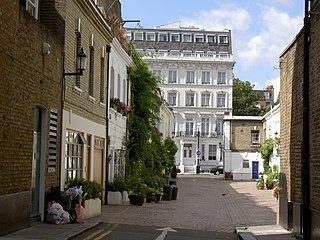 A street is a public thoroughfare in a built environment. It is a public parcel of land adjoining buildings in an urban context, on which people may freely assemble, interact, and move about. A street can be as simple as a level patch of dirt, but is more often paved with a hard, durable surface such as tarmac, concrete, cobblestone or brick. Portions may also be smoothed with asphalt, embedded with rails, or otherwise prepared to accommodate non-pedestrian traffic. 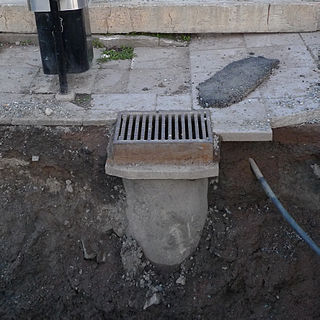 Infrastructure is the fundamental facilities and systems serving a country, city, or other area, including the services and facilities necessary for its economy to function. Infrastructure is composed of public and private physical improvements such as roads, railways, bridges, tunnels, water supply, sewers, electrical grids, and telecommunications. In general, it has also been defined as "the physical components of interrelated systems providing commodities and services essential to enable, sustain, or enhance societal living conditions".

Village councils began in the 1950s and were formalised by the Village Councils Act 1999 which legalised their role and authority to administer village affairs. Villages are declared by ministerial order and one qualification for village status is a minimum of 200 voters. The council is required to meet at least once every quarter and has discretionary powers to appoint committees. Decisions of village committees are subject to the approval of their council.

There are over 180 village councils in Belize. Village councils consist of a chairperson and six councillors, who are directly elected by registered villagers.

Village councils have existed in Belize on an informal basis since the 1950s, but they were first put on a statutory footing by the Village Councils Act 1999. After the Act came into force, the first elections for village councils were held in March and April 2001.

Village councils have a more limited range of functions than town councils. They "encourage and assist co-operation on economic and social development and general welfare", and can run community centres and advise the national government on the affairs of the locality. [1]

Some rural villages in Belize also have an alcalde: a local magistrate who has both an administrative and a judicial role. In addition to presiding over local courts, alcaldes are responsible for managing communal land and act as school officers. This form of local governance is practised mainly in Mayan communities in Belize, but any rural community can choose to appoint an alcalde. [1]

A town council, village council, shire council or shire or rural council is a form of local government for small municipalities.

A community council is a public representative body in Great Britain.

In Ireland, local government functions are mostly exercised by thirty-one local authorities, termed County, City, or City and County Councils. The principal decision-making body in each of the thirty-one local authorities is composed of the members of the council, elected by universal franchise in local elections every five years. Irish Local Authorities are the closest and most accessible form of Government to people in their local community. Many of the authorities' statutory functions are, however, the responsibility of ministerially appointed career officials termed Chief executives. The competencies of the city and county councils include planning, transport infrastructure, sanitary services, public safety and the provision of public libraries.

The Local Government Act 1888 was an Act of the Parliament of the United Kingdom, which established county councils and county borough councils in England and Wales. It came into effect on 1 April 1889, except for the County of London, which came into existence on 21 March at the request of the London County Council. 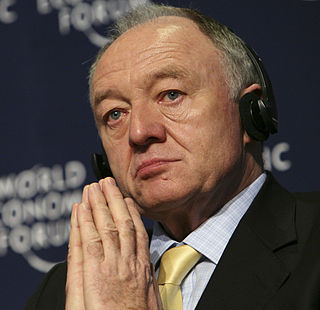 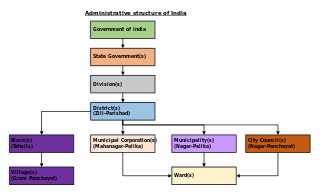 The Localism Act 2011 is an Act of Parliament that changes the powers of local government in England. The aim of the act is to facilitate the devolution of decision-making powers from central government control to individuals and communities. The measures affected by the Act include an increase in the number of elected mayors, referendums and the "Local authority’s general power of competence" which states "A local authority has power to do anything that individuals generally may do".

Local government in the Australian state of Victoria consist of 79 local government areas (LGAs). Also referred to as municipalities, Victorian LGAs are classified as cities (34), shires (38), rural cities (6) and boroughs (1). In general, an urban or suburban LGA is called a city and is governed by a City Council, while a rural LGA covering a larger rural area is usually called a shire and is governed by a Shire Council. Local councils have the same administrative functions and similar political structures, regardless of their classification. They will typically have an elected council and usually a mayor or shire president responsible for chairing meetings of the council. The City of Melbourne has a Lord Mayor and Deputy Lord Mayor, who are directly elected, and in the other councils a mayor and deputy mayor are elected by fellow Councillors from among their own number. Since 2017, the mayor of the City of Greater Geelong has not been directly elected. In addition, there are also 10 unincorporated areas, consisting of small islands or ski resorts, which are administered either by the state government or management boards.