The Governor-General of Belize is the viceregal representative of Belize who is also Commander in Chief of The Belize Defence Force. The position is largely ceremonial which the power is rarely exercised.[ clarification needed ]

It was announced that Sir Colville Young would be retiring on 30 April 2021 and would be replaced by Mopan Maya community leader Froyla Tzalam. [3] It was reported by 7 News Belize that she would take up the position "likely at the end of May", with cabinet secretary Stuart Leslie acting as Governor-General in the meantime. [4]

The office of Governor-General is provided for by Part IV, Sections 30 to 35 of the Constitution. These state:

a. by reason that he is in passage from one part of Belize to another; or
b. at any time when there is a subsisting appointment of a deputy under section 33 of this Constitution.

32.- A person appointed to hold the office of Governor-General shall, before entering upon the duties of that office, take and subscribe the oath of allegiance and office.
33.-

2. The power and authority of the Governor-General shall not be abridged, altered or in any way affected by the appointment of a deputy under this section, and, subject to the provisions of this Constitution. a deputy shall conform to and observe all instructions that the Governor-General, acting in his own deliberate judgment, may from time to time address to him:
Provided that the question whether or not a deputy has conformed to and observed any such instructions shall not be enquired into by any court of law
3. A person appointed as deputy under this section shall hold that appointment for such period as may be specified in the instrument by which he is appointed, and his appointment may be revoked at any time by the Governor-General, acting in accordance with the advice of the Prime Minister. 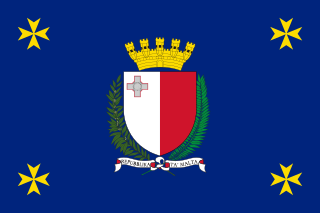 The President of Malta is the constitutional head of state of Malta. The President is indirectly elected by the House of Representatives of Malta, which appoints the president for a five-year term and requires them to swear an oath to "preserve, protect and defend" the Constitution. The President of Malta also resides directly or indirectly in all three branches of the state. They are part of Parliament and responsible for the appointment of the judiciary. Executive authority is nominally vested in the President, but is in practice exercised by the Prime Minister. 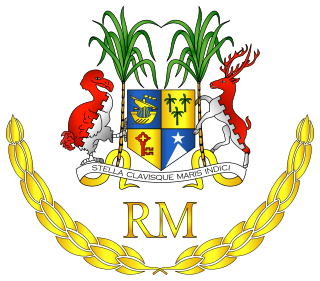 The president of Mauritius is the head of state of the Republic of Mauritius. Mauritius is a parliamentary republic, and the president functions as a ceremonial figurehead, elected by the National Assembly as set out by the Constitution of Mauritius. The current office-holder is Prithvirajsing Roopun He took the office on 2 December 2019. The president's official residence is the State House. 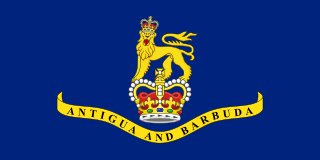 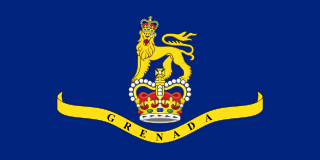 The Governor-General of Grenada has been the representative of the Grenadian monarch since the country's independence from the United Kingdom in 1974. For a list of governors in Grenada before independence, see List of colonial governors and administrators of Grenada.

The prime minister of Malaysia is the head of government of Malaysia. The prime minister directs the executive branch of the federal government. The Yang di-Pertuan Agong appoints a member of Parliament (MP) who, in his opinion, is most likely to command the confidence of a majority of MPs, the prime minister, usually the leader of the party winning the most seats in a general election. 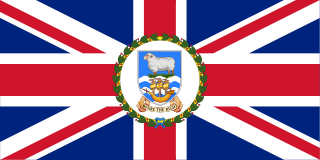 A Deputy of the Governor General is, per the Constitution Act, 1867, one of any individuals appointed by the Governor General of Canada, with the Canadian monarch's consent, to act in his or her stead, exercising any powers so delegated to them by the governor general – generally limited to all abilities save for dissolving parliament, namely, granting Royal Assent to bills passed by parliament, signing Orders in Council, issuing Royal Proclamations, or receiving the credentials of newly appointed ambassadors to Canada.

The Monarchy of Belize is a system of government in which a hereditary monarch is the sovereign and head of state of Belize. The incumbent Queen of Belize is Elizabeth II, who has reigned since 21 September 1981. The heir apparent is Elizabeth's eldest son, Prince Charles, though the Queen is the only member of the royal family with any constitutional role. She and the rest of the royal family undertake various public ceremonial functions across Belize and on behalf of Belize abroad. 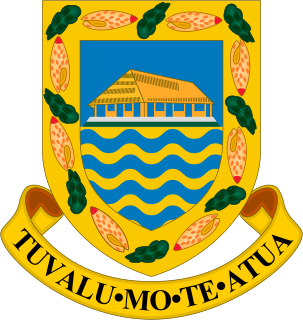 The monarchy of Tuvalu is a system of government in which a hereditary monarch is the sovereign and head of state of Tuvalu. The present monarch of Tuvalu is Queen Elizabeth II, who is also the Sovereign of 15 other Commonwealth realms. The Queen's constitutional roles are mostly delegated to the Governor-General of Tuvalu.

The Buganda Agreement, 1955 was made on 18 October 1955 between Andrew Cohen, the governor of the Uganda Protectorate, and Mutesa II, Kabaka of Buganda. The agreement facilitated Mutesa II's return as a constitutional monarch, ending the Kabaka crisis that began when the Kabaka was exiled to England by Cohen in 1953. It amended the earlier 1900 Uganda Agreement. The final text reflected the agreed outcomes of the Namirembe Conference.

The Laws of the Constitution of Selangor 1959 is the fundamental law of the state of Selangor and establishes the state as a constitutional monarchy with the Sultan of Selangor as the Head of State. It came into force in April 1959 following the independence of Federation of Malaya in 1957.

The Spanish Ombudsman or Defender of the People(Spanish: Defensor del Pueblo) is the ombudsman of the Cortes Generales responsible for defending the fundamental rights and public liberties of citizens by supervising the activity of public administrations.