In 2006, Stenmarck released his first single in Swedish, "Sjumilakliv", which became one of the year's biggest hits in Sweden. [2] The single was certified Platinum and spent 10 weeks at No. 1 on the official Swedish singles chart.[ citation needed ]

The album Nio sanningar och en lögn (Nine truths and one lie) topped the Swedish albums chart and achieved gold status in the first of its three weeks at number 1.

Stenmarck has also embarked on a voice acting career, dubbing animated films. He provided the Swedish voice for Lightning McQueen in the Disney movie Cars . Since 2011, he is the host of the TV show Kvällen är din.

He participated in Melodifestivalen 2019 with the song "Låt skiten brinna". [3] 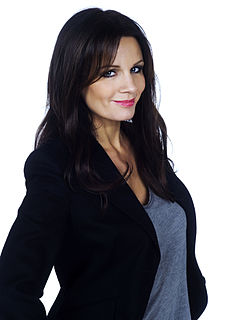 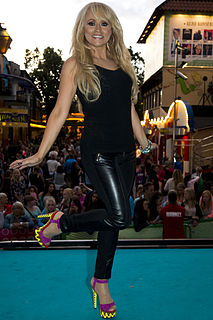 Håll om mig, written by Ingela Forsman and Nanne Grönvall, is a song performed by Nanne Grönvall at Melodifestivalen 2005. The song won a late 2004 contest, as very songs with few female songwriters had been selected for Melodifestivalen. The song was performed for first time in the 4th Melodifestivalen semifinal, inside Växjö tipshall in Växjö on 5 March 2005. From the semifinal, the song went all the way to the final inside the Stockholm Globe Arena one week later. The song became popular among the audience, and was expected to win the final. After the votings, the song received most votes from the TV viewers, but the jury groups appointed the Martin Stenmarck song Las Vegas as winner. Håll om mig ended up second, three points after the winning song. 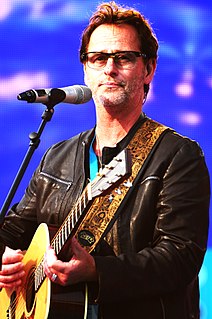 Uno Svenningsson is a Swedish pop singer-songwriter and guitarist, who has been active in music since the late 1970s. He was the singer in the pop group "Freda'" in the early 1980s and early 1990s, and the group had hit songs like "Vindarna" and "Det gör mig så lycklig".

"Las Vegas" performed by Swedish singer Martin Stenmarck, was the winning song for the Swedish Melodifestivalen 2005. The song managed to finish second as the best result at Svensktoppen and 1st at the Swedish singles chart. At the Eurovision Song Contest 2005 in Kiev, Ukraine the song finished 19th of the 24 competing songs in the final. Because the song only got 30 points, Sweden had to first compete in the semifinal at the Eurovision Song Contest 2006.

Martin Svensson also known as Martin is a Swedish singer, author and musician.

"Roma" is a 2005 song by Swedish pop singer of Iranian origin Cameron Cartio. It is sung in a conlang Cameron Cartio himself made. He took part with the song in the 2005 version of Melodifestivalen in Sweden in a bid to represent Sweden in the 2005 Eurovision Song Contest to be held in Kiev, Ukraine.

Fernandoz is a Swedish dansband formed in 1986 in Vitsand, near Torsby. They had a big hit in 1991 entitled with the song "Jag vet att jag vill ha dig". The band won the "svenska dansbandsmästare" award in 1993 and they started appearing on the popular television program Bingolotto, for a number of times. Their most recognized hits include "Guld och gröna skogar", "En dag den sommaren", "När ett hjärta har älskat" Band guitarist Conny Ohlson and singer Anders Nordlund have won a Swedish Grammy "Guldklaven" for their work. 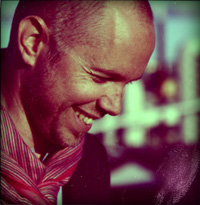 Tomas Andersson Wij, often abbreviated by fans as TAW, is a Swedish singer/songwriter and journalist.

Linus Martin Tommy Svenning is a Swedish singer and songwriter who participated in Melodifestivalen 2014, the selection process for picking the Swedish entry to the Eurovision Song Contest with the song "Bröder".

9 sanningar och en lögn is a studio album by Martin Stenmarck and was released on 25 October 2006.

"Sjumilakliv" is a song written by Martin and David Stenmarck, and recorded by Martin Stenmarck on his 2006 album 9 sanningar och en lögn as well as released as a single the same year. The song topped the Swedish singles chart, and a Bassflow remix was later released. The song was awarded a Grammis Award for "Song of the year 2006" and a Rockbjörnen award in the "Swedish song of the year" category.